That Combat Operations Center deep inside Cheyenne Mountain near Colorado Springs, Colorado, has triggered lots of speculation over the decades. NORAD moved its headquarters to nearby Peterson Air Force Base in 2006, but the underground complex is still used by a number of military and intelligence agencies.

Photos from inside the mountain have never been plentiful, and all images taken or released since 9/11 have been tightly controlled. But there are two older sources of images available, though they've been nearly impossible to obtain. 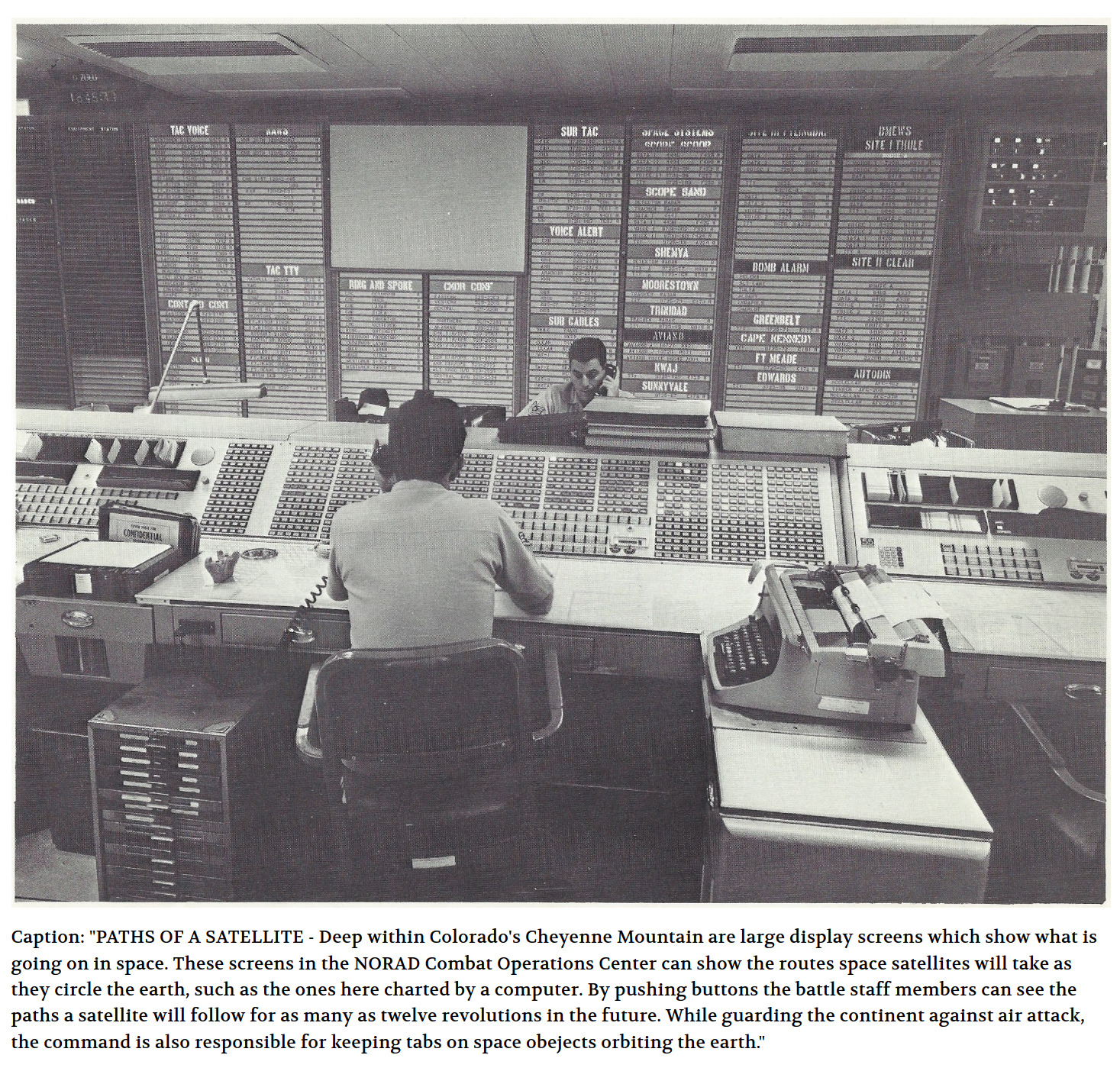 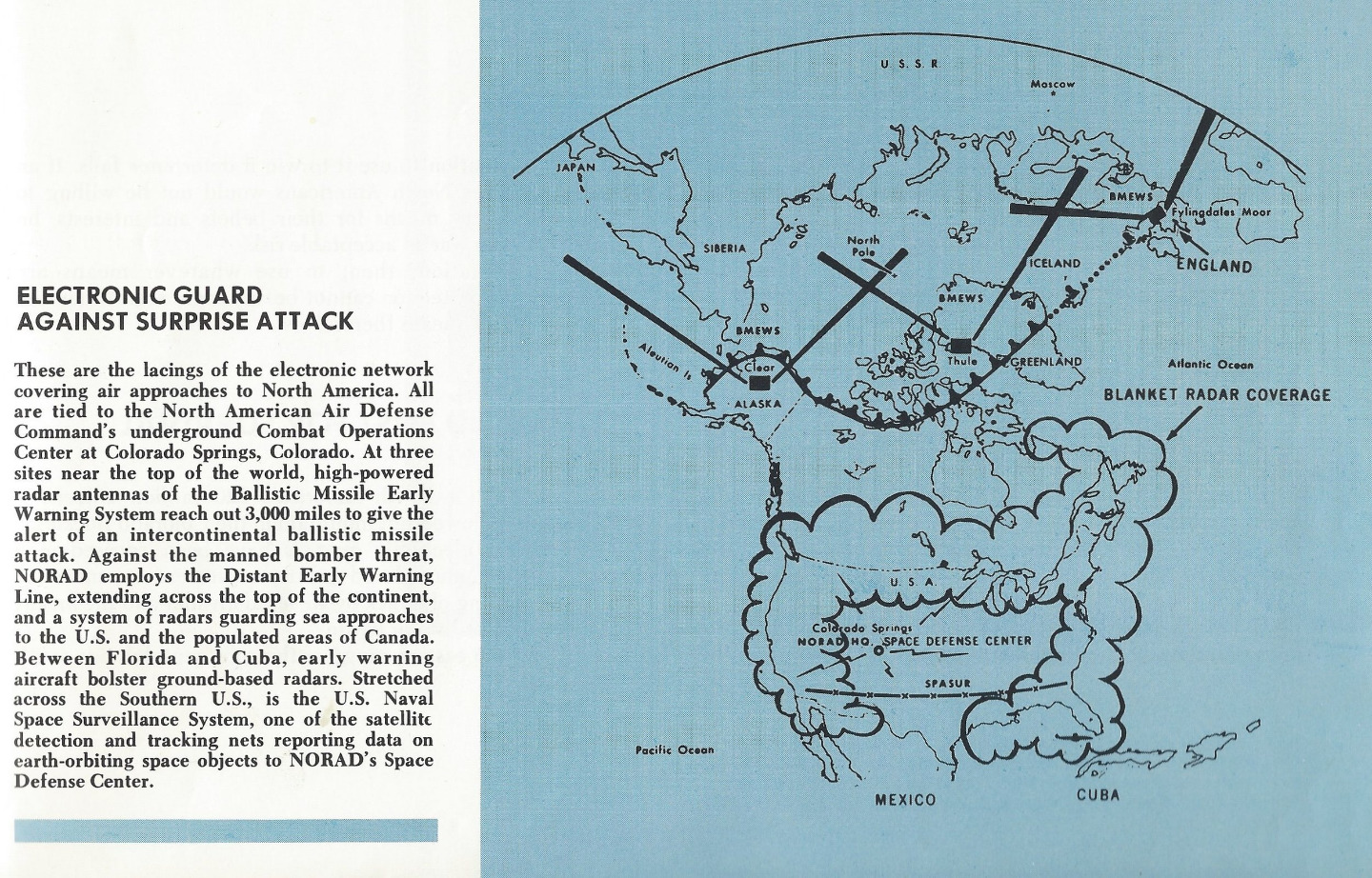 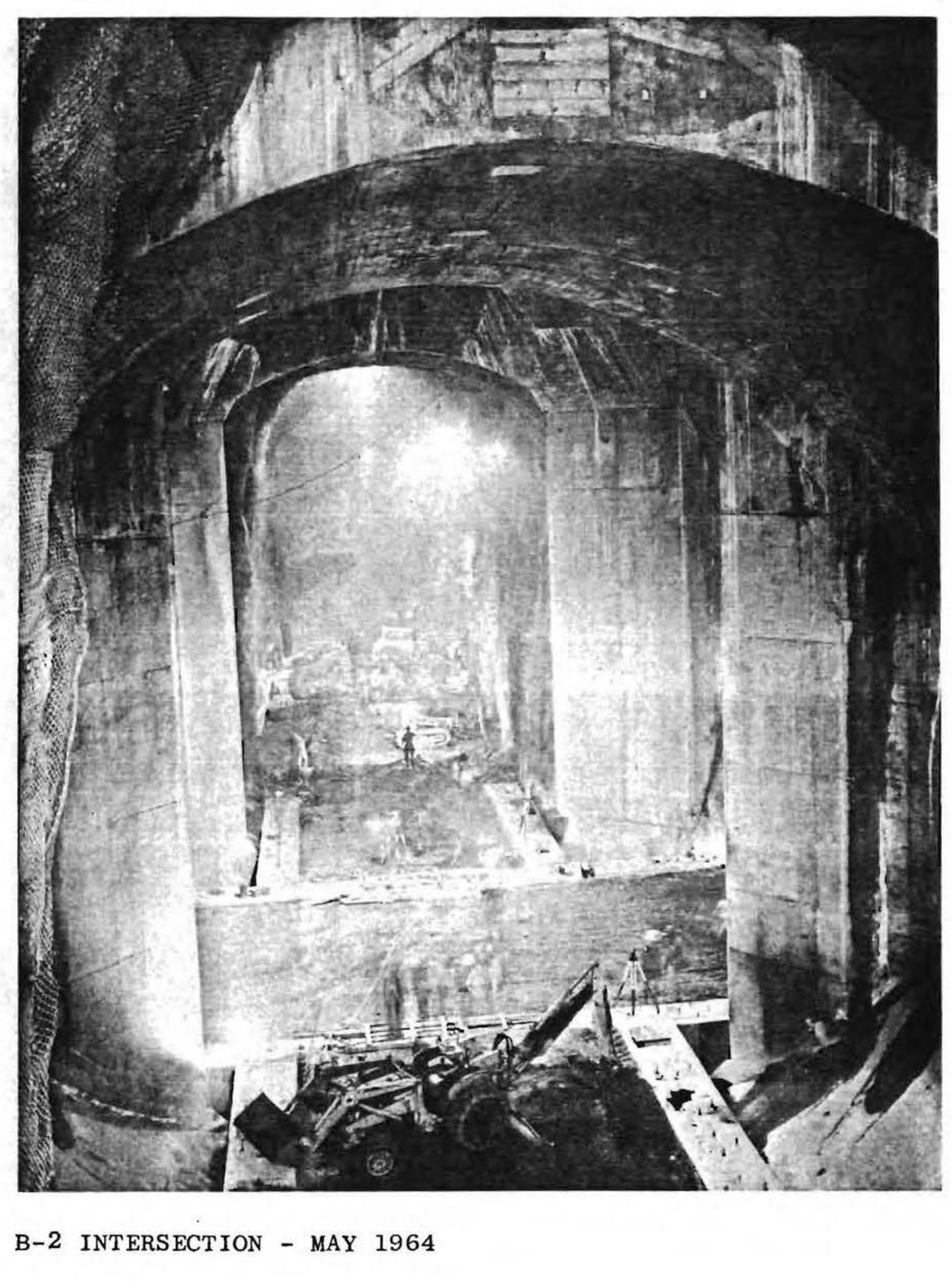 Ran into this post on Reddit today, Photos from Inside NORAD's Cheyenne Mountain Combat Center. Searched ATS and only found a few OP's about Cheyenne Mountain and none linking to this site with many images of the complex.

The oldest one I found was an OP by a supermod. Lol, it is a wall of text with no link. Has some good info in it though. Cheyenne Mountain and the NORAD Complex

The newest one I found is a pretty recent OP linked to the virus. NORAD and USNORTHCOM townhall 03/24/2020 Sending people to Mountains

There are a good number of images at the top link. Many of the pictures I have never seen before.

originally posted by: buddha
Thank you.
good to see they are keeping up with technology.


These two videos are a bit more recent.

posted on Aug, 2 2020 @ 11:37 AM
link
Those NORAD burgers in that video looked pretty damn good. I’d love me some NORADS with cheese please.
edit on 2-8-2020 by ManSizedSquirrel because: (no reason given)

I remember reading somewhere that while they were building this installation they discovered enlarged and reused some already existing ancient tunnel's within the mountain, it was probably just a lie to fill out a story in a book or somewhere on the internet but if true then it would be interesting, of course all it could have meant is that they stumbled onto some old abandoned mine working's and decided to make use of them.

However while this site is now ancient it is still an interesting asset and undoubtedly has long since been expanded and upgraded.

Still remember that the US does have these technology's and and has had them for decades now.
havacuppahemlock1.blogspot.com...

IF real then it would mean that rumours of very large underground - and undersea facility's that make this old site look like a broom closet are in fact true.

Russia also has it's own sites dating back to the slave labour of the soviet years such as the Yamantau underground facility which the Russian Federation still keep's top secret to this day but which is rumoured to be truly massive in scale and consisting of not one but several underground facility's linked by train's as well as a possible underground trains to several other sites.
It is likely that both the soviet union and the US were in a bit of an undeclared arms race to develop these machines at one point.
www.dailymail.co.uk...
The US version however seems to be far superior at least compared to this much older and more primitive mock of the soviet one.

Likely though not a patch on the completely hidden but rumoured US black budget underground sites.

The problem with the Cheyenne mountain site is that it is too famous, they know exactly were it is and can attack it directly so at best it was a short lived command centre while the real one's were probably moved into hardened black budget facility's and of these the soviets there spy satellites and even the US own top secret base builders with the exception of the engineers and planners would not have known there location except for service point's and surface access location's, being designed to survive the obliteration of the surface they are probably completely self sustaining, some have probably been failures due to the structure of the material they encountered and are probably now convenient waste dump's as well.

Think about city sized military base and even another America designed to house the elite and selected individual's for the long haul in case the worst came to the worst.

Obviously the planners never read the bible though.

And the stars of heaven fell unto the earth, even as a fig tree casteth her untimely figs, when she is shaken of a mighty wind. 14And the heaven departed as a scroll when it is rolled together; and every mountain and island were moved out of their places. 15And the kings of the earth, and the great men, and the rich men, and the chief captains, and the mighty men, and every bondman, and every free man, hid themselves in the dens and in the rocks of the mountains; 16And said to the mountains and rocks, Fall on us, and hide us from the face of him that sitteth on the throne, and from the wrath of the Lamb: 17For the great day of his wrath is come; and who shall be able to stand?

posted on Aug, 2 2020 @ 12:07 PM
link
a reply to: LookingAtMars
That second picture, showing the Distant Early Warning Line - I have those locations mapped out on Google Earth. Both active and inactive stations. If anyone is interesting, I can post a link.

One of the more southern stations was located about 30 miles west of where I live; it was decommissioned back in the late 80's I believe.
edit on 2-8-2020 by FosterVS because: (no reason given)

I would love to know what we have underground in the US and the rest of the world.

They have had these tunnel boring machines for many decades. You know they are and were put to good use, all over the world. 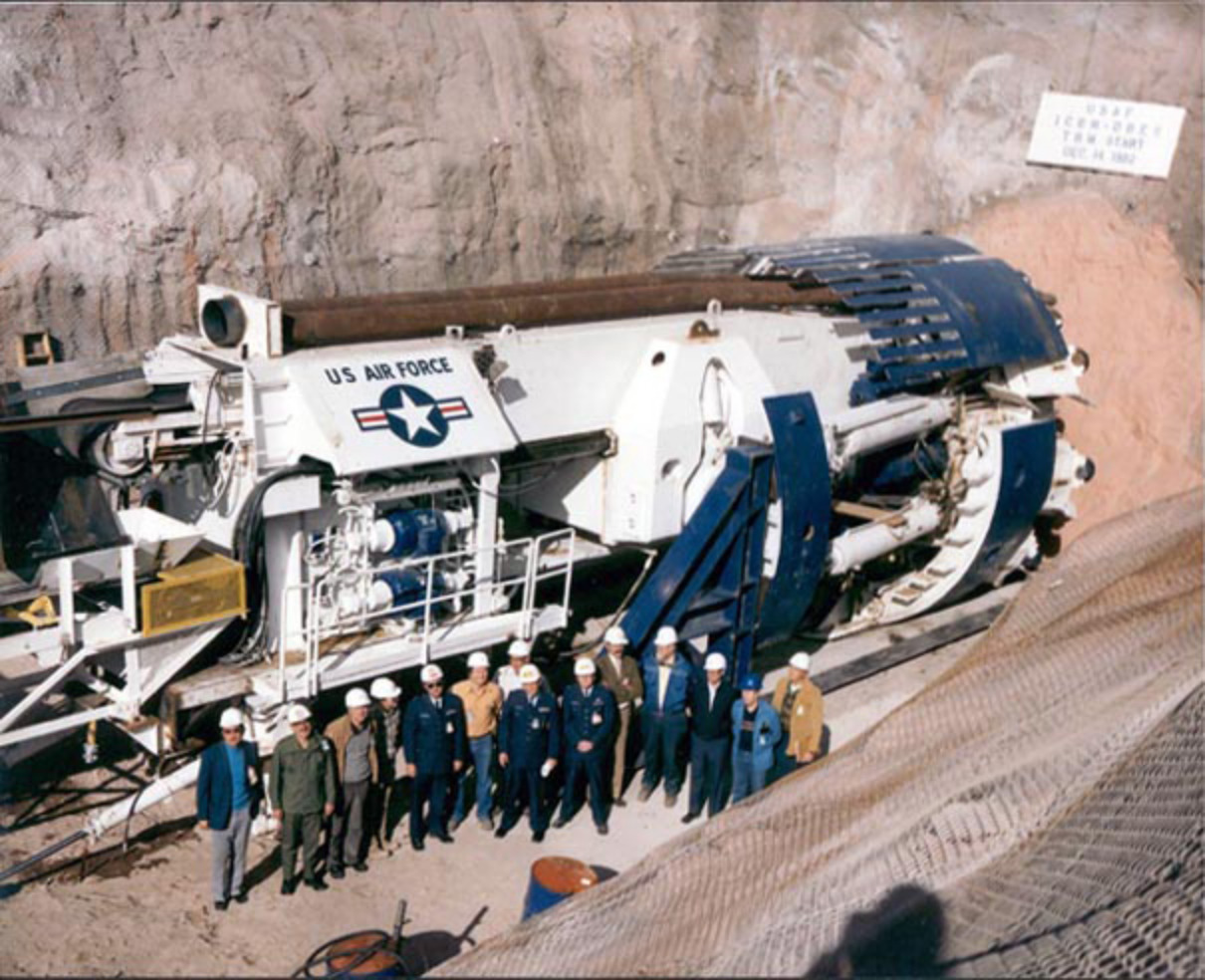 Photo of United States Air Force tunnel boring machine at Little Skull Mountain, Nevada, USA, December 1982. There are many rumors of secret military tunnels in the United States. If the rumors are true, machines such as the one shown here are used to make the tunnels. (Source: U.S. Department of Energy.)

What Are The 129 Underground ‘Cities’ For? 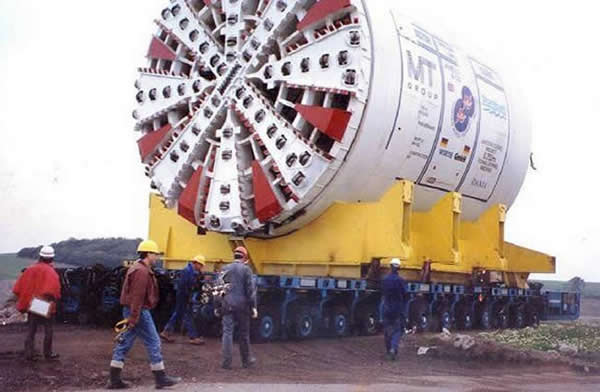 This one belongs to Musk. 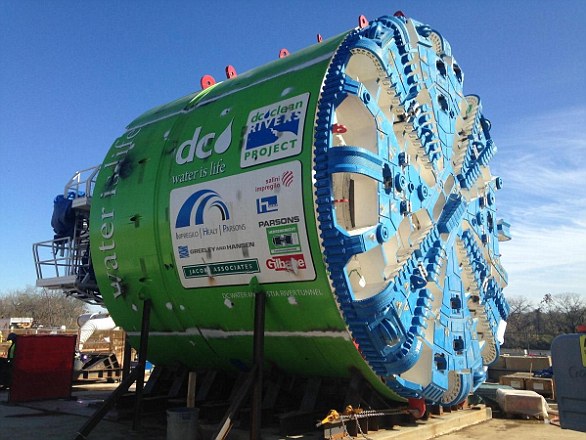 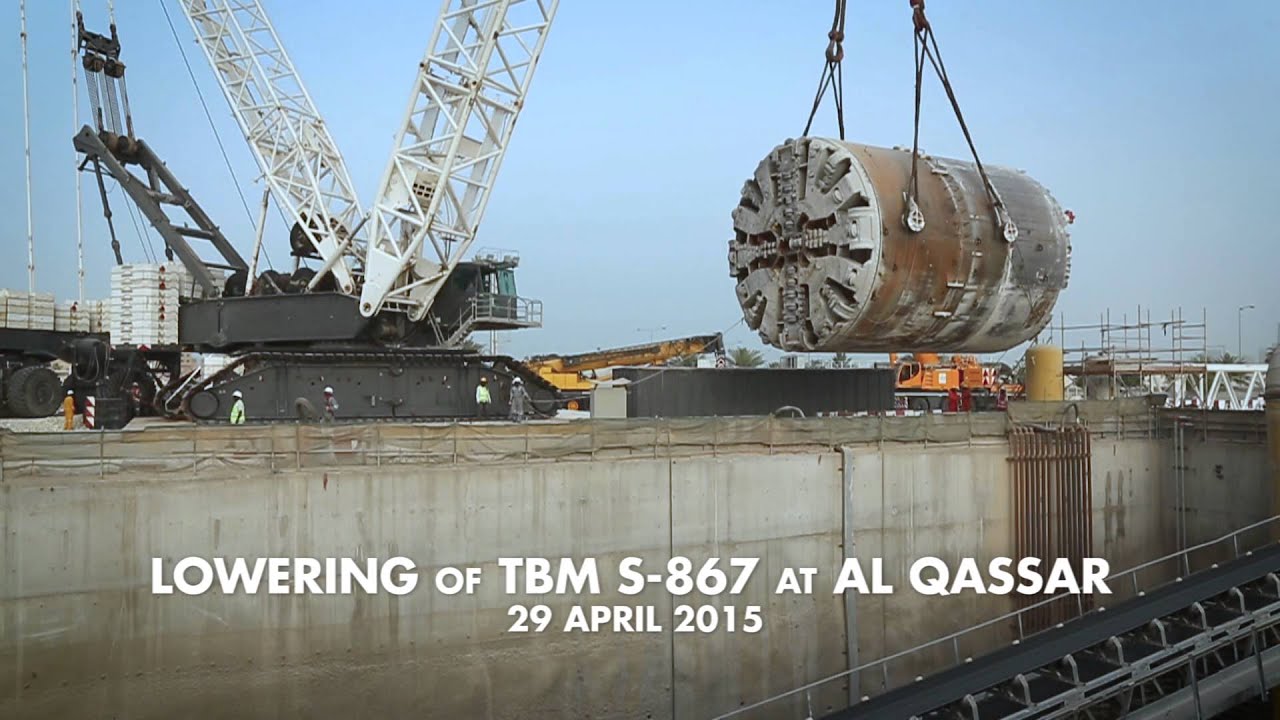 originally posted by: FosterVS
a reply to: LookingAtMars
That second picture, showing the Distant Early Warning Line - I have those locations mapped out on Google Earth. Both active and inactive stations. If anyone is interesting, I can post a link.

One of the more southern stations was located about 30 miles west of where I live; it was decommissioned back in the late 80's I believe.


I downloaded it last time you linked it. It is very much worth the download if you use google earth. Thanks.

posted on Aug, 2 2020 @ 05:59 PM
link
Cool, my father was a duty officer in Cheyenne Mountain from 64-67, and these are the first photos from inside that I have seen. We also lived at the radar site at the northern tip of Vancouver Island in the early 60s, so NORAD is very much a part of our family history. thanks for posting the photos.

originally posted by: ManSizedSquirrel
Those NORAD burgers in that video looked pretty damn good. I’d love me some NORADS with cheese please.


Those were standard issue SAC burgers.
You could choose the "hospital food" type plate , or BYO burger.
Unless you weighed an ounce over 200 .
Then it was salad for you , until you were under 200 .

(and I use "you" here as a representative and not personal)

posted on Aug, 3 2020 @ 07:00 AM
link
a reply to: Gothmog
Thank you for clarifying "you", I did not assume that was aimed at me lol. I was stuck on the BYO burger for a second trying to figure out how "bring your own" burger would work in a cave. I figured out what the B meant. I also don't prefer the marketing of the SAC burger, could we just call it the "Bunker Buster Burger"?

posted on Aug, 3 2020 @ 10:01 AM
link
I have lived in Colorado Springs my entire life. At the moment, I live a couple miles from the base of Cheyenne Mountain. About as close as you can get. Unless you go to the CM Zoo or to Will Rogers Shrine, which are both on the slope of the mountain. I know this city, its mountains (Pikes Peak, Blodgett Peak, Red Mountain etc.) and the surrounding area like the back of my hand. But 90% of Cheyenne Mountain remains unexplored and a complete mystery to me. They used to give tours way back in the day, but I was young and they were discontinued before I got a chance. I will say, deep down, that bothers me a little. But, oh well. what can you do.

posted on Aug, 3 2020 @ 10:48 AM
link
Just think, you could save the world by making that computer play Tic Tac Toe against itself until it gets bored. 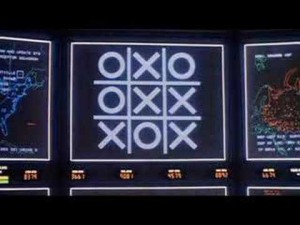 originally posted by: ManSizedSquirrel
a reply to: Gothmog
Thank you for clarifying "you", I did not assume that was aimed at me lol. I was stuck on the BYO burger for a second trying to figure out how "bring your own" burger would work in a cave. I figured out what the B meant. I also don't prefer the marketing of the SAC burger, could we just call it the "Bunker Buster Burger"?

In my opinion , the BYO (Build Your Own) burger was where the fast food places got the ideas for doubles , triples....
You could build it anyway you wanted .
Yet , no fast food place yet has captured the pure goodness.

posted on Jun, 28 2021 @ 03:18 PM
link
I believe in one of his novels Tom Clancy stated there was enough SS-18s pointed at Cheyenne Mountain to turn it in to Cheyenne Lake.

That line always stuck with me.