The Queen Will Not be Amused !

It seems members from one of the British army's longest standing regiments , the Coldstream Guards , have been in a bit of fisticuffs with a group of Royal footmen in a pub close to Buckingham Palace , it's reported 2 men required hospital treatment after the incident .... not from the Coldstream Guards I trust.

The MoD have said they are are investigating the incident.

The altercation was said to have happened about 800m from Buckingham Palace as a group of royal footmen were attending leaving drinks.
www.bbc.co.uk...

The source claimed: "All of a sudden it was a full-scale punch-up. And the soldiers were more used to fighting than the footmen are. They got quite badly injured."

One 20-year-old man suffered a fractured eye-socket, while another had a fractured jaw and required stitches in his tongue, the source told the paper.

Two other footmen were said to have been less seriously injured.
news.sky.com...

Never going to be as much fun as a group of Para's and a group of Marines sharing the same bar but?.

Maybe they were just trying to join the black eyeball club after discovering it's existence here on ATS.
www.abovetopsecret.com... 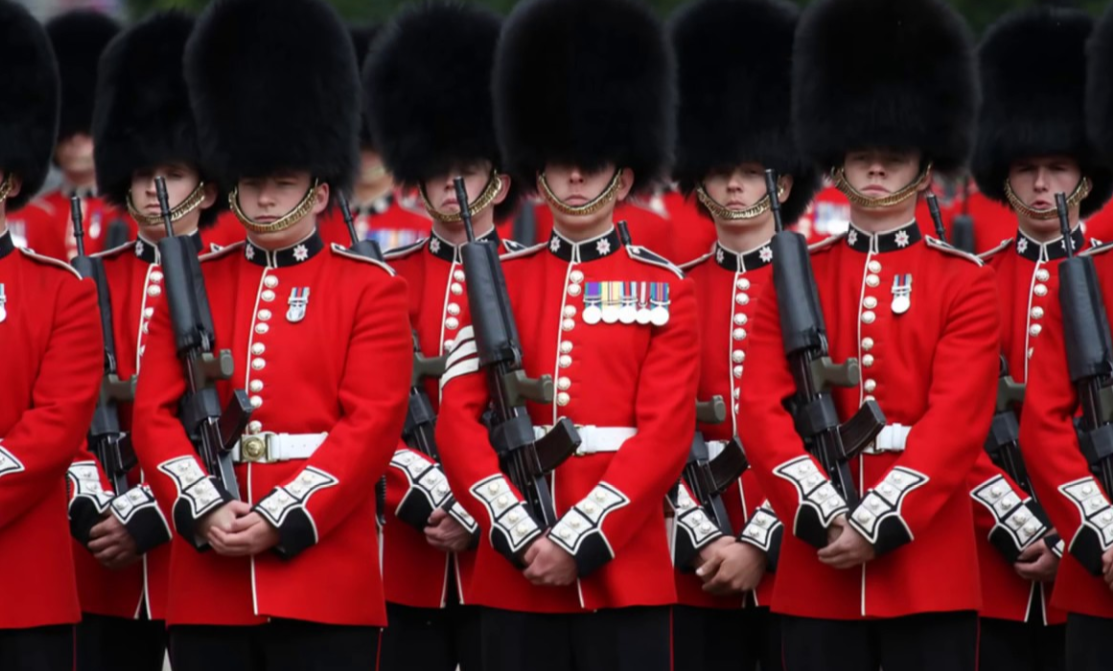 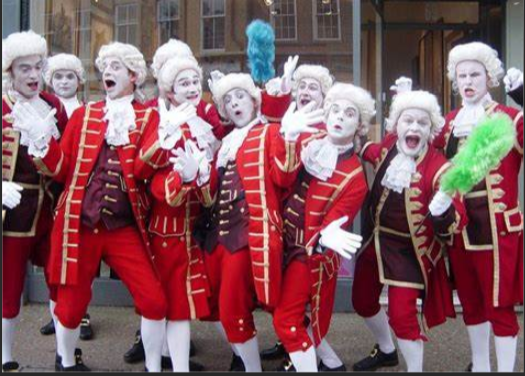 You owe me a new keyboard! beer just gone eveywhere.

I live in a relatively large town a few miles north of Catterick Garrison.
en.wikipedia.org...

We always have groups of squaddies - during 'normal' times that is - coming in to town.
Many pubs won't serve them as there is a long history of trouble.

Seen many an incident involving locals and squaddies and between different groups of squaddies with each other, some from a closer viewpoint than I'd really like to go into!

Squaddies ALWAYS fight with each other when out on the drink.

When I first left school I used to go to my local pub with my Dad at lunchtimes - I wasn't working and my Dad worked permanent night shift at the time - and I got to know an old bloke who fought in the first World War.
I used to love sitting there and listening to his stories.
One of the many he told me was about when they used to return from the front line to get some relief etc.
He said they obviously always went on the lash and always ended up fighting with squaddies from other Brigades/Divisions/Regiments even Companies or Platoons.
He told me they had some right old ding-dongs with Canadian Forces - who they had enormous respect for - who apparently loved a bit of a scrap in their down time!

The point is; squaddies always fight, it sort of goes with the job.

Just spat out my gin! The OP itself had me giggling.....until you posted that! Thank you....sincerely!
Rainbows
Jane

posted on Aug, 1 2020 @ 02:05 PM
link
Its counter productive and not something i comprehend .
I joined the Military my self and quickly learned there was NO such thing as groups have each others back .
They did not seam to distinguish between the enemy and each other very well .

It makes me wonder how the heck ANY country manages to last more then a 100 years .
Humans are ready to fight and kill on the drop of a hate we are wolfs .
once the group gets bigger then so many of us we fight and fight and fight .

Intelligence miens little On the other hand aregence miens Everything . And humans all believe they are Alphas .
Old saying to many chiefs not enough Indians ( is that no lone PC ? lol

Those Canadians seem to be born to fight.....probably why the Country exists living next to America huh?

Austrailians are 2nd to Canadians in terms of loving the battle....then come Americans only because they have been tainted by firearms fear and are losing their hnad-to-hand history because of it....Americans roast each other with words and hand gestures or strafe houses with Uzis.....so its risky business liking fisticuffs in America now.

I think us Brits take some beating.....literally.

It is a national pastime, and has been for centuries.
Going back three or four hundred years ago it was common place for youths from villages to travel to neighbouring villages on holidays - Holy Days - to have a bit of a rumble with their opposite numbers.

And all the countries mentioned are former colonies of the UK and have very close links with each other......what does that tell us?

I remember once being on the door of my mates pub and I noticed a load of squaddies entering a Weatherspoons pub over the road - my mate had a 'no squaddies' policy for this reason - and then about ten or fifteen minutes later another largish group entered the pub.
I knew exactly what was going to happen......and sure as #, maybe half an hour later a few of them flew out of the door into the street arguing. Then a few more followed by a LOT more and then the inevitable; around thirty or forty squaddies knocking ten bells out of each other in the middle of the street.
The local Old Bill turned up and cordoned off both ends of the street and just let them get on with it......until about only five minues later when the Military Police arrived.
All the squaddies were rounded up and took back to Catterick.
They avoided an appearance in Court but I'm absolutely certain every single one of them received some sort of punishment from The Army.

A few of them used to get in one of the pubs I had. I never had any bother with them......but I would never let them in after 7pm.......I used to send them round to my mates pub where the above occurred.
I always used to get angry phone calls off him, which amused me immensely.
edit on 1/8/20 by Freeborn because: typo

The Footmen must have been putting glue on the floor of the sentry boxes again!

I had a cousin who was in the Colstream Guards, and they ain't just for show!

They eat bubble and squeak.


At least they don't have kangaroos.

I guess that’s what you get in Trump’s UK...

They eat bubble and squeak.


At least they don't have kangaroos.


Some do eat kangaroos though...

Lol....I have English roots....I absolutely understand...the inborn need to dust it up.

Perhaps it is the canadian misfortune of being squeezed by two sections of the USA that makes us need to stay scrappy. The whole concept of the polite canadian who says sorry constantly, which we do, is just a cover. People here keep their aggression on the low down and use it as the element of surprise. Always fun.