There is something wrong with white people

When you see white people protesting against being white?

Yea, something is wrong with em.

posted on Aug, 1 2020 @ 08:02 AM
link
a reply to: DeathSlayer
Ok boomer, but most of this so called riots are carried out by pissed off white Ppl, and white supremacist infiltrators.

I have no white guilt and never had it.

See how easy it is to call someone a racist.

posted on Aug, 1 2020 @ 08:31 AM
link
There is something wrong with all people. This movement acts as though only whites are racist which is pure arrogance. I’ve personally had a black person, who I thought was a friend at work, snub me and another employee when he was around his off work friends. Someone who was really friendly at work to the both of us was the exact opposite outside of work had no time for us at a McDonalds. We were too white to be seen talking to and I could see it in his reaction to me saying “Hi”.
His friends turned away and he did too and all we did was let him know we see him and wanted to say “Hi”.

Racism begins or ends within yourself.

The BLM movement has been hijacked like every movement that made traction before it. Remember the Grassroots Movement? It was hijacked with a few months and changed within, just like BLM now. It is now purely a political movement, and just like the Grassroots, it will die down when this election year is over.

originally posted by: DeathSlayer
...ALL minorities who want to get in my face and lecture me on racism will get their ass handed to them in a small sandwich bag.

When you coming back to the United States, the country you abandoned, with your .50cal to set things straight, tough guy? 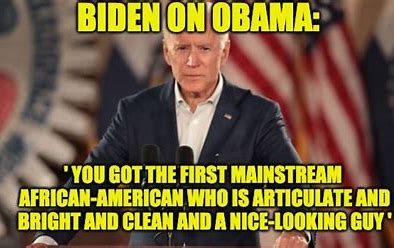 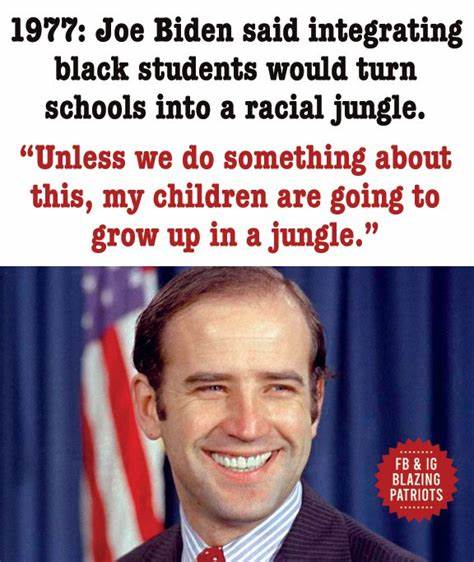 Biden used the "N" word 13 times during Senate hearings in 1985 www.thesun.co.uk... www.lawenforcementtoday.com... This in in Senate Transcripts

originally posted by: DeathSlayer
Obama had 8 years to get racisim under control and what did he and Biden do about racism?

They made it worse!!

Obama is a racist himself!

Of course most Americans either forgot or deny this FACT!

Many forget that BLM was formed under the Obama/Biden administration. Perhaps the most racially divisive organization since the KKK because they will attack people physically who dare to say anyone's life matters except the lives of Black people.

Many forget that ANTIFA first began rioting/destroying property and committing general mayhem in the USA during the Obama/Biden administration.

At that time Obama/Biden encouraged BLM and the DNC during their convention voted to support BLM and all its objectives.

I don't recall a single time when Obama/Biden objected to ANTIFA rioting and destroying property on campuses to prevent a conservative from speaking or to prevent students from hearing anything but a liberal point of view.

What race was the person who shot a child in Seattle in the CHAZ/CHAD whatever occupation?

What races were the people who shot and killed people in Seattle in the CHAZ/CHAD whatever occupation?

Oh, that's right, BLM said those lives don't matter because they weren't killed by white people. BLM actually said that pointing out these murders of black people while protesting that Black Lives Matter, didn't matter and took away from their message.

BLM said that pointing out the hundreds of black people murdered by black people during this summer of love in cities like NY, Chicago, etc takes away from their message. BLM doesn't think these black lives matter because they were killed by other black people.

Get real, look at footage of the riots nation wide, and what we are told is politically correct these days, look at people's skin color at all the riots. Remember we have been told that to be "color blind" is to be a racist and that the first thing one MUST notice about another person is the color of their skin so as not to be a racist. (typical liberal ...)

According to BLM the ONLY perpetrators who can commit crimes that matter are white people. So why not take the next step and blame all white people for the rioting/looting/violence, yep, that makes perfect sense. Because according to liberals a crime only matters if it is perpetrated by a white person, it does not matter if perpetrated by a black person - even if that black person kills a black child or several black children as has happened this summer of love.

originally posted by: The2Billies
At that time Obama/Biden encouraged BLM and the DNC during their convention voted to support BLM and all its objectives.

I believe it came about with the Mike Brown incident.

posted on Aug, 1 2020 @ 09:54 AM
link
a reply to: The2Billies
look if wanna say Black folks are the ones rioting ok , knock your self out ,I'm sure there is enough evidence to support your statement, just know this , this protest/ riots isn't like any that came before. It.


originally posted by: The2Billies
At that time Obama/Biden encouraged BLM and the DNC during their convention voted to support BLM and all its objectives.

Obama became President in 2009 and Biden was VP then

Regardless of "your" timeline, Obama was President and Biden was Vice President during the formation of BLM and when the DNC voted to support BLM wholeheartedly.

I was alive and an adult then and remember the 2016 DNC fawning all over BLM and gushing with support for BLM, it's platform and its message. Perhaps you were too young to remember.

Of course, I'm sure you were too young to remember Biden in Senate hearing saying the "N" word over 13 times. You may not have even been born and probably weren't alive when Biden said of integrative bussing that it would cause a racial jungle. I wonder how BLM can support a super old white man who freely and publicly used the "N" word over a dozen times in the Senate. Oh well, that is liberalism, selective memory. Oops, I forgot, it is perfectly ok for an old white man to have said the "N" word if he is a liberal.

And this is why we can't have nice things...

I offered several examples that prove the OP incorrect -- grossly incorrect! -- and I get crickets! Including the OP. But folks sure continue spouting the selective "facts" that float their bubbles. One might think that those most outraged would be happy to learn of good people doing good things... some might even want to do something like that themselves, rather than just sit around talking trash about their fellow citizens. But nope!

Is ATS' new motto "embrace ignorance"? Or just "ignore facts and truth"??? (Not sure there's a difference...)

Either way, we have met the real enemy, and it's not them. It's us.

originally posted by: The2Billies
Perhaps you were too young to remember.

I often don't remember things that never happened. That's called 'not having dementia'.

originally posted by: butcherguy
Poster may have meant the 2016 DNC convention.

Maybe. But I think they are just very confused.

originally posted by: Boadicea
I offered several examples that prove the OP incorrect -- grossly incorrect! -- and I get crickets! Including the OP.

It's getting close to Ensure o'clock over there so maybe tomorrow.