On July 29, the Turkish and Azerbaijani armed forces will begin comprehensive military exercises in Azerbaijan, which will last for 13 days.

The exercises will include tests of warplane readiness between the two countries, and include the regions of Baku, the capital, Nakhchivan, Kanjeh, Kordimir, and Yulakh.

Also during the maneuvers, the readiness of the forces will be tested on the implementation of military command orders, and the firing from armored vehicles, artillery and mortars “at hypothetical enemy targets”.

Cavusoglu had previously warned Armenia against attacking the Azeri forces, vowing to help the latter if they request support.

The Turkish minister pointed out that “Armenia, through its attacks, wants to deflect attention from the lands it occupies, and seeks to form new conflict areas, and does not accept any solution.”

He stressed that “his country will provide the necessary support to Azerbaijan, and will stand by its side with all capabilities in order to preserve the territorial integrity of its lands.” 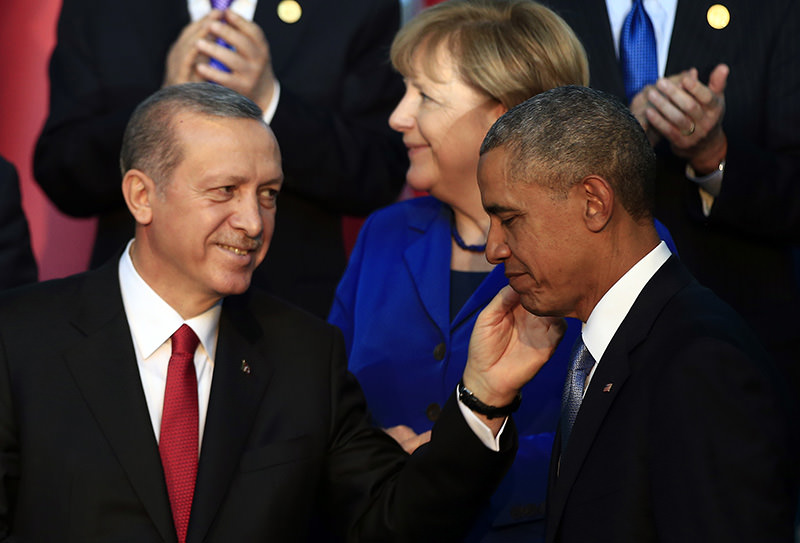 The first crusade was called when a young pope in Rome received a letter from the the Patriarch of Constantinople pleading for aid against the Turk's whom were raiding Byzantine land's and murdering Christian pilgrim's on the road to Jerusalem using such gruesome method's as slitting open the pilgrim's belly's, nailing there intestines to a tree and whipping them to run around it until there innards unravelled and they died while the Turk's laughed at there victim's.

Endless genocide and enslavement of Christians that only slowed (it would take century's more for it to stop and it was only after WW1 that it finally did) when they were finally defeated at the battle of Lapanto in 1571.

But there crimes continued.
Against the Greek Christian's.


Against the Armenian Christian's

Remember without Turkey's current leader ISIS would never have been able to make money, they were selling the oil they stole to Turkey and it was being distributed through Turkey.

These are only massacres against Christians and a very small view of them since they are almost endless as you go back in history, Chios in 1822 for example and of course many other forgotten ones' and the end of the Ottomon period, Erdogan seems to want to rebirth the Ottomon empire and has even overturned the Secular state founded by Turkey first president Mustafa Kemal Atatürk, under Erdogan Turkey faces sliding back into it's old evil Ottomon ways once again and with it world peace may be lost since if you think the middle east is a place of instability now then think what a nuclear armed superpower under fanatical Islamic rule with a capably modern army will do for it.

It need not have been this way but after WW2 with the advent of the cold war the US literally armed the devil to make him there ally against the Soviet Union in case of a new war and for regional control, of course had they not then the Soviets may well have gotten the Turk's on there side though given the long history of animosity between the Turk's and Russians in the preceding century's that was not likely.

Armenia is a CHRISTIAN nation with over 94 percent of it's population being members of the Armenian Orthodox Church (one of the oldest churches in Christendom which was founded in the first century AD and became a state religion in the third century) in a sea of Islam surrounded on almost all sides by people whom would like to see it destroyed for no other reason than that the Armenian's are Christian's.

And the world will stand by and say it is not my problem, they will stand by when they fall and continue to stand by until it is there own front door that is being smashed down and by then it will be too late.

There are two kinds of Turk's and it has nothing to do with there ancestry, modern thinking forward looking Turk's whom want the best the west can offer and want to see a modern and free Turkey and backward looking often religiously inspired Islamic Turks whom are intolerant of the west and long for the Ottoman empire to rise again, Erdogan is one of these Dangerous latter kind and to maintain power has even changed laws in his nation and rigged election's.

Erdogan and his little vote rigging corrupt regime that has all but toppled Turkish Democracy NEED's to be stopped NOW, perhaps someone needs' to save Turkey from him as well before it slip's back into the old Cruel and Vicious ottoman way's he so long's for with him as a new emperor in all but name and his son destined to inherit the throne.

AND Azerbaijan needs to be careful that the NEW Ottoman's are not looking to set up a permanent residence in there nation and make it into a vassal state as Erdogan pushes to restore the power of the old Ottoman's by open and hidden mean's.

It was not only Christians that the Turk's were cruel to, indeed most of the Islamic world struggled under there boot at one time or another overtaxed and under there corrupt rule and only the likes of the once very powerful Egyptian's were able to stand up to them, in fact the Egyptian's are painfully aware that there own adversary is getting ever stronger today and are not close friends with them.

In recent years in the west only Greece had remained vigilant against them and for good reason, they hate one another since there was a lot of blood spilled on both sides of there conflict though remember were Turkey is today was once Greek Land and those Greek's that did not convert were killed.

posted on Jul, 29 2020 @ 03:13 AM
link
Since we finaly acknowledge the Armenian genocide I expect someone will back up Armenia this time too. They should get a strike from NATO or face more sanctions. It's disgusting. Poor little Armenia in between two fat bearded bullies.
Erdogan is Maduro-kind of stupid thug. Turkey is exposed on many places and NATO can look elsewhere when they start losing these offensive islamic adventures. IMO he doesnt mind to let their military - his potential enemy - occupied and dying somewhere

Remember Erdogans thugs beating protesters in DC on US soil? Nothing happened to them

edit on 29-7-2020 by TheConstruKctionofLight because: (no reason given)

If everyone remembers Erdogan is definitely a lackey of the democrats........do you remember the shooting down of the Russian fighter jet or the assassination of the Russian ambassador...........and Obama’s threats of nuclear holocaust on Russia. Isis (Which was a democrat socialist monstrous creation) were given a safe haven in turkey and passed unabated between turkey and Syria and new recruits from Europe etc would enter Syria through turkey. Even today turkey is still protecting the remnants of isis in the de-militarised zone.

Then trump came to power and suddenly Russia was turkeys best friend to the point of selling turkey it’s s400 missile defenese system. Trump has asked for them to be expelled from nato and threatened to remove America’s nukes stationed there.

Just as China is doing in the east turkey has slowly been ‘expanding’. The way the Chinese are treating the uyghurs is the same way the Turks treat the Kurds. Never been any UN intervention and so this is all planned with a nod and a wink from the upper echelons.

There are a lot of people who are against worldwide conflict but when you have direct comparisons between nazi Germany/fascist Italy and China/turkey this should answer the question........a world war is coming and you can already see who will be the axis of evil this time. Fasten you’re seatbelts people because this isn’t going to stop until this socialist/communist/elitist agenda is stopped, the question is how many innocents need to die before our governments step up to the plate and stop it. This has been actively occurring for at least the last five years and turkeys latest incursion is the latest indicator. We could have stopped nazi Germany early on and would have prevented the genocide, now will our hesitation be remembered in history as another failure by humankind to protects its own.

Maybe this US election will decide when this world war begins. The Chinese are not going to stop their expansion unless forced and the same with turkey............but it is blatantly obvious this is all part of the same globalist master plan that Obama/Clinton etc wanted so bad so stop them completely and maybe just maybe the coming war can be isolated, if not it’s a global fight to the death.
edit on 29-7-2020 by EverythingsWrong because: (no reason given)

posted on Jul, 31 2020 @ 12:38 AM
link
Well here is a recent escalation. Now Turkey is going to repeat its Syria to Libya mercenaries re recruitment model to Azerbaijan . Again, now Turkey is recruiting Islamic militants to fight the world's oldest Christian state.

Don't nobody say this is not ww3 right now today, its goddamn world war! The Erdogan is the one who true threat to the world. What does Europe think he has in mind for them next ?? Christian's of the world??

Southfront
Dozens of Syrian militants, who were recruited by Turkey, were preparing to depart to Azerbaijan, where they would support the Azerbaijani Armed Forces, the Hawar News Agency (ANHA) reported on July 30.

According to the news agency, the militants, who were recruited by offices in Afrin and Idlib, will depart after Eid al-Adha holiday, which will end on August 3.

“After Eid al-Adha they will be sent to Turkish territory and from there to Azerbaijan,” the ANHA quoted a source with knowledge on the matter as saying.

In Azerbaijan the Syrian militants will receive a salary of $5,000, more than double salary of Turkish-backed militants in Libya.

Two weeks ago, Syria’s Sham FM reported that Turkey was recruiting Syrian militants to fight as mercenaries for the Azerbaijani Armed Forces against the Armenian forces.