posted on Jul, 28 2020 @ 08:00 PM
link
Well, what do we have here? With the date being August 1st, did they mess up and publish the information ahead of time? The edited bio claimed Harris was chosen "on Aug. 1"

If true, I am really surprised. I definitely had my money on Hillary Clinton. Until it is final, I guess I still do.


Politico made waves on social media Tuesday when they published — and promptly corrected — a biography of Sen. Kamala Harris (D-Calif.) claiming Democratic presidential nominee Joe Biden had chosen her as his running mate days from now "on Aug. 1."

posted on Jul, 28 2020 @ 09:38 PM
link
I saw a bit about it on Hannity this evening. He mentioned the Politico snafu as well as had a picture of Biden which is all over the net: 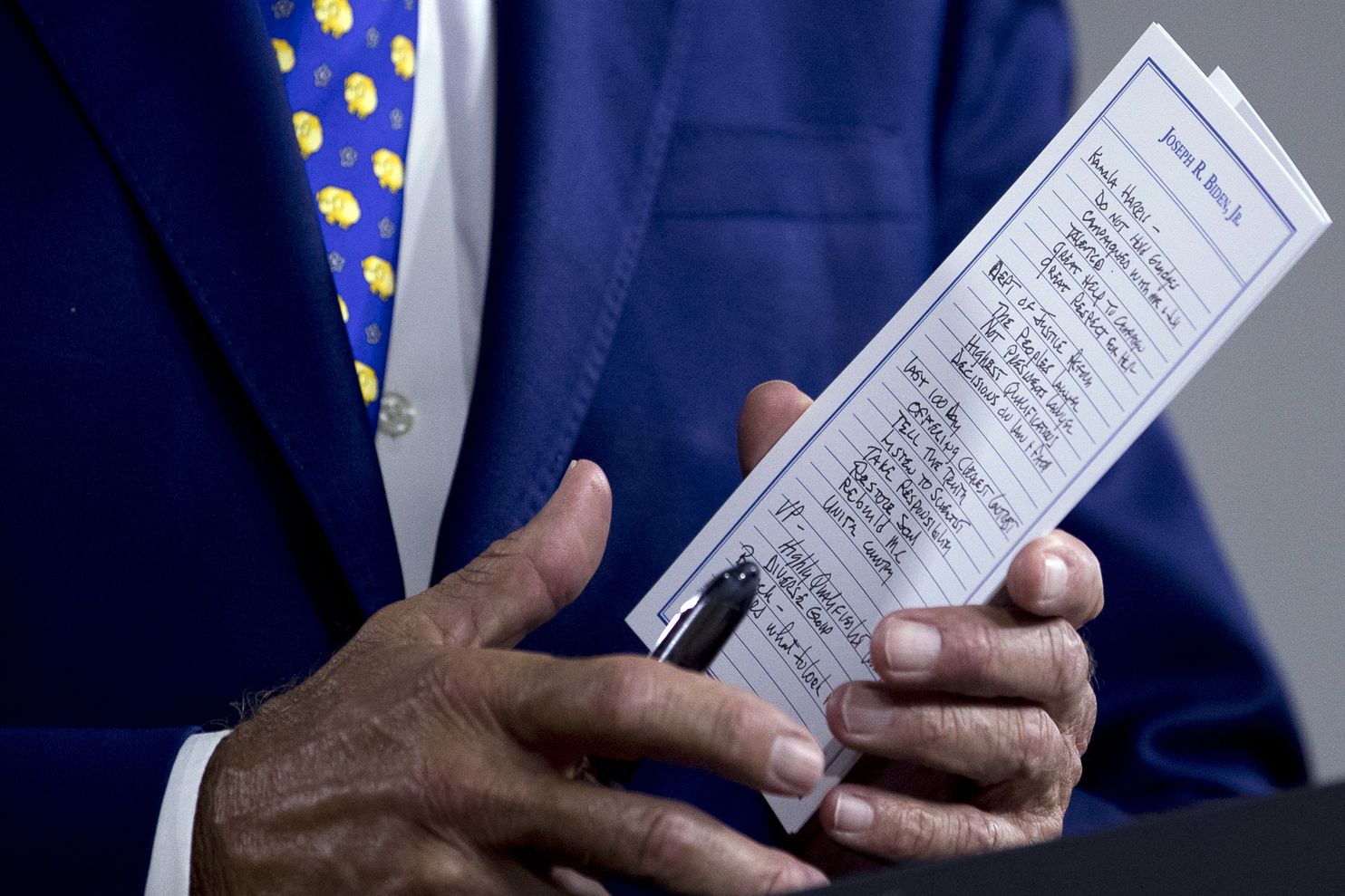 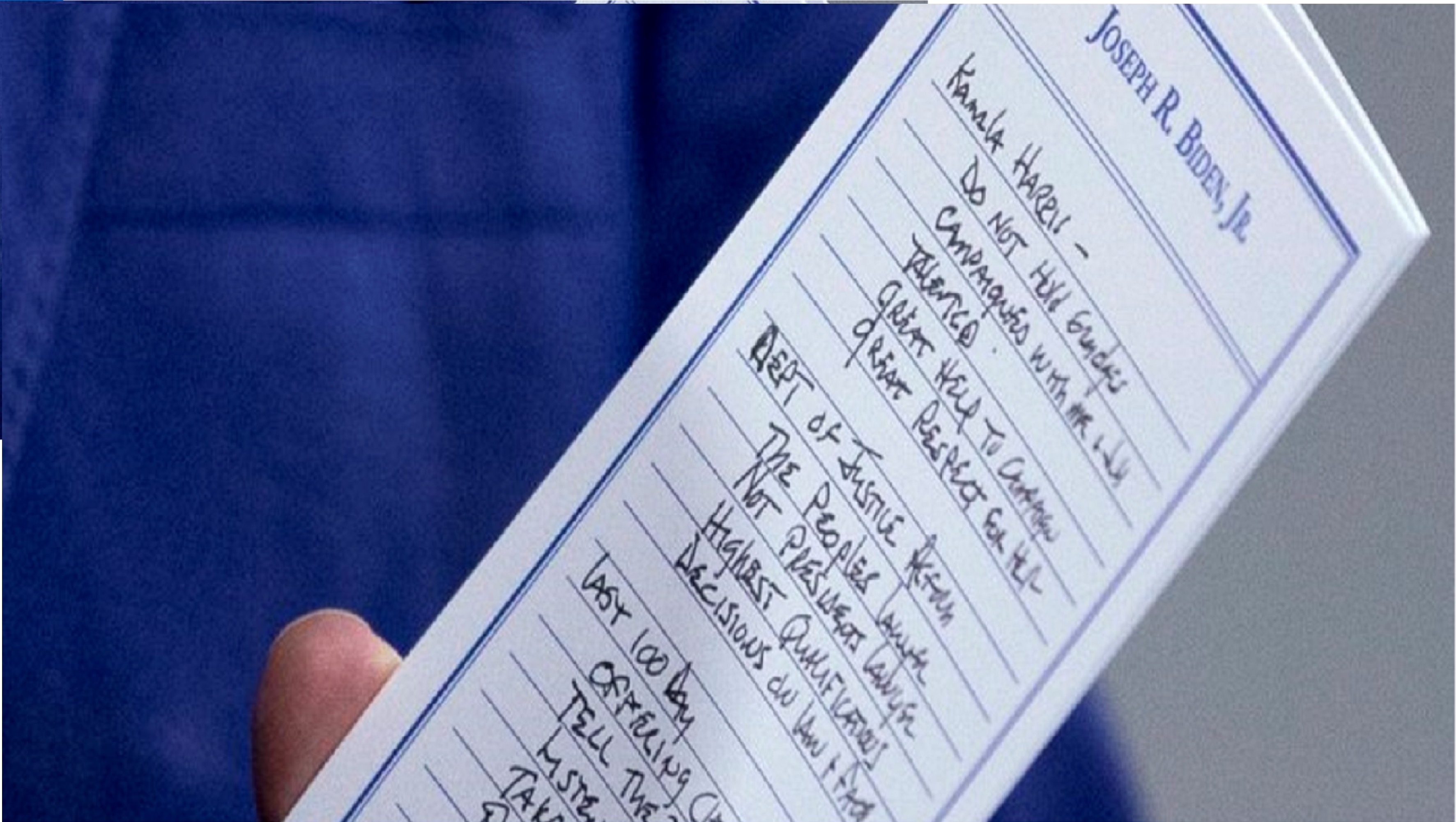 Greg Gutfeld was a guest on Hannity and he stated that he thought Harris would be the VP pick as well.

I remember back when she was first flaunted as a possible VP candidate and the media couldn't get enough of her. Followed her around when she was trying on and buying clothes and crap like she was royalty.

As he took questions from reporters on Tuesday, Biden held notes that were captured by an Associated Press photographer. Harris’ name was scrawled across the top, followed by five talking points.

“Do not hold grudges.” “Campaigned with me & Jill.” “Talented.” “Great help to campaign.” “Great respect for her.”

Those are all observations Biden has made about Harris before. But they take on new significance following a recent Politico report that one of Biden’s closest friends and a co-chair of his vice presidential vetting committee, former Connecticut Sen. Chris Dodd, still harbors concerns about Harris’ tough debate stage performance and that she hasn’t expressed regret.

posted on Jul, 28 2020 @ 10:23 PM
link
They probably have pieces on a handful of people. Anything positive can be ‘quoted’ by Biden. One, if it’s positive no one will care. 2, Biden won’t remember saying it anyway

It could be a trial balloon and the leak wasn’t an accident.

Obama would have more influence over Rice than Harris.

I hope the ugandan giant gets the nod.

What can brown do for you kamala?

originally posted by: carewemust
For those who recall, Harris showed up on TV with some facial enhancements last week.

Yes she certainly seems to appear to have procedures done to change her face appearance, including lightening her skin but that could also be lighting.

Here is a 9 second clip of her from this last weekend on MSNBC:

Awful woman lost to Tulsi Gabbard, who was subject to a vicious and libellous media campaign and mass censorship.

I’m pretty sure if they ran Tulsi Gabbard instead of Biden they’d win in a landslide, with this Biden-Harris ticket, expect another 4 years of Trump.

posted on Jul, 29 2020 @ 02:57 PM
link
They were told to float the story and pull it back, to gage public opinion on the VP choice. Pretty normal tactic for the liberal media.

I hope Joe Biden does not introduce her as African American. That would be a big mistake right out of the starting gate.

au con·traire I hope he has Michael Buffer announce her from deepest datkest African-American weighing in at 130lbs and standing an impressive 5'2". Being led to the stage by her handler friday
KAMALA
DEVI
HAAAAAAAARRRRRRRRRRRIIIIIISSSSSSS!!!!

originally posted by: firesnake
So who’s still thinking Hils is going to be the pick (now at 140/1)? I might at least try make some money off this and watch from very afar. I made a pretty penny from a Brexit/Trump combo.

Made money on Brexit
Made a lot on the Trump win

Both of those were 100% certainties right from the get go. Just like this coming election.

Completely. From a UK pov it was for me because I was looking at the Brexit BBC online article message replies ‘Have Your Say‘ as it’s called - which is derided btw - and saw the great majority of people were for Brexit, along with the vibe on political TV debates and Twitter. Not in my social circle though but what do they know? That worked out so had £hundreds to splash on the US election after the showdown online. There was enough background hearsay and informed commentary to convince me to put all that on the Don.

These days after those 2 showdowns, people are VERY reluctant to show their cards for obvious reasons.

I don’t really know the Vice Presidential candidates so it’s hard, also the way Biden is, the way the postal votes might influence it, it’s not easy to call what’s going to happen in the next few months. For the past 4 years I’ve backed Trump as the winner even though I have no affiliation with either side.

Things are being learned about Kamala Harris. She is "dimming" as Biden's VP Pick.

Biden has now delayed naming his VP running mate until just before the Dim convention.

Well, Hillary is still #1 expectation in my opinion.