So now we have another Democrat mental case directly associated with Bernie Sanders of all people !!

Former Bernie Sanders campaign co-chair Nina Turner apparently hates Joe Biden so much, she has made some choice remarks !!

She apparently doesn't even care that some Democrat voters won't vote at all now !!

Trump loving all this as he chalks up the vote tallies 🤣🤣

Turner, who was a prominent surrogate for Sen. Sanders, I-Vt., during the 2020 Democratic primary, expressed her lack of excitement for the former VP to The Atlantic.

“It’s like saying to somebody, ‘You have a bowl of sh-- in front of you, and all you’ve got to do is eat half of it instead of the whole thing.’ It’s still sh--," Turner described to Atlantic staff writer Peter Nicholas.

Harvard University professor Cornel West, who also supported Sanders during the primary, had a similar stance in the article. 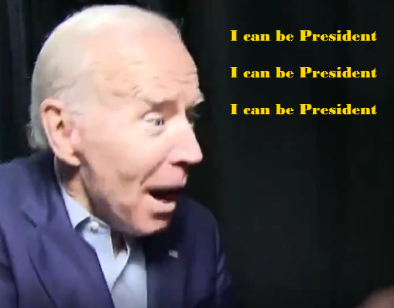 That crazy woman is right but she left out that voting for Bernie would have been like eating a bowl of sh!t and washing it down with a large glass of piss.

I don't often agree with a Bernie ho, but when I do there's half a bowl of # and Biden's name comes up.

Now THAT is noodle-bender, right there.
Who would be worse, Biden or Bernie. I know Bernie WAS the socialist candidate, but I think Biden has filled that vacuum and the progressives have him by the short hairs so he could be even worse than Bernie.