In my religion, I am required to star posts before responding to them.
so SSSS

This might be a tough one:
1) John McArthur: not Bible truth type? mis...steps?
He's a Bible literalist, young Earth Creation proponent, dispensationalist, Calvinist, has his own seminary, been involved in pretty much every discussion among Evangelicals concerning literal Bible teaching since the 1980s.

2) And in your next post you describe your own understanding of dispensationalism. That's confusing to me.

3) In your third post you seem to conclude that the body(physicality) is the perp in spirit/flesh war.

4) Then you conclude with big happy family in the spirit realm.

So this spirit family doesn't include Earth and Sky? I find that rather distressing since Earth and Sky are very important deities to me. And if my deities aren't welcome then I guess I'm pretty much banished too.

Now that's quite the conundrum. But I suppose dispensationalism can clear it up quite handy-ly by saying "Spirit now, physical later".
edit on 27-7-2020 by pthena because: (no reason given)

2 Peter 3:10 - But the day of the Lord will come as a thief in the night; in the which the heavens shall pass away with a great noise, and the elements shall melt with fervent heat, the earth also and the works that are therein shall be burned up.

Revelation 21:1-2 - And I saw a new heaven and a new earth: for the first heaven and the first earth were passed away; and there was no more sea.

2 And I John saw the holy city, new Jerusalem, coming down from God out of heaven, prepared as a bride adorned for her husband.

Revelation 21:23 - And the city had no need of the sun, neither of the moon, to shine in it: for the glory of God did lighten it, and the Lamb is the light thereof.

42 So also is the resurrection of the dead. It is sown in corruption; it is raised in incorruption:


The question is, how would I know it if I'm one of the horrifying dead bodies left to be gazed upon for eternity?
Isaiah 66:23,24


22“For just as the new heavens and the new earth, which I will make, will endure before Me,” declares the LORD, “so your descendants and your name will endure. 23From one New Moon to another and from one Sabbath to another, all mankind will come to worship before Me,” says the LORD. 24“As they go forth, they will see the corpses of the men who have rebelled against Me; for their worm will never die, their fire will never be quenched, and they will be a horror to all mankind.”…


So the new Earth is created with a bunch of dead bodies laying around.

If I had some choice in the matter, I think I would choose the grass path.
Isaiah 40:


5Then the glory of the LORD will be revealed,
And all flesh will see it together;
For the mouth of the LORD has spoken.”

6A voice says, “Call out.”
Then he answered, “What shall I call out?”
All flesh is grass, and all its loveliness is like the flower of the field.

7The grass withers, the flower fades,
When the breath of the LORD blows upon it;
Surely the people are grass. 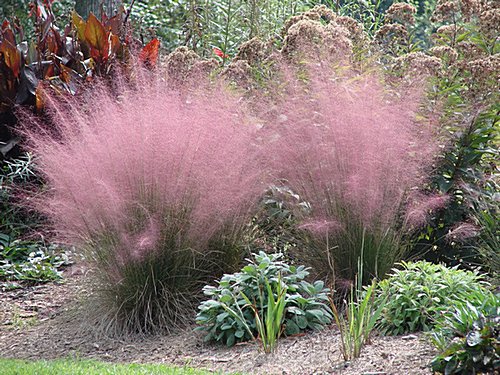 What would happen if one of the righteous people had a sudden pang of human compassion and buried one of the dead? Would that be rebellion? And sin would start all over again in the new Earth?

So the new Earth is created with a bunch of dead bodies laying around.

This sounds like something that will take place during Christ's 1,000 year reign on earth before the new heaven and earth come down to replace it, but I'll do a little more research on that one and get back to you.

but I'll do a little more research on that one and get back to you.


While you do that I'll just struggle along with my current crisis of faith. I don't know if you would be interested in it, so I'll just start another post.

I was thinking that there could be feats of archery for the grownups and maybe Hydra piñatas for the children. Then some people started accusing me of glorifying Heracles and the protesters showed up. I explained to them that it was still disputed about whether Artemis taught archery to Chiron or if Chiron taught Artemis. Then came the uproar from the protesters, "You are the only one who claims that Chiron taught Artemis! Nobody believes that but you! Have you lost your love for Artemis?"

So I backed down. I compromised my faith for the sake of orthodoxy. Of course I still love Artemis. I've got the scar to prove it. see here

Then the issue of the piñatas came up. "What could you possibly be thinking? It was the Hydra poison that killed Chiron?"

Very carefully, I explained that if we killed all the Hydras then there would be no Hydra poison. But you can imagine that the majority thought that the Hydras should be left alone, thus no-one would gain access to the poison. Since I had already compromised once I insisted that it was their turn to compromise.

So in a very firm voice I pronounced, "They are piñatas. That's candy in them. Not poison. Do you think I would endanger the children by sending them to beat real Hydras with sticks?"

So I got my way on the piñatas.

I probably shouldn't reveal this but there's just something about Sagittarian women. I don't care to explain the effect some of them have on me. Especially when the combination of the Fire element gets combined with the moving Air, like a blacksmith's bellows on burning coals. The intensity!

I feel inclined to claim that Sagittarius is the real Chiron. But that would be going more with my emotions than with rational thought on the matter.

Religion shouldn't be this uncertain.
But what if life itself is uncertain?
Maybe religion should be a reflection of life.
edit on 28-7-2020 by pthena because: (no reason given)