Bernell Trammell, a well-known Black supporter of Donald Trump who was a community fixture known for his publishing company and long conversations on religion and politics, often delivered from street corners while holding pro Trump and other signs, was shot to death in Milwaukee, Wisconsin.

Trammell, 60, was gunned down on July 23 near the very spot where he gave a video interview a few hours before explaining why he supported Trump. Milwaukee police are seeking what they described as “unknown suspects.” The motive is not clear, including whether or not the slaying was tied into Trammell’s political beliefs or Trump support. Some news outlets gave the victim’s name as Bernell Tremmell, but he goes by Trammell on social media. 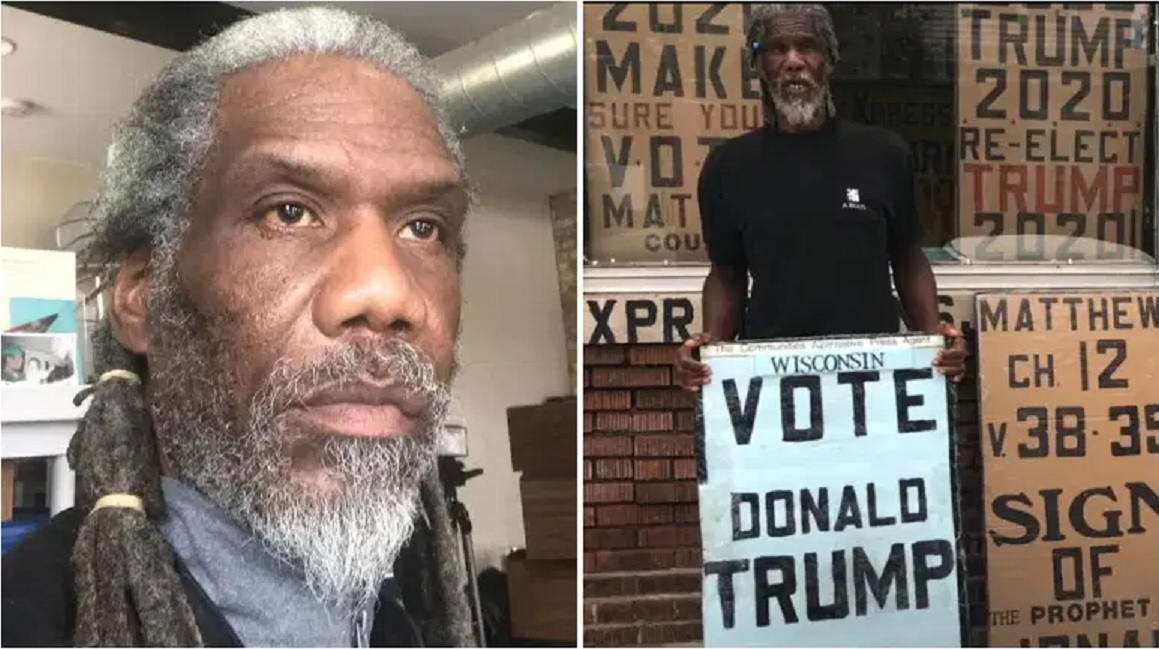 Although the police claim they don't know the motive, it should be clear. Just a few hours before he was shot to death Mr. Trammel had an interview in which he explained why he was pro-Trump. Just like the white mother whom was also shot in the head by a BLM member for saying "All Lives Matter", it should be obvious that this man was murdered over his political views. This is why you can't debate with BLM/Antifa members, they are murderers who don't care who they have to kill to implement their Marxist utopia. If you get into an argument with one of these punks be sure to be legally armed, and be ready to use your weapon. They won't think twice, and as it has been happening in Venezuela the Marxists will not only continue their violence, and rioting, they will become more and more emboldened to murder people for disagreeing with them. These murders will continue and will only get worse. Meanwhile the left in their blind hatred will continue to condone Antifa/BLM crimes and violence, while claiming anyone who points out the chaos is "just exaggerating."

It's obvious BLM doesn't care for certain black lives, but only for those lives they can use politically to further their Marxist agenda.

PorteurDeMort
+26 more
posted on Jul, 26 2020 @ 03:56 AM
link
His death will not be in vain. This shoud be a wakeup call to moderates who think leftists are righteous.

His death will only strengthen his message.
Hope they catch the murderer, before he takes another soul.

I don't believe you care about this person's soul.

I believe you made this thread to further divide people over politics.

We're already divided. This escalation was brought to you by babies who never accepted 2016.

Stay in your lane. You clearly haven't a clue of what going on in America.
edit on 7 26 2020 by projectvxn because: (no reason given)

Well, it's the Mudpit so certain members think this means leave your brain at the door.

I have a clue, more than you it seems.

And definitely more than the propagandists on this site that foam at the mouth at the idea of killing Americans... Oh yeah non American communist lefties....

Lol stay in my lane.


originally posted by: Trueman
a reply to: RAY1990
I wouldn't know about it without this thread. And you targeted the messenger.

Nothing wrong about his reasoning, unless you justify the violent left. They want to destroy America so no mercy for them.

Maybe you don't understand it because you're in other country.


He does paint it on a bit thick on his anti-leftist board crusade, demonizing them as much as possible for no apparent reason other than to do so. The murderers and the carry your gun if you get into an argument stuff is a bit much. No one is really getting into random political arguments on the street unless they're out at protests looking for it, which would be rather toxic and pointless in itself, gunning for conflict, no pun intended.

At the end of the day, you have to take a hard look at what motivates interaction and the outcome of that interaction. It's a pit of negative nothing, "hatred" all around. "The left with their blind hatred" but the alt-right, right, hell whatever it is, those guys have nothing but love in their hearts and want to shake hands with their fellow Americans across the aisle.

Does anyone here realistically see themselves arguing with a stranger in public anywhere during their daily activites? Shopping, work, the gas station? Carry your gun! Some of those guys are Antifa and will try to kill you. As they get more emboldened, the leftists murderers are going to be coming for you.[/sarcasm]

Lumps "the left" together like some unified Communist movement when the fools argue with each other and are most definitely not organized toward one goal like an army except to get Biden elected. This isn't WWII Europe, some people are reading way too much media partial to their causes and living real life too little. Keep hating and polarizing, it's great energy for the nation. The BLM people, Antifa, and white BLM sympathizers don't even get along. The entire thing is a #show and not a movement. Protesters and rioters don't all like each other either, I'm sure alot of protesters hate the rioters.

Who knows and more importantly, who cares? Keyboard warriors who aren't near the protests who only know what they read apparently do, baiting each other with pointless rhetoric for "debates" over topics where no one's mind will ever be changed. Is there ever a winner or loser except in the eye of the beholder?

One thing is for certain, George Soros and the liberal overlords are all over this, the people themselves have no feelings or free will to be doing any of this themselves. I should probably put another [/sarcasm] here because that reads like something people say here that are serious since it's always a controlled conspiracy.

Save your reply picking my post apart with quotes and refuting it tit for tat, I won't be feeding into this #. You caught me at a bored and vulnerable period of time before bed. I have to work and serve all customers without considering or caring about their race, political beliefs, or anything else. I suppose I could if I wanted to be hateful and petty. Carry the interweb energy into real life like a pair of blinders, viewing everything in right vs left and having contempt and judgement.

He who opens the can has an appetite for the contents. OP is the bird (other birds gather for the feast) and whoever disagrees is a worm. Baiting the bait? 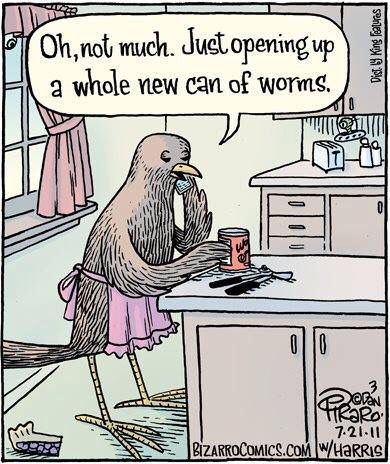 posted on Jul, 26 2020 @ 07:17 AM
link
I've said this before and I'll say it again: If the world had NO CONCEPT of political parties, the planet would be a different place. Forcing people to choose either side automatically shuts down any chance of having a civil conversation, especially now. F#ck political parties.

No it wouldn't, it would be the same, just in different ways. The key factor here is the human equation. It's in human nature to hate and fight over something, no matter how many people try to be different. The easiest example is in the video game industry. Have you ever seen how xbox people fought with playstation folk?? You can pretty much picky any topic and find division in one way or another.

It wouldn't matter the topic; politics, religion, books, soft drinks, foods, hell, it could even be left-handed vs. right-handed. I understand what you're trying to say, but human history, imo, has proven that concept wrong over and over.
edit on 26-7-2020 by Necrobile because: (no reason given)


In America, it can go either way... one more likely than the other, but both ‘only in America’ (& the 3rd world) entertainment.

originally posted by: odzeandennz
he was killed by a white trump supporter who didn’t want him to support trump.

I'm not a gambling man, but I'm willing to place my money on this being a far lefty with TDS/racism deep within their hearts.

Sadly, this isn't even news any more.

If you disagree with the left you should be killed, harmed, fired from your job. . . etc.

posted on Jul, 26 2020 @ 09:12 AM
link
Humans have always killed each other for different reasons. Right now in america it is being done for political reasons. Those who kill for this reason are puppets. Though they don't realize it. The strings being pulled by the media, both political parties, the entire congress and the potus.

The killings are not one sided.
It's just that the ats right wing members justify it when some one on the left is killed.
There is a thread doing that right above this one on the new thread page.

Here's a link to a different killing that we can watch people try and justify.
nypost.com...

Notice how I have not justified any of it.

Here's a link to a different killing that we can watch people try and justify.

is that the peacefull protester with his ak-47 ?

Message here is simple, don't be a traitor to your tribe.