posted on Jul, 25 2020 @ 10:54 AM
link
It’s always good to see Americans practicing their 2nd amendment rights. I’m sure the NRA will be out in no time to show their support.


For those who don't want to visit the site...

Grand Master Jay, head of the “Not F---ing Around Coalition,” refers to the U.S. Constitution when talking about his Black armed militia group, which plans to march in Louisville, Ky., on Saturday.

They are protesting the delay in investigating and sentencing of the fatal police shooting of Breonna Taylor.
source

Organizers say the NFAC shows up when the Black community doesn't get answers regarding cases like the fatal police shooting of Breonna Taylor. The group says it plans to openly carry weapons on Saturday during a noon march, beginning at Baxter Park and moving to Jefferson Square. The group is urging members to show up wearing all black, to carry semi-automatic weapons and to be peaceful.

A man who calls himself Grand Master Jay is the leader of the group.

"Once it gets to that point where it looks like the government is non-responsive to the will of the people, the Constitution says to the form of the militia to address the grievances of the people," Grand Master Jay said. "I didn't write it. They wrote it. We just abide by it. So that's our next destination, because when it looks like the government is being indifferent to the people, the people have the right to form themselves -- and arm themselves -- to ask those questions."

If they plan to remain peaceful, I support them 100% in their cause as well as their exercising of their 2nd Amendment rights. If violence does break out against them they have a valid plan....

NFAC has been working with LMPD's Special Operations Division as well as state police and other agencies, and there's an agreement that those law enforcement agencies are in charge of first response if anyone gets aggressive with NFAC.

Peaceful protests, people exercising their constitutional rights peacefully and lawfully. They have even been coordinating with local LEO in the event of a violent response to them being there.

So, what's the problem folks? 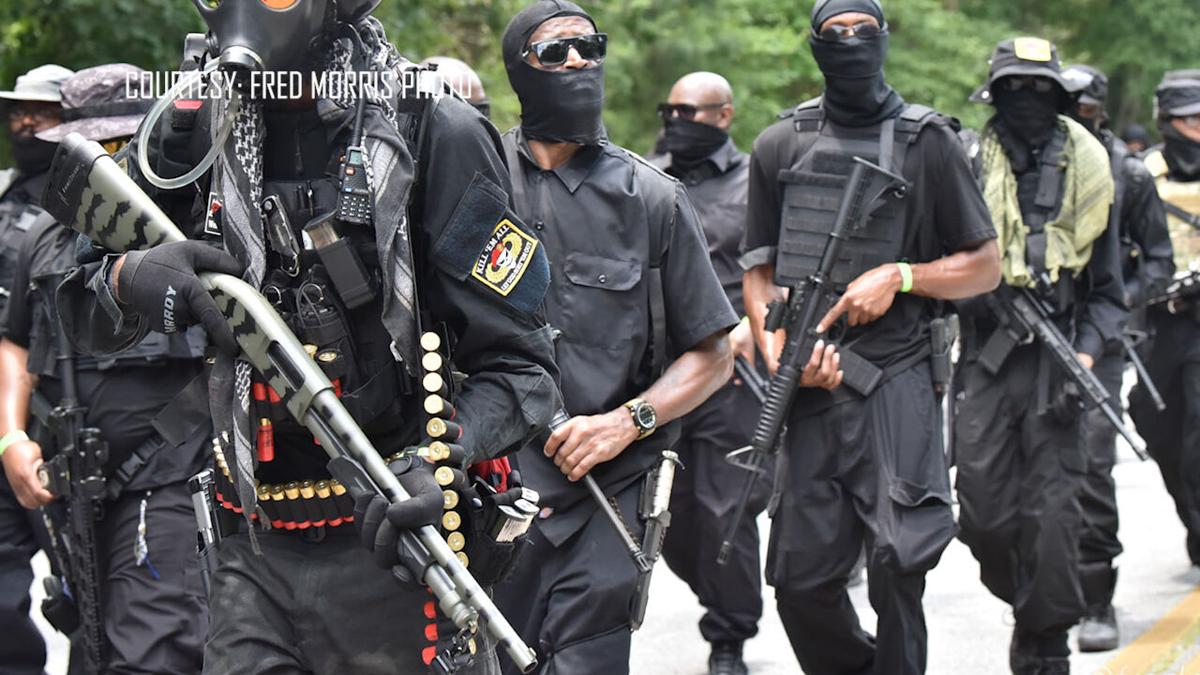 posted on Jul, 25 2020 @ 11:20 AM
link
Evidently the local BLM people have said they are distancing themselves from this group, I wonder why? 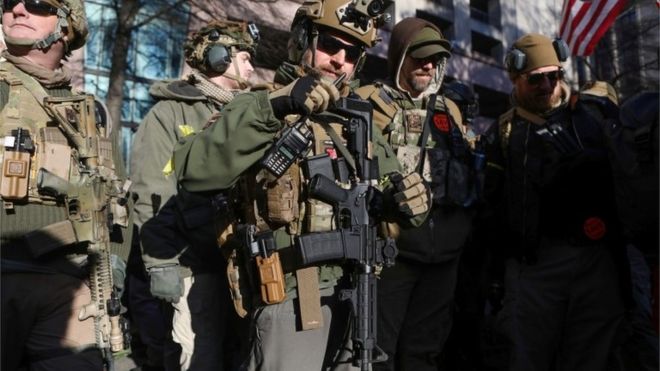 Ha...NFAC.....they would get mowed down the second violence started. Their "show of force" is just that....a show.

These guys are a joke.

originally posted by: charlyv
The problem is this:

LOL...just aim for the one with multiple bandoliers of shotgun shells....that should take care of most of them.

Would love to see his reload speeds....LOL!

These guys are funny.

“I didn’t write it,” he says about one of America’s founding documents. “They wrote it. We just abide by it. So that’s our destination, because when it looks like the government is being indifferent to the people, the people have the right to form themselves – and arm themselves — to ask those questions.”

Grand Master Jay is absolutely right in his statements here ... what he fails to understand is that his little militia does not represent "The People" of the United States ... his militia is far to small and not nearly diverse enough to count as "The People".

Standing up to the government, even in a violent way, is commendable ... but you can't forget the other side of that equation ... the government should, and at some point will fight back ... if you don't actually have "The People" on your side you should expect to lose; and the more violent you are the more spectacularly should you expect to lose.

It seems to me all of these violently protesting groups want it both ways; they want to violently stand up for their conversations but call foul when they are meet with government resistance.

posted on Jul, 25 2020 @ 12:06 PM
link
LOL all they are doing is posing for pictures, dress all in black in the July sun they will be dropping from heat stroke in a hour or two. I get it their cause is just, but what does this do? pretty much nothing except rachet up the tension and divide people.

BTW notice there isn't a lot of mask wearing from the general public either.

originally posted by: charlyv
Would you let these assholes march through your town?

Yeah, I guess because I'm not an askeert pussy.


I agree, both groups are well within their rights. But (goes for any group) the minute a threat is made or a weapon is drawn you have to put them down.

LOUISVILLE, Ky. (WDRB) -- Police responded to a shooting in Baxter Park at about 1 p.m. Saturday. According to a MetroSafe supervisor, someone reported a shooting at the park, which is located at the corner of South 12 Street and West Jefferson Street. When officers arrived, they found three shooting victims, according to the MetroSafe supervisor. The supervisor said one of those injuries was minor. There is no word on the extent of injuries of the other two. The incident occurred as members of the Black militia group, NFAC, stage in the park in preparation of a planned march from there to Jefferson Square.

That's what I'm tryin g to figure out. If these people want to dress up like weekend Rambo's and march in solidarity to express their concerns, what's the problem. They haven't acted like antifa or BLM by going out and causing riots nor have they destroyed any property.

So for now they seem like that are just what they say they are, and for that I see no issues. If they were going out into the communities and threatening to "Kill Whitey" or "Burn it all down" then that would be another problem, but since they haven't then what's the harm?