The U.F.O. skeptics are in denial

It's really not the skeptic, it's the pseudoskeptic. It's okay to question and debate evidence but just blind rejection of common sense arguments isn't right.

Humans have recorded U.F.O.'s in our skies since we could draw on cave walls. I have seen 4 U.F.O.'s and they have done everything from cause Nukes to malfunction to mass sightings.

With Disclosure from the Govt. it takes the obvious arguments for extraterrestrial visitation to a whole new level.

I heard people ask, why would they visit us? Why wouldn't they?

I will not go over all of the arguments that point to the existence of extraterrestrials and extraterrestrial visitation. There's mountains of evidence that has been laid out on this forum and throughout the internet.

Also, this wouldn't be happening if something big wasn't on the horizon or something they just can't control. We talk about Disclosure but maybe the Govt. realizes that Disclosure isn't up to them.

posted on Jul, 24 2020 @ 05:43 PM
link
As much as I want to believe the government has crashed alien spacecraft, it’s the government. These are the same people who have been using the phenomenon for their own ends since Roswell.

I’ve had numerous personal experiences with whatever UFOs are, but I still can’t help but doubt they actually have something. When someone lies and lies for years it’s hard to accept what they’re telling you as truth.

Sure there is. There's 905 pages in Alien/UFO forum on ATS. Start there then hit the thousands of websites filled with evidence on the internet.

MULDER: I don't think you understand. There's just too much evidence that it's all been a lie. The conspiracy is not to hide the existence of extraterrestrials. It's to make people believe in it so completely that they question nothing.

Think current and past events .

originally posted by: Gothmog
a reply to: neoholographic

Yep, overwhelming evidence of UFO's. Aliens? Nothing. You get a star and flag for a post not concerning politics.

posted on Jul, 24 2020 @ 06:17 PM
link
Years of brainwashing did wonders to those people. For some denial is almost like a religion. Ofc many will claim that they were hardcore believers once the news is out.

No, that is impossible. Humans are not plants. The ranchers are checking on their stock.

posted on Jul, 24 2020 @ 06:27 PM
link
curiosity brings our alien friends to us. They probably want to see what a primitive culture is up to, and if we can get ourselves out of the planetary messes we have put ourselves into. They are into checking our weaponry over the past many decades.


I got the feeling it is harvest time .

posted on Jul, 24 2020 @ 06:32 PM
link
we all drream I dreamed as a young man . Really i wish i was still dreaming but every one wakes up .
Earth is NOT the cross roads Of the galaxy . Earth is stuck way out in the boondocks so small such a uninspiring star called a yellow dwarf .

Why do you need to BELIEVE after all It is a Belief NOT science FACT in aliens ?
Is your life so little that earth its self holds No wonder to your eyes ?
Go out watch a butter fly watch the ants drag a crumb and see the wonders Earth holds you dont need aliens to make your life complete .

Earth is a amazing planet Humans have machines just as cool as any immanged alien ship .
and we are smart enough to move rocks around build pyramids without help thanks

I got the feeling it is harvest time .

Again. No, that is impossible. Humans are not plants. It is getting close to round up time.

originally posted by: beyondknowledge
For the record. I do believe in aliens. I just have not seen any credible evidence of such.

Virtually everybody believes in alien life, even the most hard-nosed sceptics and scientists.

Whether such life has bothered, wants to, or is even able to cross the vastness of Space to visit our strange, mad little planet, is another question altogether. It's certainly possible, but is it probable? We have at least a handful of classic cases that still compel, but sadly no firm evidence.... yet.

At this present moment in time, I'd recommend they STAY AWAY. 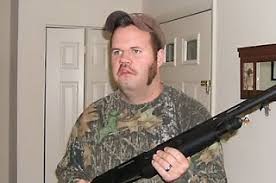 "Sayyyyy!!! You're not from around these parts, space-boyyyyy!"

So, the pre-Columbian civilizations should have told Columbus to go away. OK, I can see that. But would he have listened?