TOOELE, Utah — Over the past few weeks, people in Utah have been reporting mysterious packages they’ve been receiving in the mail from China.

Lori Culley, who lives in Tooele, said she was excited to find two small packages in her mailbox on Tuesday. Although most of the writing on the outside was in Chinese, the label indicated there would be earrings inside.

“I opened them up and they were seeds,” Culley said. “Obviously they’re not jewelry!”

Culley couldn’t understand why she would be receiving mislabeled seeds from China in the mail, but at first she didn’t think much of it.

At least 40 people in Utah have received these packages with seeds inside them. DO NOT PLANT THEM AND DON'T THROW THEM AWAY if you get any such packages. Contact authorities in your area if you get unsolicited items from China.

China is waging a war against the U.S. Heck, against the west including socialist Britain. There is also chatter from Taiwan that Chinese troops have landed frequently in an island close to Taiwan. The Chinese communists are making their final moves.

This, plus the chatter heard by Law Enforcement Agencies that Antifa/BLM has made contact with gangs from South America whom say they are coming to help take over U.S. cities are not isolated events. They are openly admitting what they are doing,the globalist Marxists/socialists/communists. Remember. According to the chatter watch for October and November this year. Hope the good people of ATS are prepared. If not you still have some time, but prepper sites are backlogged by a month so plan on making your final preparations this month if you can.


edit on 24-7-2020 by ElectricUniverse because: add comments and link.

posted on Jul, 24 2020 @ 01:15 PM
link
good post....yeah if I got weird package from china marked 1 thing but seed packets on the inside I would wonder if they were coated with something , something was wrong with them.......

posted on Jul, 24 2020 @ 01:22 PM
link
Blimey,that sounds potentially dodgy.
If its happening many times,especially so.

Could be something really dangerous like Japanese knotweed-that stuff is next to impossible to get rid of and the roots can destroy building foundations.
Or maybe its something really toxic to animals.

Someone should try to identify the seeds-there must be a website out there that does that,oh there is I just found one:

This has been going on for a few years. Its a scam. They've just gotten a little more crafty.
They will send off bogus packages and then mark them as packages delivered to boost credibility, number of packets sent out, etc and then write fake reviews as well.
edit on 24-7-2020 by strongfp because: (no reason given)

Yeah right... A scam in which the senders send FREE seeds?... Stop trying to cover for your communist comrades... No scammer will send "free seeds" to hundreds of people in two countries... This is a CCP stratagem, and some fools are naive enough to have planted the seeds of invasive species...
edit on 24-7-2020 by ElectricUniverse because: add comment.

Ya gotta watach out for those Chinese horticulturalists, especially after a total eclipse of the sun!

Those crafty Kings from the East.


Look out for the packages of seeds. We are all in danger. DON'T PLANT THEM!

while that altruistic way of thinking is nice, its also a weakness of westerners that is easy to exploit and use it to trick us into doing things to destroy ourselves due to lack of diligence towards rival powers, too many of us don't understand that others want our power and wealth regardless how nice and agreeable we are, that they will use any means to knock the west down, because there's only so much wealth and resources to go around, even then china has ideological reasons to destroy the west and replace our system with their own.

maybe you're right and its nothing suspicious but you gotta remember that all business ventures in china are owned by their government, that all major positions in those companies are filled with ccp party officials. so its very likely to actually be something suspicious when it normally wouldn't be.

They already have your power and wealth. Who do you think they are feeding consumerist garbage to?


Don’t laugh...those Mormons will come to your house

Thanks for posting OP. I order seeds often, so I’ll keep an eye out.

Leftists either "don't believe that communists are bad people because they are just too naive and don't know the truth because they haven't lived it." Or, they know regimes like China are and have been waging a war against countries like the U.S. and love it not knowing what they are asking for.

Not to mention the fact that the U.S. has always stood on the path of China taking over not just Taiwan, but the whole Pacific.

People like stronfp are the kind that believed that "socialism/communism has never done anything evil" and think that socialists/communists in western nations have made up their own form of socialism/communism when it is the same old bs that countries like Cuba and Venezuela embraced in ignorance.

Most people in the left seem to be brainwashed into thinking that the Antifa/BLM crowds in the U.S are all peaceful and they would never hurt anyone despite the over 50+ days of chaos, destruction, beatings of business owners, and political opponents, murders which have increase drastically and people like him in the left think "this is all made up by the right-wing media" meanwhile their left-wing leaders keep condoning the violence, and murders committed by the Antifa/BLM crowd.

People like strongfp learn too late that they were naive, and stupid only after communism has taken over their lives, and then devise some way to try to claim that "it's all capitalism fault.."

You can read directly from the articles. These seeds have not been bought/paid by those who got them, yet some naive people have the galls to claim "it is just a scam" contradicting everything the articles actually say...

U.S. universities/colleges have been implementing Confucius Institutes that have instilled communism into the naive and stupid in the left. Yet despite the fact that they see this happening in their universities, these leftists don't care because it is them doing suppressing of free speech in colleges, campuses and everywhere they put their dirty paws. Pun intended.

edit on 24-7-2020 by ElectricUniverse because: add comments.

posted on Jul, 24 2020 @ 02:53 PM
link
Meanwhile the Marxist dummies in the site keep trying to deny facts, other states are stating they are also receiving these seeds. Today, Richmond Virginia is also reporting these unsolicited seeds arriving from China which could be invasive species. As mentioned in the UK the same has happened and it seems that some leftist dumba$$es believe "China is no threat..." and think it is ok to plant something the CCP is giving them for free...

RICHMOND, Va. (WSET) -- The Virginia Department of Agriculture and Consumer Services (VDACS) says they have been notified that several Virginia residents have received unsolicited packages containing seeds that appear to have originated from China.

They say the types of seeds in the packages are unknown at this time and may be invasive plant species. 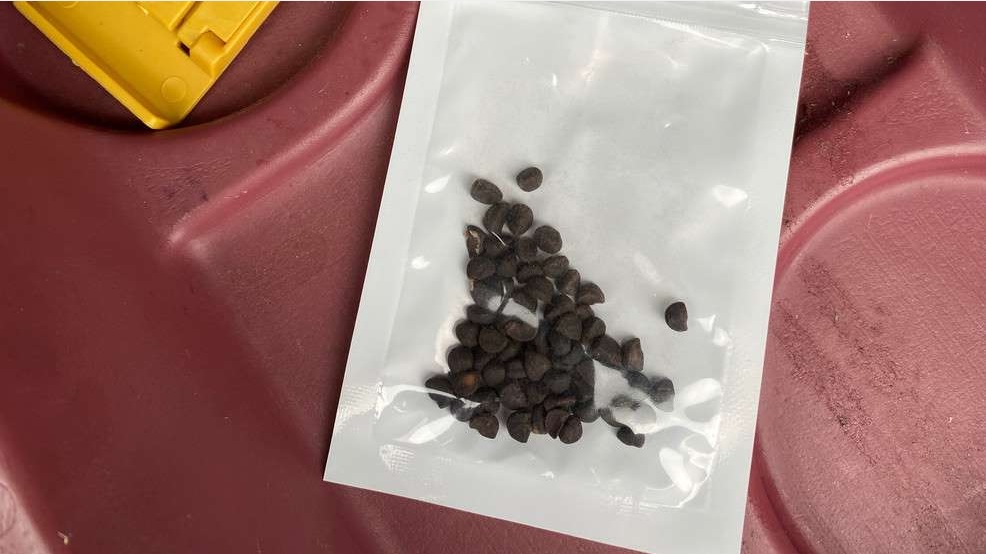 According to the VDACS, the packages were sent by mail and may have Chinese writing on them.

They say that those who receive the packages to not plant these seeds.

VDACS encourages anyone who has received unsolicited seeds in the mail that appears to have Chinese origin to contact the Office of Plant Industry Services (OPIS) at 804.786.3515 or through the ReportAPest@vdacs.virginia.gov email.


Don't plant these seeds if you get them in the mail, could be invasive species from China

The seeds don't seem to be kudzu seeds, kudzu seeds are really, really small, and brownish. These seeds look like something else. Actually, it's kind of hard to tell their size. I will try to find if there are photos comparing the size of the seeds with some other object.


edit on 24-7-2020 by ElectricUniverse because: add and correct excerpt.

A possible but unusual asymmetric long term attack method, it would be easier to flay a plane over though and just drop them from the air but some person may have already planted them to see what they turn into and are even now nurturing a plant that may be very harmful to the Ecology of the US.

It would though also be very self defeating since China has to import a lot of food these days and is no longer self sufficient, perhaps Russia COULD fill that void but then again perhaps not, likely if it came to it China would try to hammer out a deal with them to allow them to farm some of Russia's ample territory but most likely the Russians rightly seeing that as a ploy to enter there territory on a long term plan of permanent occupation would say NO! though they would happily sell the Chinese produce if Putin could get enough people to start farming that unused arable land they have.

That said It may not be even government level but certainly a potential anti US - and Western since it also occurred here in England and possibly in other western nation's - sentiment may possibly be behind this.

IF they are harmful, only testing and analysis of the seed's and there DNA will tell, it will also provide a likely region for the origin of this parcel if it is not already on the package in the form of a post mark of some kind.

I doubt this is innocent however, at least 40 people suggests a concerted effort by someone willing to spend money on packaging, mailing and hoping that some idiot will plant them.

Also the seed's themselves could be toxic.
www.dailymail.co.uk...

Now this is an important note, we do not know there origin, China may just be the patsy and they could be from other originating areas but likely they are from China.

And it is not just the unknown plant species that is of concern, seed's can carry diseases that can wreck crop's.
naldc.nal.usda.gov...
www.canr.msu.edu...

I find this extremely disturbing AND there is no reason why it could not be government sponsored though I would think they would find a more affective and guaranteed approach to infecting. 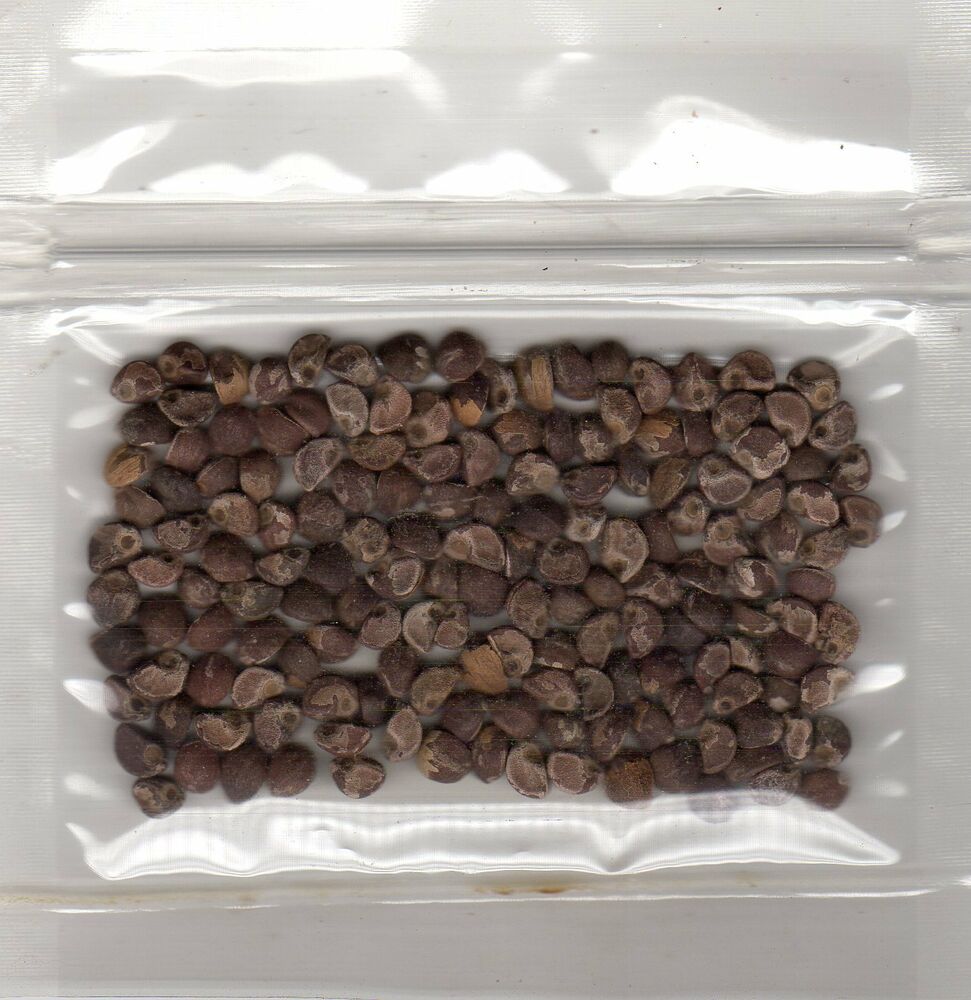 Hawaiian baby woodrose is an ornamental plant that is related to the morning glory plant. It grows in Florida, California, and Hawaii. The seeds are used to make medicine.