Officials Giving In to Terrorist Protestors Have a Shocking Wake-up Call Coming Their Way.

Tonight, Chicago mayor Lori Lightfoot is giving in to protest leader's demands that a large statue of Christopher Columbus be removed.


Mayor Lori Lightfoot is planning to remove the controversial statue of Christopher Columbus from Chicago’s Grant Park as soon as tonight, to avoid another high-profile confrontation between police and protesters like the one that happened last week, sources told the Tribune.

Not all Italian-American leaders in Chicago are on board with the decision, but it has received the blessing of some groups, sources said.

Protesters marched downtown last Friday then headed into Grant Park where a group of individuals attempted to take down the statue, similar to what’s happened in other cities across the country.

These small-brained Mayors, Governors, and other officials who think APPEASING terrorists is the way to PEACE, are about to learn a hard lesson.

Something the U.S. Government learned long ago in their dealings with terrorists.

You give in to their demands, and the group leaders will never stop threatening, extorting, and demanding things.

Now we see a new tactic with Lightfoot 🆘

What they are doing is the very definition of Terrorism.

Using violence for a political cause.

There are ways of removing it legally if the people really want that, without the distruction of public property. What else would you call it?

They're TERRORIST dude, snap out of your ridiculous ideological naive school girl fantasy.

posted on Jul, 23 2020 @ 09:30 PM
link
I don't agree with tearing down statues. They should be painted yellow, just like the people the represent.

No, it's rioting. And you're blanklet labeling everyone.

originally posted by: blueman12
a reply to: Arnie123

It's the right wing tactic so they can tear up the constitution and deny anyone the right to assemble and and protest. Broad brush terrorist painting.

Right, funny how fast a right winger will give up their rights and freedoms in exchange for a cult of personality, war, or supposed threats against the u.s.

They're screaming "violent terrorists" for roudy protesters, while the military bomb and kill innocent people and children over the phony endless war on terrorism.

American Hypocrisy at its finest.

Guess terrorists are only the ones who go against what you care about..

These leaders will be eaten by them eventually they will be deemed not pure enough and will be canceled.

Definition of terrorist (Entry 2 of 2)
: or, relating to, or characteristic of terrorists or terrorism : practicing or involving violent acts of terror
which is in the eye of the beholder


Islamic State militants indulged in new public displays of artifact destruction this week, sledgehammering a half-dozen statues said to have been stolen from the ancient Syrian city of Palmyra.

The militants also broke up a hidden 2,000-year-old lion statue they discovered in a Palmyra museum garden and demolished a 13th-century tomb near the northern Iraqi city of Kirkuk. 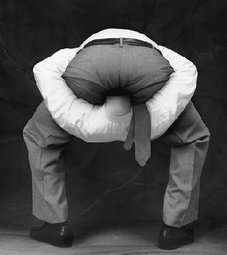 edit on fThursdayAmerica/Chicago0209699 by Flesh699 because: IT'S SO FUN