posted on Jul, 22 2020 @ 06:38 AM
link
Homer's Iliad is a story about ancient times, which for hundreds of years was considered a pure fiction. However, Heinrich Schliemann, who believed in legends, gave up on abstruse scientists and dug up Troy. After that, it became obvious that the events described by Homer actually took place.

It became clear that all the heroes of the poem existed, and therefore, many of those events are real. Achilles was of particular interest. 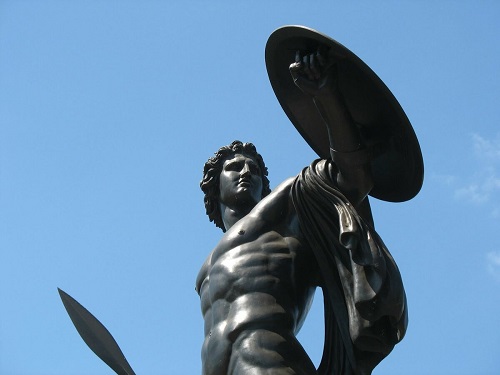 A hero, a fearless warrior and leader of the warriors of the Myrmidonian tribe, he, according to some historians, was one of the ancestors of the Russian people.

In the 19th century, academician Vasily Vasilievsky reported that, apparently, Achilles was a Tavro-Scythian by origin, originally from the Crimea. At the same time, as the currently generally accepted theory says, Achilles lived in Thessaly and ruled over the Myrmidons - a kind of mythical, as official historians believe, tribe.

No special traces of the Myrmidonians were found in Greece, but at the same time in the Crimea there was a city of Mirmekiy, whose authorities even minted a coin with the image of an ant. By the way, the Myrmidons means ants. Mirmekiy is a city of ants. 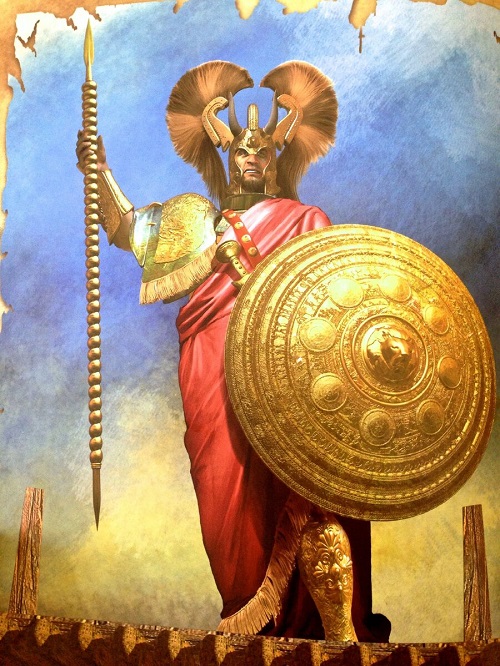 In those distant times, the main grain supplier for Greece was the northern Black Sea region. And according to Vasilievsky, Achilles was the leader here.

“The Russian prince, at the head of the Russian squad, stormed Troy,” Vasilievsky concluded approximately.

The Iliad and other sources say that Achilles did not want to fight, and in every possible way avoided going to Troy. In fact, what he forgot there, the leader of the Scythian tribe. Why would he get involved in inter-Greek showdown.

But one way or another, he and his fighters ended up in the camp of Agamemnon. Years of siege passed, battles raged, fleeting battles broke out.

And Achilles was constantly invulnerable. Of course, there is a legend that his mother did her best, leaving only one point available for the weapon - the heel. But no one knew about this, and Achilles was completely safe.

However, as follows from the poem "Iliad", all the same, the reason for Achilles' invulnerability was his wonderful armor. Impenetrable for any type of weapon of that time - bronze swords and spears with arrows, which also had bronze tips.

Allegedly, Hephaestus himself forged such armor for Achilles and gave him a very good shield that reflected all blows.

We must look at the city of Mirmeki, the homeland of the hero. It is located on the territory of Kerch. And the word "Kerch" or "Korchev", as he was called earlier, in the Old Russian language means "Kuznetsk". This is because the word "kerchiy" is "blacksmith".

It is a well-known fact that in those places there are deposits of iron ores that have been mined for a long time.

Considering the above, it can be quite confidently assumed that the armor of Achilles was forged from iron, including the famous shield. This easily explains the invulnerability of the hero to bronze, and even more so copper weapons.

Of course, this version is no worse than others.

However, at one time the hypothesis about the origin of Achilles as a Russian hero met fierce resistance in the international historical arena.

This was based on the reluctance to miss Achilles from among the European enlightened heroes. Since he is the protagonist of the oldest poem in Europe, it was unthinkable to "give" him to the "barbarians" from Russia.

I love this thread!

That being said, just because Troy is real, doesn't mean the characters from The Iliad are real.

posted on Jul, 22 2020 @ 07:07 AM
link
Your posts are informative and highly entertaining RT. I have always enjoyed mythology; never heard this theory postulated before.

The story behind Achilles alleged impervious to injury is, IIRC, that his mother dipped him in the River Styx (the river that separated the lands of the living and the dead) as a baby, thus granting him god-like attributes in combat. However, when he was immersed in the river, his mother held him by his foot, thus leaving a single part of the body vulnerable: his heel.

posted on Jul, 22 2020 @ 07:12 AM
link
Is a suit of iron armor even feasible because of weight? Iron is God awful heavy and I can only imagine what a breastplate of it would weigh.

It'd be so heavy that the weaer is at an actual big disadvantage, even if it protects better. Afterall, that's why mankind moved on to bronze and finally steel.

I'm not a big fan of the movie production; I much prefer reading Homer's story.

Quite a stretch saying Achilles was Russian. There was no Russia at the time.


It later turned out that Schliemann's claim to the treasure had been wrong all along. His findings did not amount to the treasure of Priam, but were rather a relic from an unknown culture, which had flourished 1250 years before ancient Troy.


A hero, a fearless warrior and leader of the warriors of the Myrmidonian tribe, he, according to some historians, was one of the ancestors of the Russian people.


Well, my mother was blond with blue eyes, therefore, by that same "logic" I am also a descendant of Achilles !!

Here is another theory i have come across en.wikipedia.org...

Homer's Greek contains a large number of loan words from western European languages, more often from Dutch rather than English, French or German."[2] These languages are considered by linguists to have not existed until at least 1000 years after Homer

Another interesting read is this one www.zianet.com...

posted on Jul, 22 2020 @ 01:40 PM
link
Are you mixing up the almost myth of achilles with the Russian book "the death of achilles".
Achilles, in Greek antiquity was a man born in Central Greece.

posted on Jul, 22 2020 @ 02:03 PM
link
a reply to: RussianTroll
Weak point in the argument; The Scythians were not Russians. They are regarded as belonging to the Iranian language-family. The Russians are slavs.