posted on Jul, 20 2020 @ 04:37 PM
link
...Thanks to a very Woke, young, California teen and his heroic petition, grocery store chain, 'Trader Joe's' is removing all of it's "racist" packaging of it's international lines of foods.

It seems to be some sort of new "racist" cultural-appropriation angle, known now as "exoticism", whereby 'Trader Joe's' is establishing the name 'Joe' as superior to common names in other cultures...or something like that...the logic behind the accusation really doesn't matter too much these days.

Whatever the actual crime may be...suffice it to say that 'Trader Joe's' is obviously somehow "racist"...and it is now bending over backwards to the heroic young wokester and is moving heaven and earth to quickly right it's "racist" wongs. 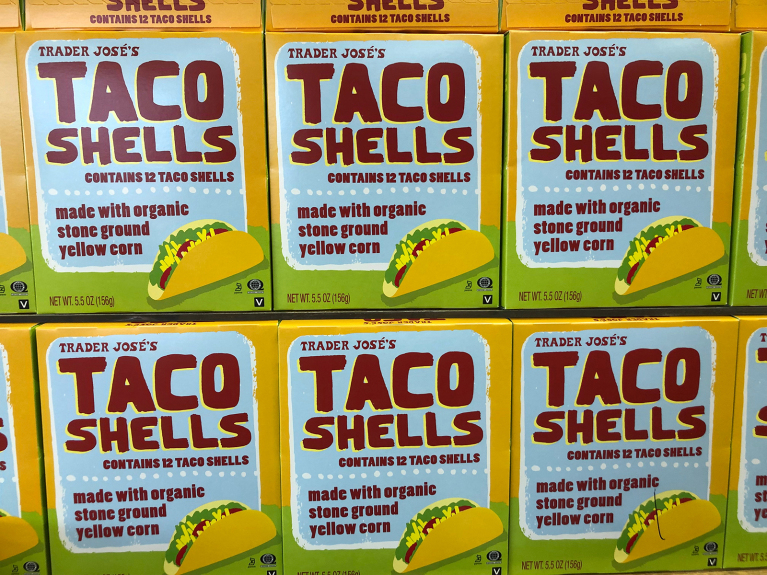 More than 1,700 people have signed a petition urging Trader Joe’s to change the labeling of some of its international food products, calling the grocery chain’s branding “racist.”

“The grocery chain labels some of its ethnic foods with modifications of “Joe” that belies a narrative of exoticism that perpetuates harmful stereotypes,” the petition, which a California high school senior launched two weeks ago, reads.

It cites “Trader Ming’s,” the grocery chain’s label for its Chinese products, “Arabian Joe,” for its Middle Eastern products, “Trader José,” for its Mexican products, and a handful of others as examples.

“The Trader Joe’s branding is racist because it exoticizes other cultures – it presents ‘Joe’ as the default “normal” and the other characters falling outside of it,” the petition says.

How this "racist" atrocity has gone on unchecked this long is beyond me.---BUT I KID.

Fair enough I guess, calling trader Joe's stuff trader José in order to try and fit into the prevalent reality is bad!

Just call stuff by its real name, no matter where it is sold, but be prepared for some strange sh** on your shelves.

Stuff you can't even read because YOU ASKED FOR THIS SH**!

One day, even today idiots will look back on this and shake their heads. it will take time, as today, they are climbing over themselves in the race to dumb#sville.


Yet another cave-in to the deranged mob.
Sad.

The MSM is buttering-up the Public with their daily BS 🤣🤣


I can maybe see why some of the rest of those, not that I agree with changing them. But how is trader José racist? Is José not Spanish for Joseph? Is that not literally just still trader Joe's?

I'm so confused. So is a Mexican man named José racist now?
edit on 20-7-2020 by FauxMulder because: (no reason given)

Jose is a white european name.

Spanish is a white european language.

It originated from Mexican silver miners in the 18 th century. Gunpowder was wrapped in a paper like a “taquito” and inserted into rocks before detonation.

By this time, tacos were known as the food of the working class, which included miners. This resulted in their portable street food being called “tacos de minero“, also known as “miner’s tacos”.

As to José which one is trader José... is he the English, Spanish, French, Dutch or Celtic one?

i have a buddy. his name is dick. he also started a petition but only 10 women signed it and they were all lesbians. so we can still say dick to our penis.

maybe i'll start a petition: let's turn off the internet before it kills us all!


Just call stuff by its real name, no matter where it is sold, but be prepared for some strange sh** on your shelves.

And the madness continues on and on and on...

Companies that cave to these woke #wits piss me off more than the irrational slop being pushed by said woke #wits.

I'm so confused. So is a Mexican man named José racist now?

Apparently.
It appears the name Trader Joe is being held up as somehow superior to the more subservient Trader Jose'.
Because only white people are named 'Joe'.

Time for those idiotic swj's got their hands dirty doing something useful!!

posted on Jul, 20 2020 @ 05:23 PM
link
a reply to: vonclod
How about big chief tablets in the hands of elementary school children?

originally posted by: FauxMulder
I'm so confused. So is a Mexican man named José racist now?