A photo and film restoration specialist, who goes by the name of DutchSteamMachine, has worked some AI magic to enhance original Apollo film, creating strikingly clear and vivid video clips and images.

"I really wanted to provide an experience on this old footage that has not been seen before," he told Universe Today.

Take a look at this enhanced footage from an Apollo 16 lunar rover traverse with Charlie Duke and John Young, where the footage that was originally shot with 12 frames per second (FPS) has been increased to 60 FPS:
www.sciencealert.com...

originally posted by: UpIsNowDown
a reply to: gortex

This is exactly the type stuff that brought me to ATS

I think it's due to the brightness of the Moon.

Yeah , if they pointed the camera up it would probably be pretty clear .

Great find! Thanks for sharing!

posted on Jul, 20 2020 @ 02:04 AM
link
It's the aperture...thats why you never see stars. To film on a bright surface you need to reduce the amount of incoming light using the aperture. Now stars are distant dim light compared to the moon being all light colored and sunlit. So to tame the light you dim it too much to see the stars dim light.

As pointed out by others it's because the moon is very bright and the camera is set for filming the moon, not the sunlit sky.

Also, this is 16mm film footage, not photographic film. I've only seen Jupiter in one short sequence of Apollo 16mm footage (Apollo 12) and that was from lunar orbit. Apollo did take many images of stars, but they were either using film and lenses capable of doing the job or in conditions where they would show up.

edit on 20/7/2020 by OneBigMonkeyToo because: clarification

posted on Jul, 20 2020 @ 08:13 AM
link
How was the rover footage originally transmitted to earth?
It couldn't have been transmitted live, due to the rovers erratic motion?

The footage you're seeing there is 16mm footage, not the live TV broadcasts. Apollo 15 and 17 did do brief transmissions but the vibrations were too much.

The kind of minor vibrations from the astronauts loading and unloading equipment would not have had much of an impact given the broad broadcast cone being transmitted to the big receiving dishes on Earth.

Considering he is on a different planet, in a life-suit, less gravity and the terrain itself, the speed he is doing seems fast. Have to give the operator extra credit for that!

This was fascinating. Thanks for posting this. Looking for the day I can do some VR driving on the moon. I hope I live long enough for the VR technology to make it feel like the real thing.

Thanks very much for your work in this area. Perhaps you are the best one for this subject we have in my years reading your posts on ATS.

No but a famous object that is either a rock or something very different to a rock most certainly is.
This object. 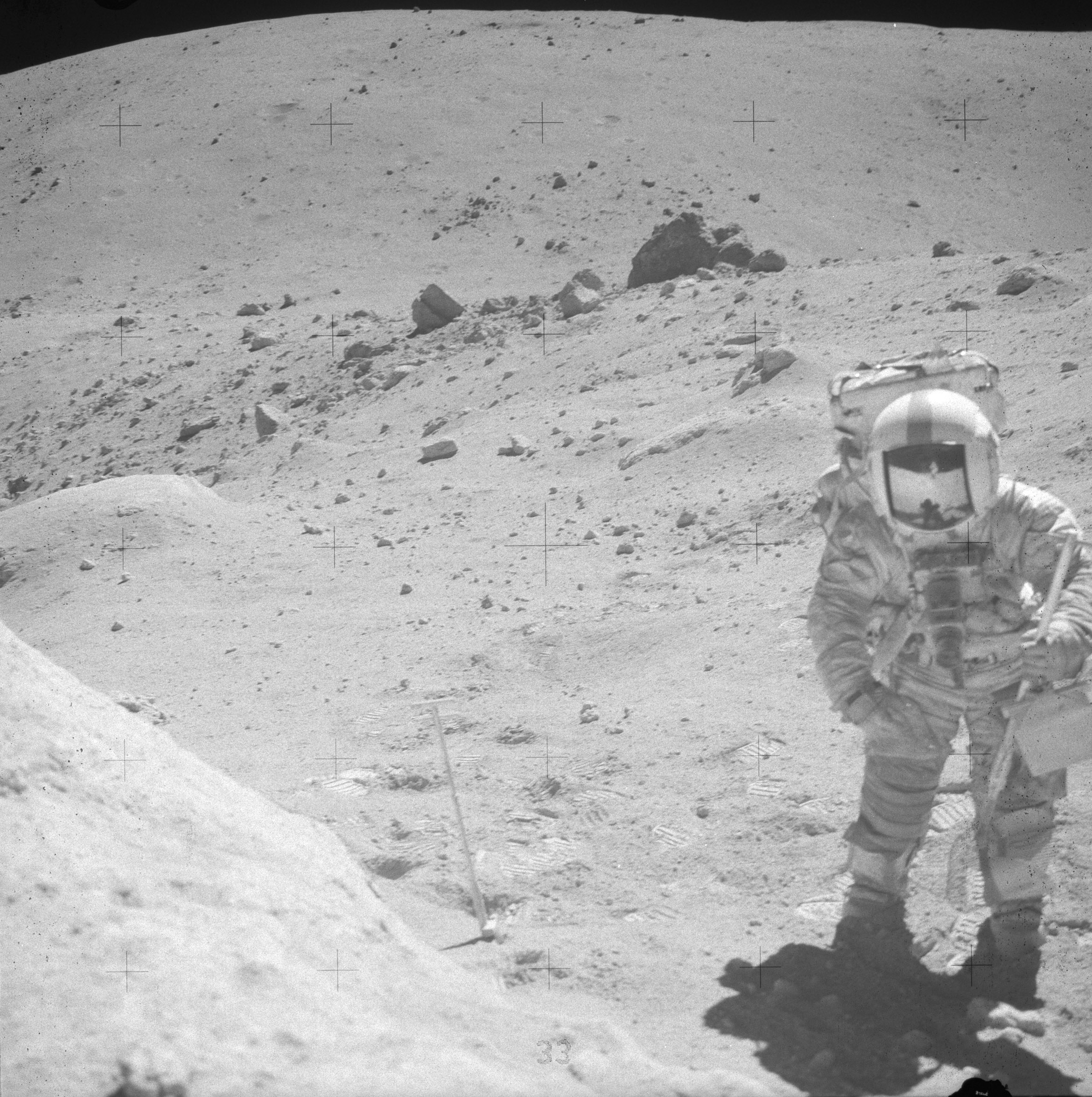