Snakes, lets talk about it.

I have had a few pythons and know how timid they are.
They are the least likely to bite you.

A ball python( or royal python) is the least likely to bite you, thats why they use them to teach children about snakes in schools.

Enough with the fear, your cat will mess you up before a snake does.
It is said that man fears, death, heights and snakes....but why??
Its irrational?

The biggest one I had was 115lbs and was a gentle giant...his name was Sunny and he scared the crap out of people, nobody knew what a sweetheart he was, people just believed the hype about a big snake.
I have some pics but i can't upload them, ats is being funny with me.

I would be more scared of a hundred foot drop before I would be afraid of a little snake.
The are docile and only want to get away from you...its really that simple.

The fear is in your head.
When i was younger, we would train them by letting them bite us, after that, they would calm down and be pals.

Any Herpetology peeps in the house??

Aww. I love Little Rays. So great for kids and big kids.

Snakes are just one of those things. Spiders too I guess. I think it's the "slitheriness".

a reply to: DrumsRfun
I wonder if it's the same with space...

I don't like snakes and I have seen too many videos
of kittens being fed to them.

I saw this 25' monster in person awhile back. 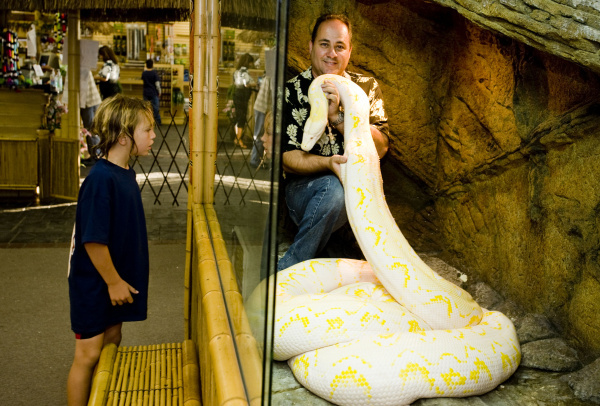 Twinkie, from Prehistoric Pets in California.

posted on Jul, 13 2020 @ 02:43 PM
link
Many fear Serpents in current times because they are associated with the Shayāṭīns said to of been in the Garden of Eden.

I didn't realize you were in my area.

posted on Jul, 13 2020 @ 02:46 PM
link
Is it Amphibian, Insectoid, Mammalian or Reptilian defense watching over planet EA*RTH outside of EA*RTH/SOL Space? 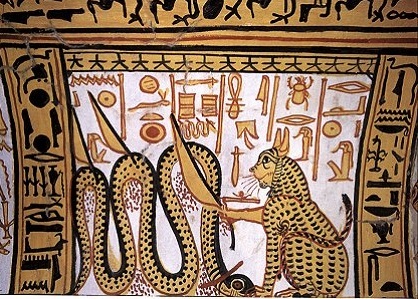 I fed mine rabbits, the small ones got rats. 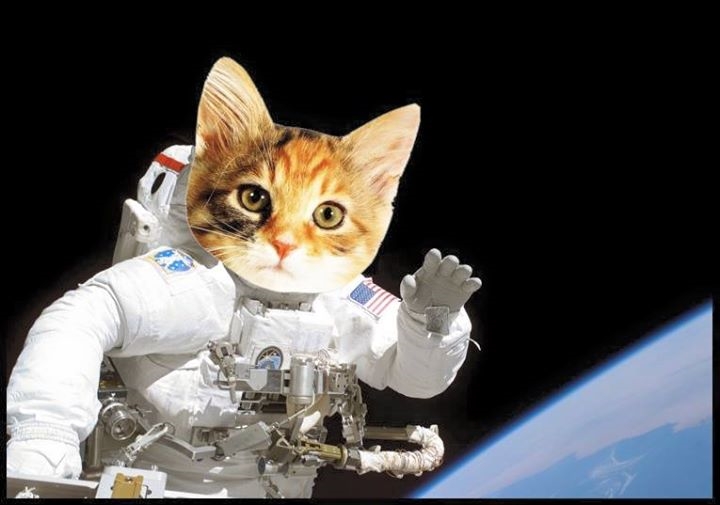 where i live we have rattlesnakes, copperheads, water mocaison, and corals. The corals are the most problematic because of their propensity to hide in flower beds and bushes.

Beyond that, i don't mess with them in the wild. I let snakes be snakes, and they let me be human, and we let each other alone after that.

posted on Jul, 13 2020 @ 03:09 PM
link
a reply to: DrumsRfun
I had a Ball Python, Opus was his name. Very gentle as you describe. One time, Opus escaped..uh oh, he was found a few months later hanging from the shower head of the appt below us..uh oh. I'm thankful the below neighbour was familliar and didn't kill him.

That was some time ago..now I just have 6 tarantula's

posted on Jul, 13 2020 @ 03:12 PM
link
The only real conflict on earth mammals vs reptiles, do your part for you species and don't fall for the pro snake propaganda!

I was mentoring 2 boxers, I took them in the woods and picked up a wild snake and set him on my lap, they started calling me Mr. Miyagi. lol

originally posted by: chiefsmom
I don't mind snakes, they are mostly benificial around here.