A frozen alien found in Antarctica? 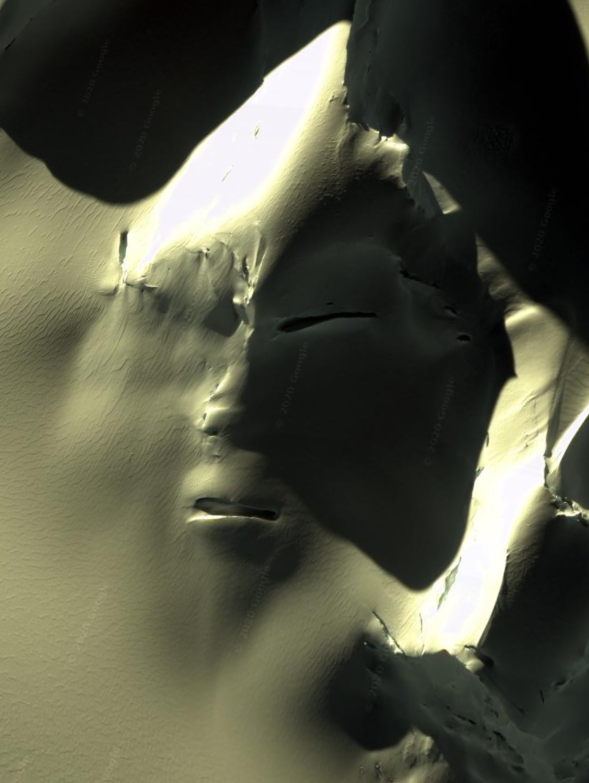 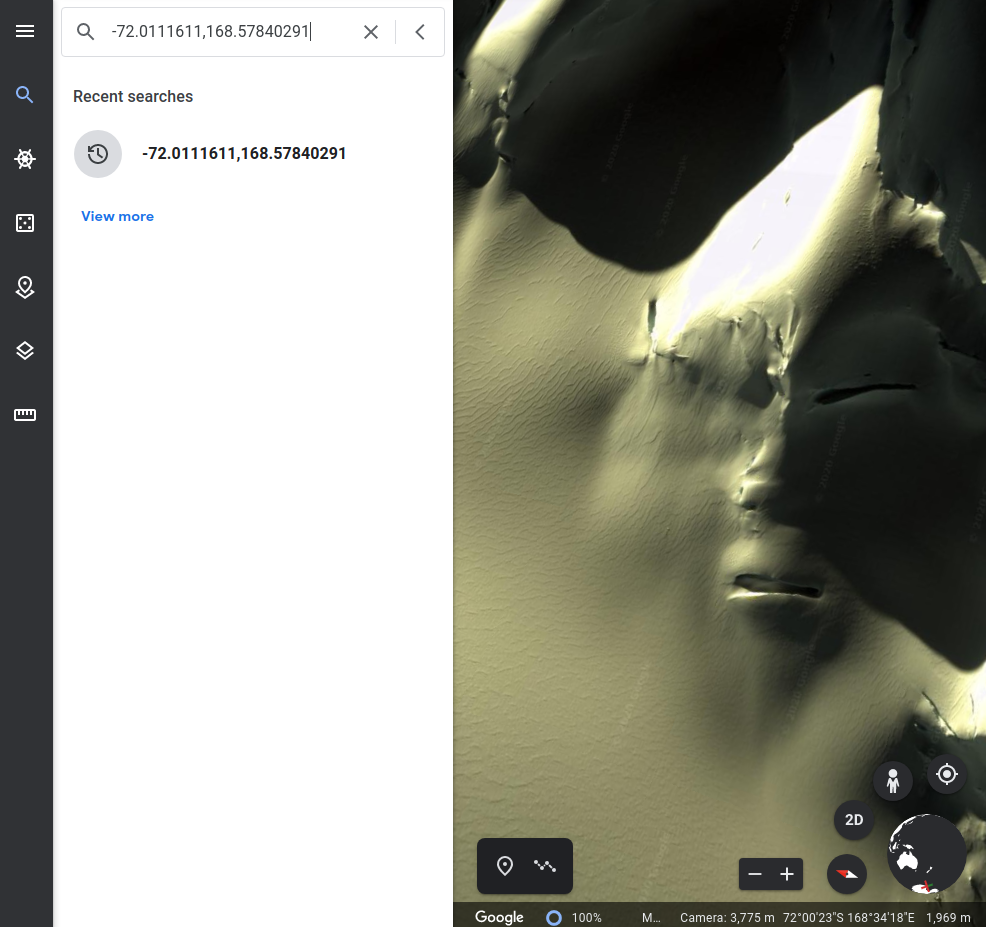 Here are some possibilities:

1. This was a Pre-Adamite, a creature that existed before Adam. The Pre-Adamites are believed to be an advanced ancient civilization that comes from Mars and landed on Earth before being wiped out. Their ruins were discovered under the ice so important world leaders quickly travelled to Antarctica. 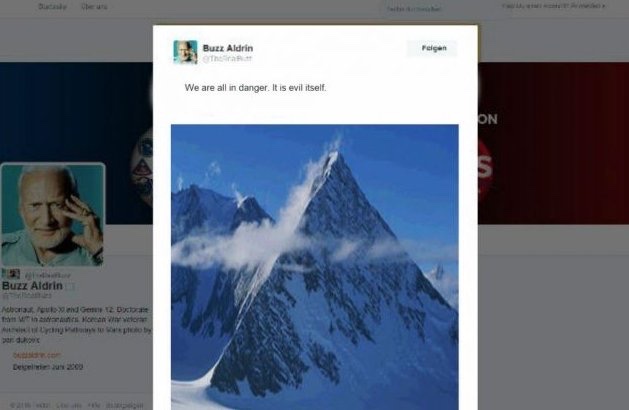 It's worth noting this happened after Trump won, so 'we are all in danger' could be a cry for help.

You can notice some similarities, particularly when it comes to the female skull: 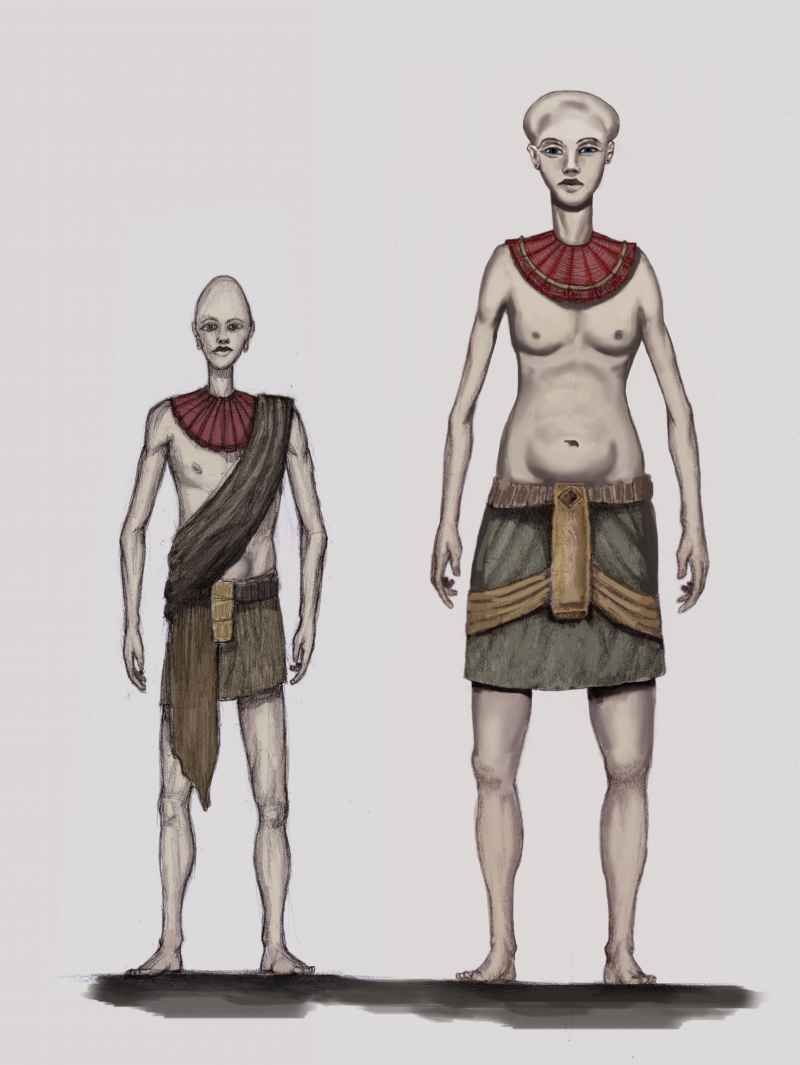 I also have this study which shows that fossils of Earth bacteria have been discovered in the Alan Hills meteorite in Antarctica which originated from Mars.

Magnetofossils from Ancient Mars: a Robust Biosignature in the Martian Meteorite ALH84001

Evidence of biogenic activity on Mars has profound scientific implications for our understanding of the origin of life on Earth and the presence and diversity of life within the Cosmos. Analysis of the Martian meteorite Allan Hills 84001 (ALH84001) revealed several lines of evidence that has led some investigators to suggest that microbial life existed on Mars approximately 4 billion years ago (45). One of the strongest lines of evidence is the presence of tens-of-nanometer-size magnetite (Fe3O4) crystals found within carbonate globules and their associated rims in the meteorite (57, 58). Approximately one-quarter of these magnetites have remarkable morphological and chemical similarities to magnetite particles produced by magnetotactic bacteria, which occur in aquatic habitats on Earth


This means that these bacteriae existed before there was any life on Earth.

2. This was some kind of a giant or a 'nephilim' from the 'times when giants walked on Earth'. (notice the hidden hand, a symbol of masonry) 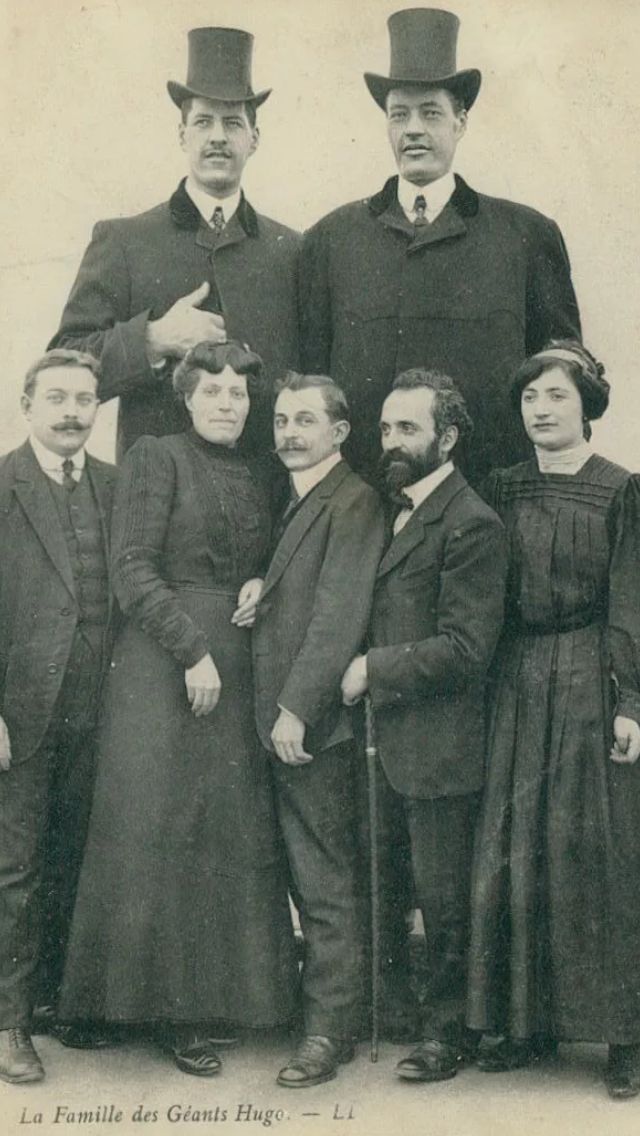 If you look at the skull again, this creature appears to be one that has an elongated skull and is depicted in many pictures as being an ancient creature. 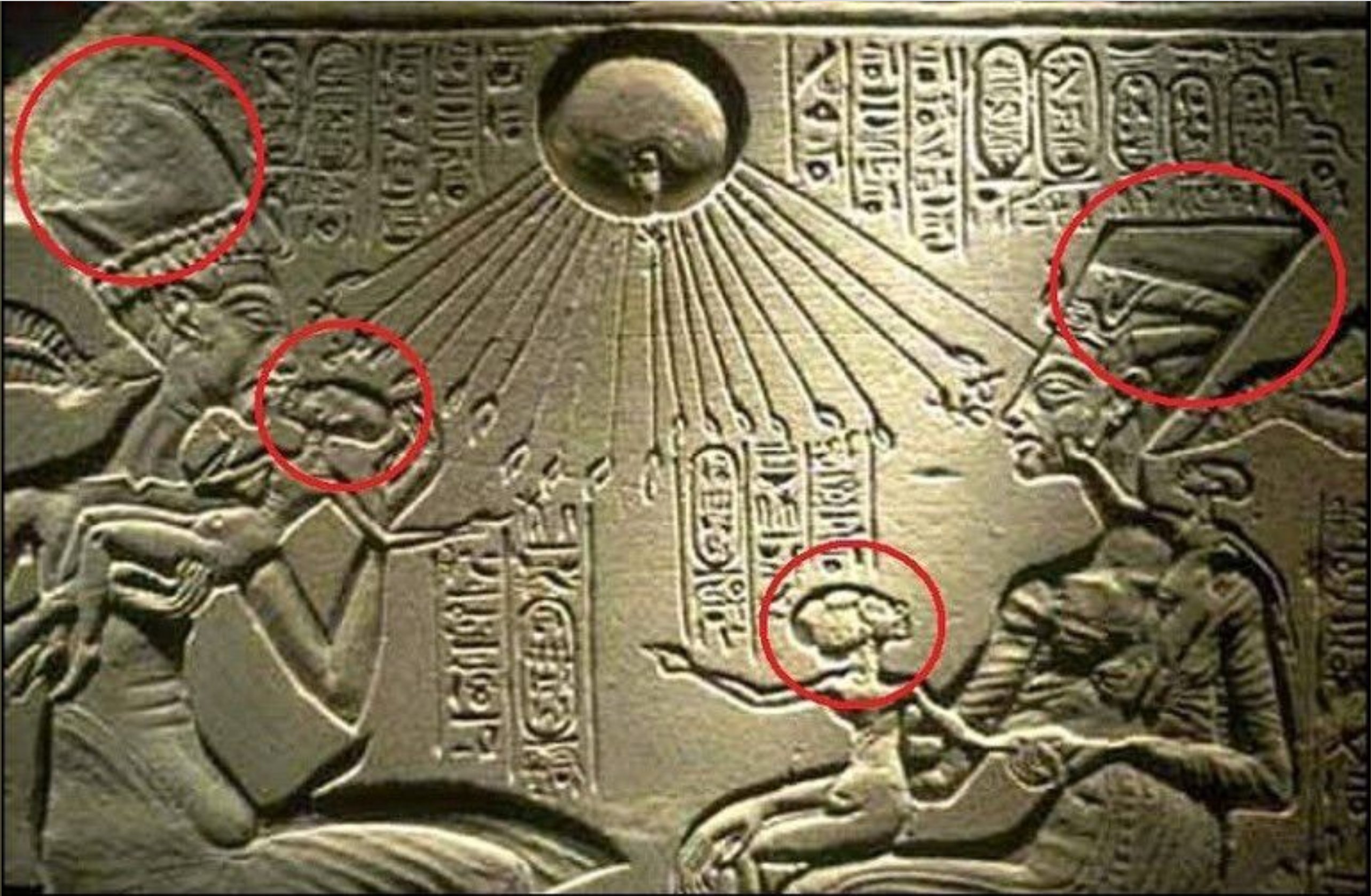 Jacob Rothschild's skull also has an unusual shape and the Rothschild dynasty is one of the 13 bloodlines of the illuminati which can trace their bloodlines back to Babylon and ancient Egypt. 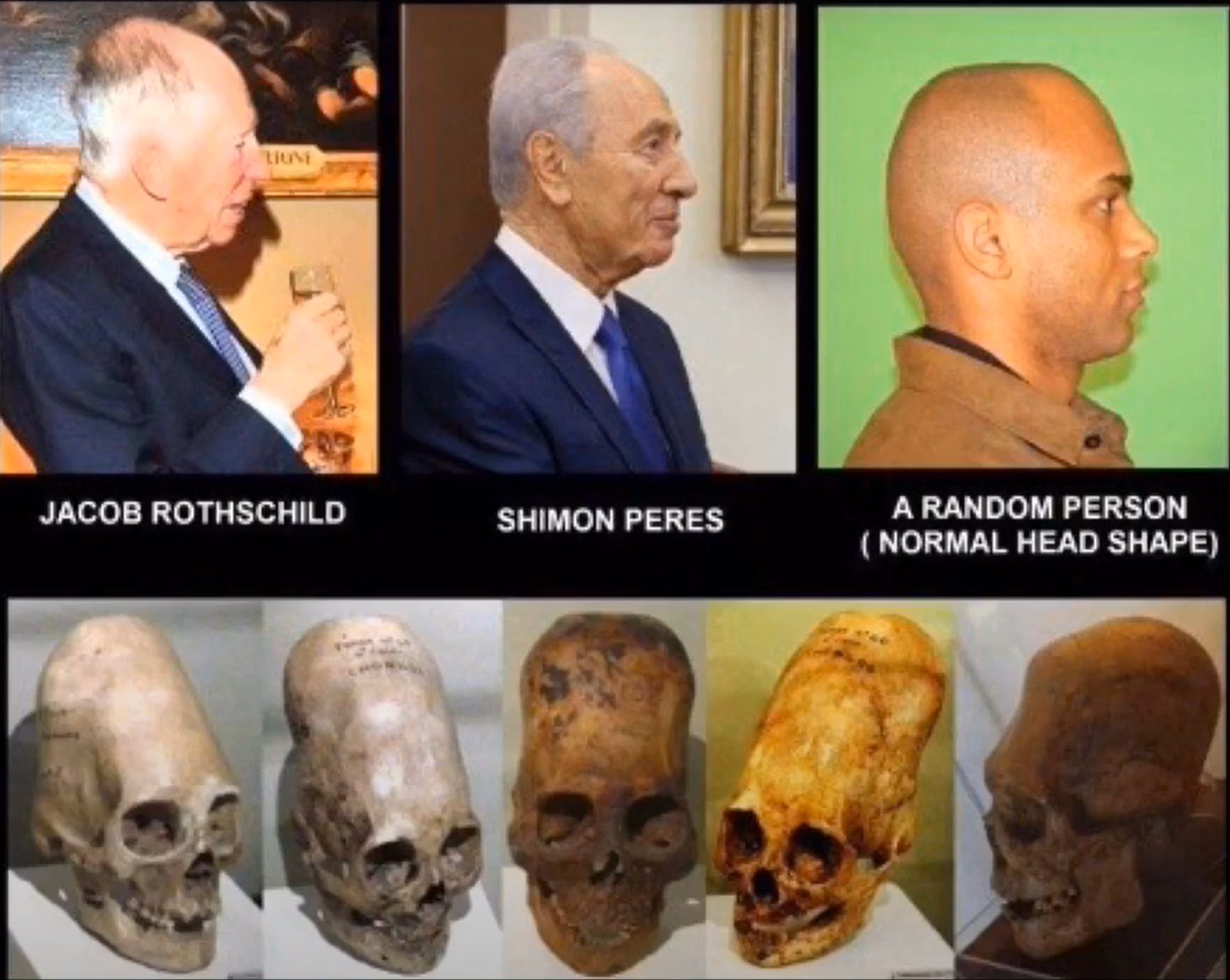 Then there's this picture. Here you can observe serpents wearing big hats pulling the strings of people with elongated skulls that pull the strings of leaders while the slaves (sheep, average people) fight each other and are unaware of who rules over them, a situation that's still relevant today.
Therefore 'it is evil itself' could also refer to the evil ones controlling the world. 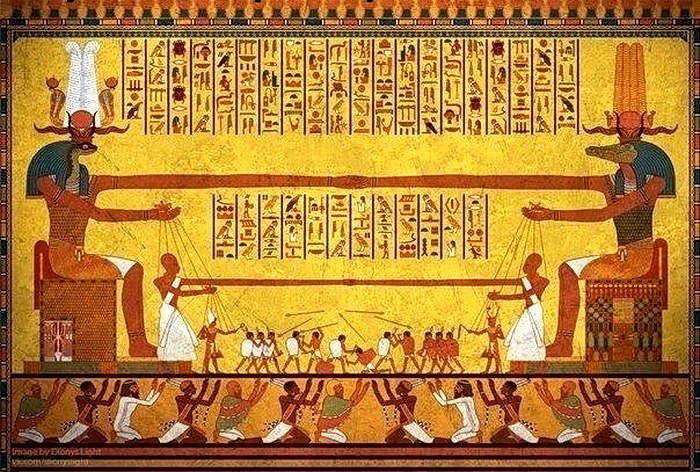 To me, that face looks too real to be ignored. What are your thoughts on this, ATS?

posted on Jul, 12 2020 @ 12:11 PM
link
Interesting thread, I'm a believer in Antarctica holding a lot of secrets, not sure if its aliens but theres definitely something 'big' there to draw in the elites the way it has recently.

The temple of the one is also something I'd like to find more about. What is 'the one'?

You can find the two here:

Let me know if there are other issues

IDK bro that would have to be a big ass alien if its head is the size of mountains the OP image you can compare the "features" against all the snow drifts and other geographic features... If the image is a real image it is coincidental.

A being of that size would not be possible on Earth due to gravity and bio-mechanics.

Following human body proportions of 1 body length being around 7 head lengths, and using a head length of 600m based on Google Earth, this being would be around 4200m (13779 ft.) tall. 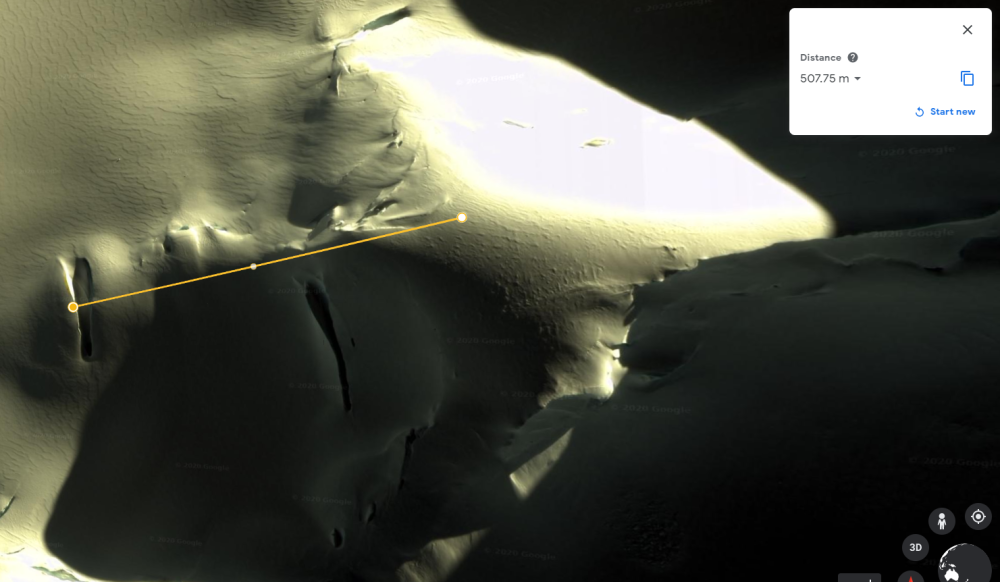 
Just highlight the coordinates and "search" google, it should bring up the image, although sideways

originally posted by: infolurker
a reply to: Anon283799

schuyler
+36 more
posted on Jul, 12 2020 @ 12:29 PM
link
If you measure the elevation difference between the chin and the forehead you will find it is over 1,000 feet. It's a frickin snowdrift, people. To claim that is an "alien" is laughably ridiculous.

I'll shake your hand if you dare to approach Buzz 'Rocky' Aldrin in the street and assert to his face that he went there to look for aliens!

Mind you, during an article in The Independent on 16th July 2019 about the expedition, Buzz was quoted saying something that would certainly have conspiracy theorists chomping at the bit:

... a cluster of futuristic white pods nestled together amid ochre granite boulders – like burgeoning mushrooms growing on plains of Mars. Buzz provided some practical feedback in case Woodhead wanted to expand his operations: “If this were a Martian base, I’d put the pods closer together.”

posted on Jul, 12 2020 @ 12:33 PM
link
yes I was going to ask about the size from the poster above it is really big.......I remember the elites being antartica so SOMETHING is there I'll give you that

Nope far too large by far, however it is a great example of how snow can drift into a shape that resembles a human face, the veritable giant abominable snowman.

That said I am not a fan of those idiot's that use Pareidolia to try to explain away every instance of image recognition since most often we ARE seeing something and they just want to deny it for whatever reason.

Still if the face on mars had not been bombed by a Nuclear bomb disguised as a nuclear isotope generator (there were even people demonstrating because they did not want it to launch with a nuclear payload though supposedly NASA JPL had dropped the original plan of using an isotopic reactor and replaced it with a solar array and nickel cadmium power cell - conveniently the same weight as the original reactor) in a mars probe that was switched out before launch for the weaponized version (done in secret as too many civilian's were involved in the real probes construction and which had an entirely different agenda and was actually nothing more than a nuclear payload delivery system) and lost contact conveniently just before it entered mars orbit (the real one was going to take high resolution close images of Sidonia region AND if the face on Mars) well the now severely collapsed and damaged almost beyond recognition structure which may have contained an archive and was wrecked because of the low to medium yield medium to low altitude nuclear air burst that detonated over it caused to the monument in order to hide the evidence so the ones in power (That shadowy cabal of uninventive and purely moronic but in charge individuals) can feel secure that ordinary (Actually superior to them in almost every single way) humanity will stay under there thumb then if you were to take that structure and put it in Antarctica and then blow snow over it well it could look very much like this.

As for people's head shapes however and despite Karen Hudes assertion's which may be based somewhat on fact even though likely through deliberate psychotropic poisoning she was sent well and truly off the rails of normalcy most of these examples are just people with different shaped heads, Perez Head probably had very little or no discernible brain size difference to your random normal guy (Random from which nation he has a very strangely flat head mine is round), that said you can see distinct similarity's indicating probably familiar or racial link to the Rothschild as there heads are of identical shape, that said I have met people whose hat made my head which is average size look like a pin head, I also had a teacher in college called Pamela whose head was tiny, really tiny yet she was a mathematician and very clever in just about everything else so it is not the quantity that matters it is the quality.

As for those Paracas skull's I do believe the finding was accurate and they DO represent a different sub species of human being's though I do not accept claim's of them being alien or alien hybrid's.

Something happened to humanity - the rest of us that nearly wiped us out within the last hundred thousand years and reduced our numbers down to likely just a few hundred to a few thousand at most, we are those survivors descendants and so from a very small gene pool, these people in Paracas would have been descendants from another group of survivors whose traits remained dominant in them until they mixed if that was still possible or went extinct with/when modern human's arrived among them, were they more intelligent I don't know but like I say quality is often more important than quantity were brain size is concerned, cows are dumb most of the time - the odd one is pretty smart but compared to a bird whose brain is tiny they are thick as two short plank's.

Not completely off piste and worthy a look at in there own right.
www.collective-evolution.com...

klimitzgus
+1 more
posted on Jul, 12 2020 @ 12:37 PM
link
Maybe it is an ancient stone monument of some sort! It's certainly interesting pareidolia if nothing else.

In fact that is a pile of crap, the face on MARS still look's like a face however one that has been destroyed, turned into rubble and had half of it's slide down from the destruction of the monument in a landslide caused by the event.
The original photo's from the 1970's were so low resolution you could hide a dumper truck in a single pixel however the face is so large this is made irrelevant and there were still enough pixel's to show it and the direction of the light shows the features were RAISED features not indented ones as the face in it's current state is today after the mysterious loss of contact with the next probe that was scheduled to take a look at the face and then was lost in it's final orbital insertion - or had it's radio communication turned off by the other mission control in charge of the other mission a cover up one.
www.abovetopsecret.com...

I mean why did JPL process the image three time's removing as much detail as they could and making it appear more flat each time before releasing there latest version to the public, come on man wake up it's not the first or the last time that thing's have been covered up.

I mean look what they did to that square structure on the moon?.
www.ancient-code.com...

Aliens that large needed to bring tons of food. The ship itself must have been many miles in diameter. Maybe Antarctica itself was the ship.