posted on Jul, 11 2020 @ 04:42 AM
link
A skeleton of a man dating back to The Iron Age - over 2000 years ago - has been uncovered by archeologists.
The man had his hands tied and it is thought he may have been murdered for one reason or another. 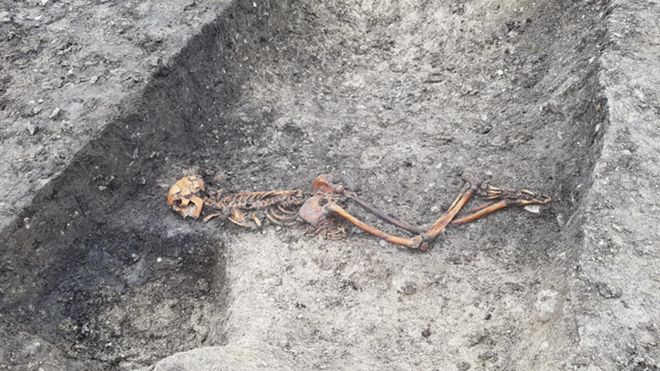 The skeleton was discovered by archeologists working on the HS2 project.


The HS2 high-speed rail link will connect London to Birmingham, Manchester and Leeds.

It is the biggest infrastructure project in Europe, but has been delayed and faced concerns over the exact route and spiralling costs.

There have been a number other finds uncovered during this ongoing project.

A Stonehenge-style wooden formation and Roman burial have also been discovered.

They are among a number of finds ranging from the Neolithic Age to the Medieval period unearthed ahead of construction work for the 225mph (362 km/h) rail line. 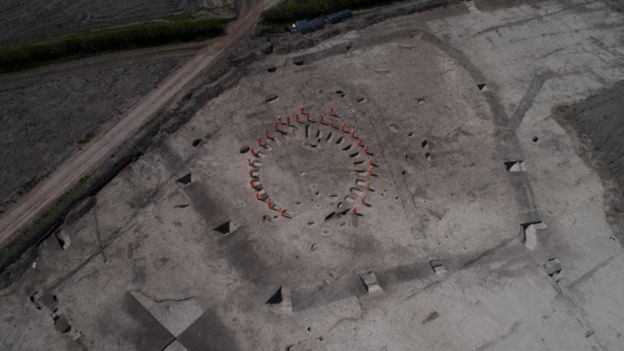 A large Neolithic circular monument of wooden posts 65m (213 ft) in diameter and aligned with the winter solstice, "similar to Stonehenge", was uncovered.

The site also has evidence of domestic occupation during the Bronze to Iron Ages (3000BC to AD43), including a roundhouse and animal pits. 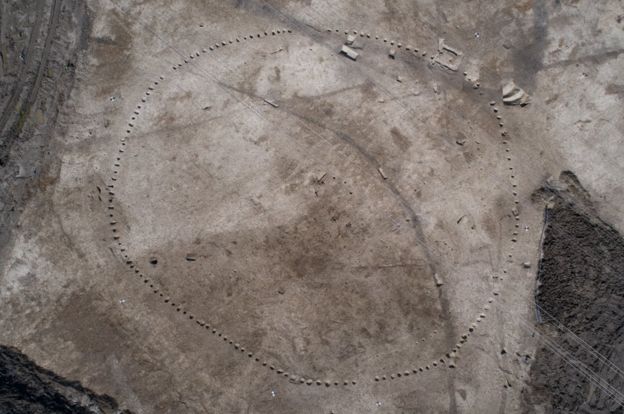 It just shows how little we really know about our ancestors and about how widespread and consistent their beliefs/practices were.

I can't help but wonder what further discoveries await us and feel saddened at what we have already destroyed or hidden under layers of featureless concrete etc.

Looks like a Politician who misrepresented The Good People of that time in History to me.

Britain - archaeologists wet dream. So much they keep discovering

There have indeed. Including this in Birmingham City Centre.


The roundhouse, based on a design by Robert Stephenson was discovered on the site of the original Curzon Street station which operated from the 1830s to 1960s.

The Victorian building is thought to have been among the structures demolished from 1860 to 1870 to allow for the expansion of the station.

Historians say it was first operational as early as November 12 1837, meaning it predated a similar building in Derby by almost two years.

posted on Jul, 11 2020 @ 11:50 AM
link
There have been a number of great finds discovered during this ongoing project.
I am an Earth Scientist but in another life I would be an Archaeologist.
I adore history and archaeology and am sure many archaeologists have gained employment as a result of this project but at what cost?
Much of the the countryside is being destroyed by the project and it is costing more than £100 Bn. All this cost for what result? So that executives can travel from London to Manchester 20minutes quicker.
A thread detour but putting some context out there.

Not a great fan of HS2 - it comes nowhere near the North East and its benefits are minimal considering the costs.
However, it will offer much needed employment opportunities post-Covid 19 but this must be balanced against the huge environmental impact it will have.

And of course there may well be many other important historical finds awaiting discovery.

As more of these Iron Age finds are unearthed the more we realise that their society was far more complex than we previously thought and that there was a degree of co-ordination that we never thought possible.