by Jerry Dunleavy, Justice Department Reporter |
| June 25, 2020 08:25 PM
...
Alicia Garza, one of three co-founders of the Black Lives Matter national organization, has repeatedly talked about how convicted cop killer and wanted domestic terrorist Joanne Chesimard, also known as Assata Shakur, is one of her main inspirations. Susan Rosenberg, a member of the board of directors for the left-wing Thousand Currents group, which handles the intake of donations made to Black Lives Matter, is a convicted terrorist who, among other things, was suspected of helping Shakur escape from prison.

Rosenberg, who was listed as the vice chairwoman of the board of directors for Thousand Currents until the webpage was pulled down this week, as first reported by the Capital Research Center, had been a member of the radical leftist revolutionary militant group known as the May 19th Communist Organization, affiliated with the Weather Underground terrorist group and other radicals. She was convicted on weapons and explosives charges and sentenced to 58 years in prison, serving 16 years before being pardoned by President Bill Clinton in January 2001.
...

Thousand Currents is the left-wing group that handles donations to Black Lives Matter, and Susan Rosenberg is the vice chairwoman of the board of directors for Thousand Currents.

...
In 2016, representatives of the Black Lives Matter (BLM) movement approached Thousand Currents for fiscal management and administrative assistance. [9] This partnership led to a fiscal sponsorship agreement that launched the Black Lives Matter Global Network Foundation. [10] The W.K. Kellogg Foundation provided a three-year grant of $900,000 thorough Thousand Currents to help organize local BLM chapters. [11] Beginning in 2016 Thousand Currents supported BLM’s assistance to protestors at the Standing Rock Sioux Reservation in North Dakota who were opposing the use of the Dakota Access oil pipeline. [12] A BLM news release declared the 1,100 mile pipeline through the central United States to be an example of “environmental racism” because a portion of it ran within close proximity to Native American land. [13
...

Susan Rosenberg was part of the left-wing revolutionary militant group "May 19th Communist Organization." She was sentenced to 58 years, but only served 16 years when Bill Clinton pardoned her.

With Hillary Clinton admitting on live tv that "peace/civility should only return when democrats have total control of the government", and the fact that most of the Democrat Party has now openly admitted to be in favor of the Marxist groups BLM and Antifa whom are calling for the murder of police officers and other people. Do you actually think they(the elitists who were part of past Marxist terrorist organizations) stopped this plan to "murder millions of Americans whom will not accept socialism/communism."?

This is direct evidence that terrorists from the "Weather Underground", or other terrorists affiliated to WU are not only alive and well today, but are still actively participating in implementing socialism/communism in the U.S.

These are the same kind of people whom back then made a decision that in order to implement socialism/communism in the U.S. they will have to murder millions of Americans. From capitalists, to people whom have escaped socialism and communism these Socialist/Marxist groups made that decision long ago.

How many left-wing politicians could have been part of "Weather Underground" or other terrorist organizations whose main goal has always been to transform the U.S. into socialism/communism?

We have pretty much the entire Democrat party, except maybe a couple members, whom are demanding for defunding the police all over the U.S., disarming law abiding citizens so that we can't fight back, and implementing socialism/communism in the U.S.

These people haven't changed and they will bring the U.S. into the biggest Civil War we have experienced or seen anywhere else. The democrat party is the party many of these terrorists joined, and through it they plan on implementing socialism/communism by force in these United States.

People should remember the warning given by former FBI agent Larry Grathwohl, whom infiltrated Weather Underground, and told the world the plans that these left-wing fanatics wanted to implement in the U.S.

If you don't think these people, whom are infiltrated throught U.S. government agencies, don't want to do this anymore you are fooling yourself.

Look at what BLM and Antifa are calling for, and the large majority of Democrats are in favor of this change to socialism/communism, even if the entire U.S. burns down and millions of Americans are murdered by violent groups like BLM and Antifa.

edit on 9-7-2020 by ElectricUniverse because: add and correct comment.


Pardoning a Marxist woman whom alledgedly helped Assata Shakur escape, was convicted of weapons and explosives charges, and whose plan involved sending millions of Americans to "re-education camps" where they would be eliminated/murdered, and now is working to help BLM which is calling to put in "re-education camps" Americans whom dare not be socialists/Marxists, and have also called for the murder of Americans whom dare not be left-wing or are white?...

You are making a fool of yourself...


edit on 9-7-2020 by ElectricUniverse because: add and correct excerpt.


You are making a fool of yourself...


It's not an ad hominem, it is the truth.

Pardoned by Clinton. The Clinton's have been getting away with murder these last 40 years. Why do you think anything will change now.

posted on Jul, 9 2020 @ 01:15 AM
link
BLM and Antifa aren't the only far left-wing groups calling to put certain people in "gulags/re-education camps." 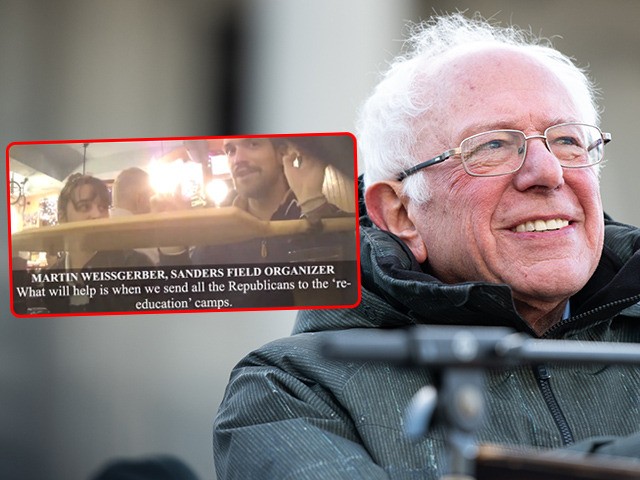 Pardoned by Clinton. The Clinton's have been getting away with murder these last 40 years. Why do you think anything will change now.


Bill was entangled in the Medina AK. coc aine in the 80's when he was governor, who do you think had Bobby Seals Arkansided?

posted on Jul, 9 2020 @ 01:56 AM
link
After the actions of ‘the left’ and the terrorist media and the democrat party over the last four years, there is exactly ZERO chance of a dEmocrat President this year and probably in 2024 as well.

The hateful, anti-human, oppressive agenda of sOciLiSm has been set back by decades thanks to the very morons who want it to succeed.

Driving people away from their cause seems to be the ONLY thing ‘the left’ is any good at.

posted on Jul, 9 2020 @ 02:15 AM
link
a reply to: Breakthestreak
W
No chance for the left, do you think that if Kanye West gets into the race it could be like a Ross Perot who gave Cinton a win in 92

They will resort to using illegal ways to win the elections. Notice how once again they are claiming "Trump will not accept election results." They have their polls set up to look like democrats/Biden will win. They want to legalize illegals, not just non-citizens, being able to vote in our Presidential elections, and they claim not allowing them to vote for POTUS equals to racism... They want to legalize mail in voting, and already we have found election fraud from democrats in New Jersey, and some other places, with absentee votes.


edit on 9-7-2020 by ElectricUniverse because: add comments.


A pardon by a Clinton hides second intentions.

A criminal forgiving another criminal.

Please, don't ask me what crimes or where is the evidence. You know perfectly what I mean.

And one of those Clintons have incited for violence against her political opposition claiming "until democrats are in control of the government there should be no civility/peace" towards the right.

You have the left-wing media inciting for violence such as Chris Cuomo saying "where does it say protesters have to be peaceful"?

You have others claiming that the BLM/Antifa riots have merit, when they are just using racism as an excuse to implement Marxism or even Fascism.


edit on 9-7-2020 by ElectricUniverse because: add and correct comment.

They just can't keep from shooting themselves in both feet time and again, can they? There's no excuse for hiring a terrorist, it's like saying because an arsonist did their time, they should be allowed to be a forest ranger. Who in their right f#g mind would trust them with that much tinder at their disposal?? Same thing here, who in their right mind would entrust their fundraising to a terrorist? And who'd believe that money isn't going to more sinister s# in the back room on the down low?

originally posted by: Phage
a reply to: [post=25292643]ElectricUniverse[/post

Depends on who is pardoned Clinton pardoned members FLAN who killed 4 people with a bomb. Should killers be pardoned? Should president do this on their last day in office to avoid the political heat?
edit on 9-7-2020 by PhilbertDezineck because: (no reason given)


Only if Trump grants them, apparently.


You are making a fool of yourself...

No, dude. You earned that one.

Wonder what Bill Ayers is doing?

He got a teaching gig in Chicago so you can bet money he fits into this violence we are seeing somehow. I have been waiting some IED's to show up. You know, weather underground trademark!