posted on Jul, 1 2020 @ 06:33 PM
link
Looking to pick up a new pistol. I put together a short list of ones that caught my eye. Feedback welcome, especially from anyone that's owned/fired one of these

posted on Jul, 1 2020 @ 06:45 PM
link
I like my Desert Eagle 357. It is a little heavy, but I used to be able to get a foot and a half foot pattern at a hundred yards with it with open sights. It also can have a scope attached to it, but I do not need anything more accurate than that, if deer hunting I could get a deer at fifty yards pretty easily. It isn't a pea shooter though, not something a woman would want to carry in her purse.

It is also pretty pricey now, I got it with a case and extra clip back in about ninety for five hundred bucks.
edit on 1-7-2020 by rickymouse because: (no reason given)

Absolutely love it, and hard to beat for the price.

posted on Jul, 1 2020 @ 06:52 PM
link
If you haven't, try to find a range where you can rent and try them all. One will probably stand out as your favorite for reasons your eye cannot anticipate.

I really really love my Smith & Wesson M&P Shield in .40 even comes with a built in green laser, and is nice and compact, packs a punch and its a great shooting sidearm 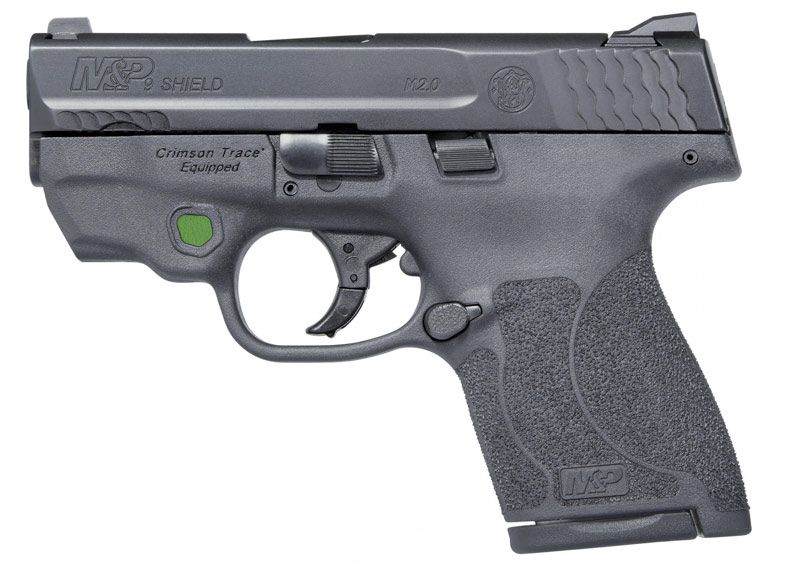 Shoulder rig on that FNX maybe? It is what you have to do if you want to run around with a M9.

posted on Jul, 1 2020 @ 08:06 PM
link
Make sure you look at the new Springfield hellcat, 9mm compact. I just got one 2 weeks ago and it is flipping awesome! It is the same size as a walther p22, and it shoots amazing, and the sights are really nice.

Is yours with or w/o safety?


basically the same exact as the pic. with thumb safety......its such a great conceal carry indeed
edit on 7/1/2020 by ManBehindTheMask because: (no reason given)

Out of that list the P226 is the only one I'd buy. I don't like striker fired pistols. Hammer fired is the only thing I'd ever carry as far as a pistol goes.

I would second the notion about the Canik TP9. Out of all the striker fired pistols that's the one I like the most.

I actually prefer the Beretta M9A3. Awesome trigger, smooth action, slide slides like hot butter. I've put thousands of rounds through mine and haven't had a single malfunction. Overall I like the M9s and 98s.

Check out the HK 45 it's a pretty nice gun, and if you're dead set on striker fire the HK VP9 is a pretty sweet shooter.

I could do a better job of recommending you a gun if you could give me more information.

Is this a daily carry? Holster selection could be difficult or easy depending on the gun.

Is this for around the home?

Is this for a SHTF situation?

Do you live in California?

Do you want single stack or double stack? Magazine size can vary from six to eight rounds to 12/15/17 or 20+

If this is for home defense or SHTF I'd suggest a "pistol" like the Scorpions or such.

Lemme know. I'd rather suggest something that works for you and is what you want than have you get a thread full of opinions.

posted on Jul, 1 2020 @ 10:06 PM
link
Get a Glock you can't go wrong with that. So many aftermarket parts for them it will make your head spin. Night sights, get a 3.5 pound trigger, and an extended slide release and you have taken an already amazing firearm and make it incredible.

I daily carry my Gen 5 Glock 19. Makes my comfy knowing I have 16 total rounds to sling at someone when I need it. Get a 9mm cant go wrong with the stopping power and cheapness of ammo.

Just promise the rest of us, that you won't be the moron to buy a .410 revolver.

Unless you have snakes... thousands and thousands of snakes...
edit on 1-7-2020 by madmac5150 because: Seriously? Who carries that?

originally posted by: SleeperHasAwakened
Looking to pick up a new pistol. I put together a short list of ones that caught my eye. Feedback welcome, especially from anyone that's owned/fired one of these

More info would be nice; experience, CCW, home defense only, what do you want to do with it?
9mm are easier to shoot than 40's especially follow up shots, 40's have more muzzle flip which can effect double tap accuracy. You need to train a little harder with a 40 than a 9. You may already know all this just thought I'd throw it out there.

All those guns are good guns. I like the Glock 27 (40 sub-compact) and for home defense the 1911 style is hard to beat and fun to shoot.