posted on Jun, 29 2020 @ 04:39 PM
link
The irony of people now complaining about "cancel culture" yet want to defend the idolization of humans that were both complicit and held up for their role in a 'cancel culture' against minorities, the disenfranchised, and the defenseless for years and years is almost laughable. Almost.

Ok then should we change or the American flag since some see it as a offense symbol?

No, we should make all who find it offensive move to another country that better suits their ideologies. Catering to the minority will get tiresome very soon. Once we all find out that there won't be anything done that can satisfy this insatiable appetite for removing history, it's my hope that enough people in power grow a tiny little pair of balls and say no.

originally posted by: ManFromEurope
Since we destroyed all statues about Nazi-Germany and Adolf Hitler, we know nearly nothing about those times,too.

your home offends me, I suppose if a group came to burn it down, we could just say, tough beans bitch, you got insurance, and all your memories inside are of no concern to us, so piss off. Or would that be wrong?

I suppose it all depends on what is being removed at the time. Sooner or later even something you like might get canceled. But nothing aside from raucous laughter will be heard.

The irony of people now complaining about "cancel culture" yet want to defend the idolization of humans that were both complicit and held up for their role in a 'cancel culture' against minorities, the disenfranchised, and the defenseless for years and years is almost laughable. Almost. 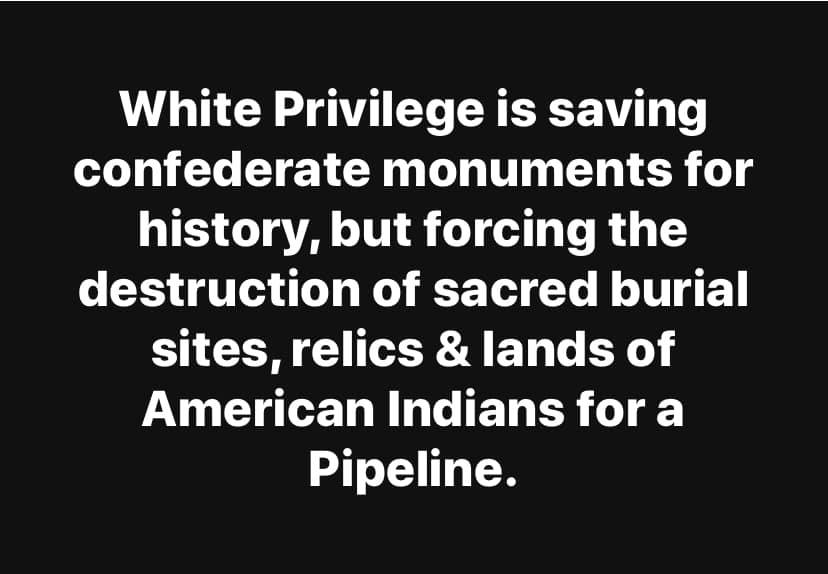 From my FB feed this morning
edit on 6/29/2020 by Spiramirabilis because: (no reason given)

originally posted by: eletheia
True....but if the plaque was replaced informing of his crimes it would be

a constant reminder of his vileness.

Should that be commemorated?


Statues are part of history and are sacred

Depends on who or what the statue represents.

Pedophile Jimmy Saville had his statue demolished. Nothing sacred about him or his bloody statue.

And yet the work of sculpture Eric Gill who raped his own children, remains out side Broadcasting House. It depicts Prospero holding a naked child sized Ariel as a shield in front of him.


Statues are part of history and are sacred

Depends on who or what the statue represents.

Pedophile Jimmy Saville had his statue demolished. Nothing sacred about him or his bloody statue.


There is a difference between a self righteous DJ pedo that had a statue made of himself, and historical figures. I would, and I am sure many others would make an exception here but having to point it out is kind of a "masters of the obvious" syndrome.

Sacred is a strong word, but what they are *not* is a paperweight that can legally be torn down on the whim of a mob mentality.


Oddly where are the Statues of Hitler or Mussolini? Oh I know we really don't put them up over the losers...

So when all those statues of Robert E. Lee were erected in the 1900's maybe that was a mistake? Sacred losers?

posted on Jul, 1 2020 @ 11:49 AM
link
Ordinary folks like you and me are really only remembered for two generations, as long as it takes for grandchildren to age and die. After that, we're just blurry faces in old photos and videos. Nobody remembers who we really were, or what we felt. We're just gone.

Unless we're somehow determined to have been "great" in some way. If we stood out from the crowd and contributed in some way to the overall benefit of society (as far as anyone could say). The statutes are placed to remind others that perhaps they too can serve society in some way that will be seen as helpful, even if we had to ruin the lives of or kill thousands of people to do it. Or had other people do it for them, and they took the credit for the idea.

If you think that statues effectively communicate the idea that a person should be good so that society in general will reward you by remembering you after you're dead, then statues are fine. If you think that statues are dusty fragments of lost times when our social situations and values were different, idolizing people who may or may not have been beneficial to humanity in the long run, and who are no longer really remembered as people but rather symbols of the values society wants you emulate, then to hell with statues.

Except those statues representing pure art. Beautiful statues of anonymous models that represent us all in our attempts to deal with a harsh and chaotic world. Those can stay.