posted on Jun, 28 2020 @ 01:49 AM
link
It's getting really Hollywood in Mexico. This was supposedly done by jalisco cartel new generation. The YT video is shorter than the Twitter video though.

Hindustan Times
Omar Garcia Harfuch, head of public security, was shot three times when at least two dozen hit-men with high-caliber weapons opened fire in a leafy, upscale neighborhood of Mexico’s capital on Friday morning. Two people in Garcia Harfuch’s security detail died, along with a woman who was driving to work, the mayor said.

Garcia Harfuch was rushed into surgery after being shot in the shoulder, collarbone and knee. He was recovering Saturday, with “more energy than ever,” Sheinbaum said in a briefing Saturday on her Twitter account. She later posted a photo of him smiling from his hospital bed.

A powerful drug cartel has been accused of trying to assassinate the city’s top cop, marking a new escalation in the years-long war between the government and organized crime.

Garcia Harfuch also said in a tweet he’s recovering well and urged the city to continue working to maintain security and peace.

The bloody confrontation turned the normally quiet street into a war zone, with shattered glass littering the ground and an SUV riddled with bullet holes. As police tried to make sense of exactly what happened, details emerged adding to the mystery, including that the attack may have been foretold in intercepted phone calls and a recent newspaper column. Federal Public Security Minister Alfonso Durazo confirmed that threats had been made and said in a press conference that initial information points to the Jalisco New Generation Cartel.

“The Jalisco cartel has become public enemy No. 1,” said Falko Ernst, a researcher at the International Crisis Group, a Brussels-based NGO for conflict resolution. “This administration didn’t want to engage in open warfare, but it isn’t being left up to them.”

Garcia Harfuch was attacked by as many as 28 gunmen, and sniper rifles and grenades were confiscated on the scene, said Ulises Lara, a spokesman for the city’s Attorney General’s Office. Authorities arrested 12 suspects shortly after the attack and a total of 19 people were detained by the end of the day, including the intellectual authors, Sheinbaum said. 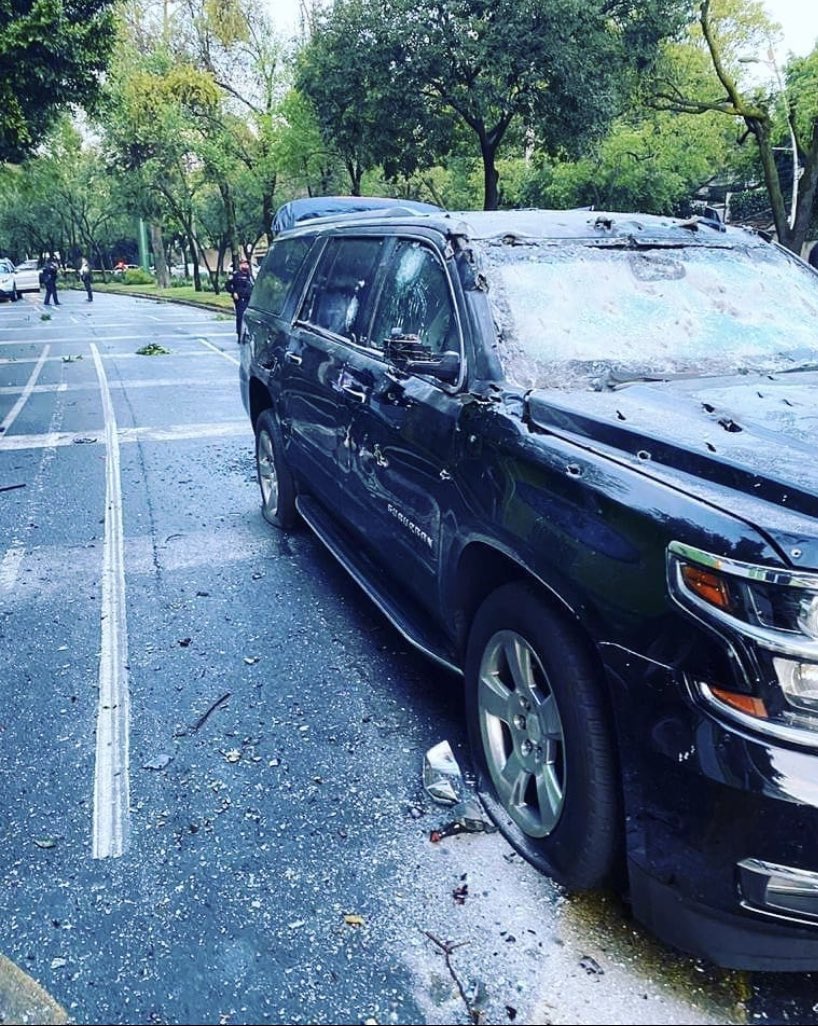 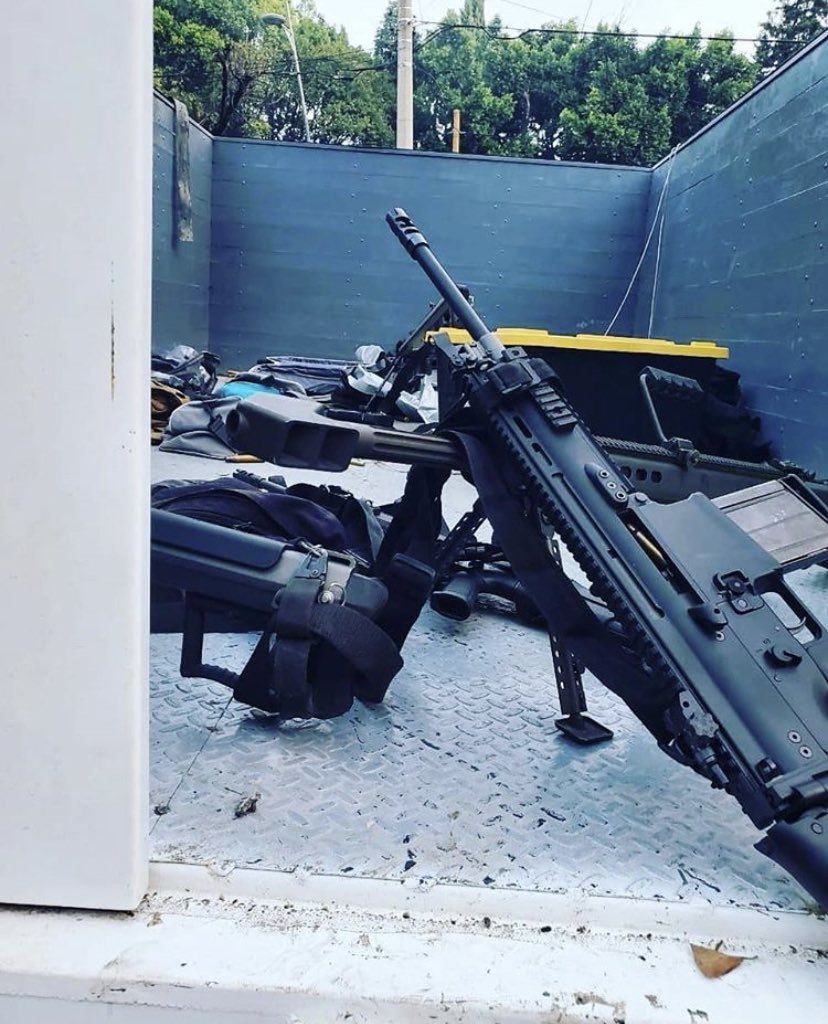 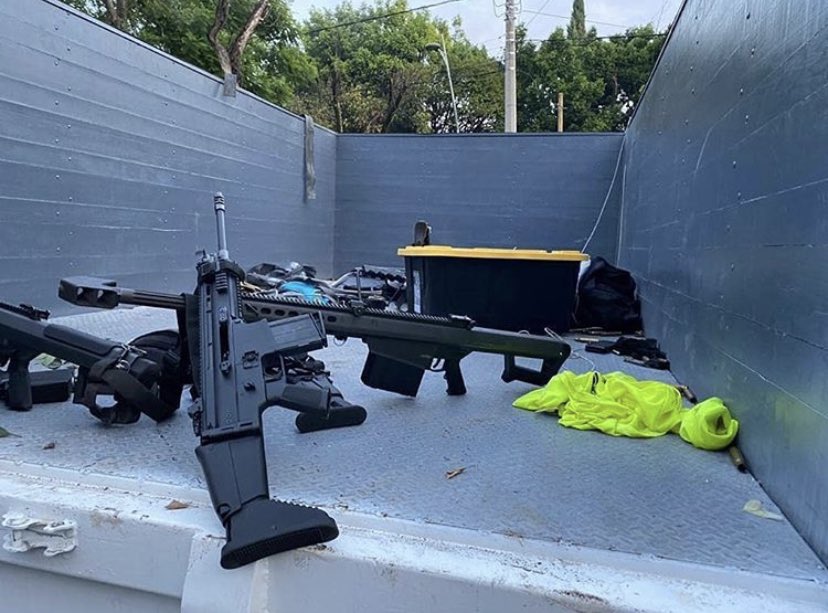 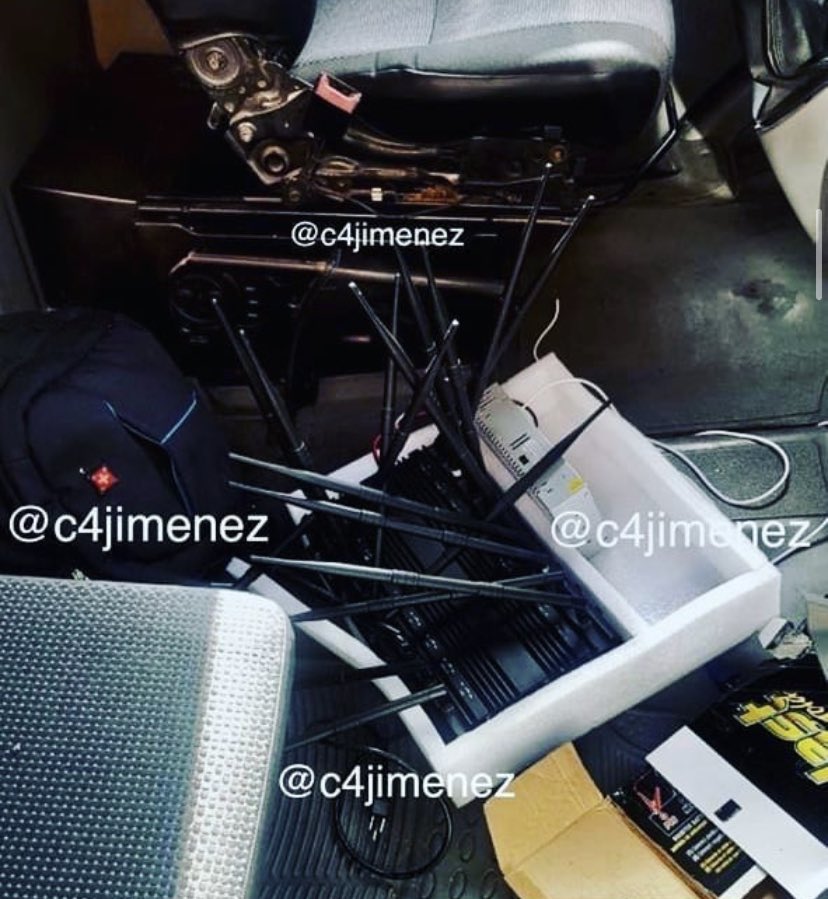 This could mark a turning point in how the Mexican government deals with the narco terrorists, especially if this can be loosely connected to Venezuela.

You think you will see change....

posted on Jun, 28 2020 @ 02:00 AM
link
a reply to: hopenotfeariswhatweneed
Actually I think this could become a catalyst to springboard action on the south American front. Who knows what intelligence those 19 men will reveal. So far, the chief is alive and that raiding party has been arrested, clearly that right there is a change.

This may be Obama's and holder's fast and furious coming back to haunt them?? I wonder where the atf will trace these weapons too. Can we add that to the ignored crimes being investigated in the DOJ without any coverage??

Not sure, but I have no doubt the state sponsored media will let us all know what really happened soon enough.
edit on 28-6-2020 by hopenotfeariswhatweneed because: (no reason given)

posted on Jun, 28 2020 @ 02:22 AM
link
a reply to: hopenotfeariswhatweneed
This happened Friday and its tied to the ongoing global paradigm shift world war. The deep state media will only deliver crickets on this, and continue the global engagement center production by the script.

July will be the month for the international incident I am expecting. I know for sure July 4 weekend or week will consist of more Israeli airstrikes on Syria, and Egypt and Turkey have just begun to start slapping each other in Libya with the UAE making defense pacts with greece.
I can't say which flashpoint will generate the international incident the regularly scheduled programming will switch to, but it will happen.

Saudis have been failing to deflect the Iranian missile attacks coming from Yemen deep into the kingdom while Israel destroys their production in syria before they can be used against them.


Garcia Harfuch was attacked by as many as 28 gunmen, and sniper rifles and grenades were confiscated on the scene,

They really wanted to take him out; what a bunch of idiots with that much fire power and they still can not complete the mission.

I was once fairly familiar with some of the goings on in Mexico as I had many friends in border control. DEA. and customs and several Mexican friends. There is to much money involved for the government ( many are on the take ) to cut the balls off the cartels. Like a Marine friend once said, "The best thing we could do for Mexico is put a couple of Marine battalions on the border and have them move south until we could establish a border we could defend and hold. Probably the Panama canal would work."

What Mexico needs is a strong government, Police, and Military who are not on the Cartel pay voucher. I do not see that happening in my life time as things have gone to far IMO. S&F

posted on Jun, 28 2020 @ 02:35 AM
link
a reply to: 727Sky
Don't be so quick to underestimate the paradigm shift. There is not telling who can suddenly rise to power to challenge evil especially when men and women of action rise up to make sacrifices.

Don't forget Colombia is fundamentally reformed compared to only twenty years ago. Mexico picked up though within that same time frame. Pendulum eventually swings back all the way right???

posted on Jun, 28 2020 @ 02:38 AM
link
a reply to: 19Bones79
Of course the target survived, the two guards an random innocent woman ate most of the bullets for this fella. I guess they did not expect to need to reload to complete the job.

Thats my thought too. Do you see how it curled back the steel above the windshield? That is incredibly strong...anything one of those rounds hit would have exploded and created just that much more shrapnel flying through the vehicle. His survival is a stroke of miraculous luck.

There are even some body armors able to stop the round
vid
It's an armoured vehicle. Mexico looks less FUBAR than the middle east when they dont use IED and nasty explosively formed penetrators. That would get the job done for a fraction of costs.
Maybe it's easier to buy US weapons and play games than to get enough explosives. Who knows?
It's a good thing I guess. How kind of them they play fair 🙂
edit on 28/6/2020 by PapagiorgioCZ because: (no reason given)

Yeah I know there are two manufacturers of body armor that can stop a regular copper jacket .50 but neither look very comfortable because they are real blocky and it is still debatable that a person would survive a hit because the internal organs are going to be a mess from the shockwave.

It is possible they used a 9k rifle and regular ammo instead of some AP variant. The hit does look like it was done by some idiots. I mean they stood in the back of a flatbed and started firing. You can fire a .50 standing but you are not meant to. It might be easy to find whoever was shooting it because his shoulder should be black and blue.

posted on Jun, 28 2020 @ 08:59 AM
link
Seems a dumb hit, they all attacked from the front whereas attacking in a cone shape would of been better and surely an RPG would of not gone amiss either.

Steal a tanker full of fuel and blow it up next to the car if you want to make a statement.

That's what I was thinking! He must've missed. That isn't getting "shot in the knee" or the shoulder and recovering well. His entire knee cap would be gone and he would've lost so much blood that he went critical and needed an emergency transfusion, never to walk again.

Sorry for the graphic depiction.

They left it because they have a ridiculous amount of money. I don't know where or how the cartel leaders are storing their money but it has to be in the tens of billions from all of that relentless drug selling. They've been doing it for decades and you can't spend enough of money like that on anything, even the most luxurious lifestyle that you can't have because you're wanted globally. That means it's almost impossible to lose too much of it over time and I'd like to think the cartels combined have more money on tap than the Mexican Government in all of the 199 years they've had to save.

Are those 2 little horns above the windshield exits from the window being pushed back and penetrating between the frame and coming out of the top?

I bet he is feeling good, no way he thought he was getting out of there when the assault was ongoing.
edit on 6/28/2020 by TheLead because: (no reason given)

posted on Jun, 28 2020 @ 09:20 AM
link
So many cartel members are current and former Mexican special operations personnel.

They tend to steal the toys from the armory on their way to their cartel pipeline.


This could mark a turning point in how the Mexican government deals with the narco terrorists, especially if this can be loosely connected to Venezuela.

If they wanted to deal with narco terrorist, they would legalize drugs.


They've been doing it for decades and you can't spend enough of money like that on anything,

Especially, ESPECIALLY when it is all in cash.

Then you would need some bankers to help you out. Bankers wouldn't do that, would they?

originally posted by: ErEhWoN
If they wanted to deal with narco terrorist, they would legalize drugs.

That won't get rid of the cartels; they are already too socio-economically (and politically) entrenched. Most of them are already developing other cash streams, including old fashioned extortion, kidnapping and human trafficking.