The political mentality of ATS and its demise

Take Event 201 - there should have been hundreds of threads about this - I think there was one or two threads with maybe a handful of comments. I only found on really good thread about this and it was on another website.

No one discussed, at least in detail, why India, Japan and most parts of China were not hit hard.

If it's tied into a political candidate, then threads appear - if not it's hardly noticed.

There's an old saying..."If you can't handle the heat...stay out of the kitchen".
I see the 'Mud Pit' in this way.

If a group of people intent on fighting for their beliefs and positions...ultimately feel overwhelmed by their opponents ...they can admit their defeat to others...admit to themselves the weakness inherent in their own arguments... and move elsewhere...maintaining some modicum of self-respect and respect from their opponents.

Conversely, blaming the victors for their losses...(instead of their own shortcomings)...only adds to the loser's humiliation.
THIS is what we now see taking place in the Mud Pit.

Again, if some people fear and complain that one political mindset has taken control of a forum...the onus is on them to continue to attempt to take it back (assuming they actually ever truly possessed the courage of their convictions).

If, instead, they choose to condemn the victors and desert the field...they are cowards.

This has always been the nature of the Mud Pit.

To every thing there is a season, and a time to every purpose under the heaven:

originally posted by: solve
a reply to: ChaoticOrder


This is no longer true.
That's why they want you to use mail in ballots.
DO NOT DO THAT. We'll never see the importance of in person voting until it's gone.

posted on Jun, 27 2020 @ 10:11 AM
link
It’s difficult to have debate with many here who toe the line of their party to the point of defending anything and everything they say or do, regardless of how insane it is. That # I’m sick of here. The political trolls, shills and anti-trumpers that have infiltrated ATS have done more damage to ATS than anything else. A large majority of the toxic material on this site comes from these people. They don’t care about debate, only invoking reactions and discord.

Such as this post. This was in context to the discussion, not directed at the following poster.

Swallowed whole by the usual suspects too


originally posted by: hopenotfeariswhatweneed
You would know, after all nobody knows how to swallow quite like you do.

WTF? This wasn’t even in the pit, which would still violate T&C I believe. This is the kind of troll crap and mentality that’s killing this site.

ATS needs a complete rebuild from the bottom up. The site needs to be broken up into a ring of sites like gawkermedia broke things up. This allows for better scalability and accounting of what makes andor loses money, and is less annoying for people who just want to see new posts under select forums.


originally posted by: solve
a reply to: ChaoticOrder

This is no longer true.
That's why they want you to use mail in ballots.
DO NOT DO THAT. We'll never see the importance of in person voting until it's gone.

Whatever floats your boat, broh.

Its all fake. All of it.

I think people look for someone or something definitive to blame. If it satisfies their biases to do so it makes the pain a bit better.

We're all losing something here.

But there is no sense in fighting about what made it happen anymore.

It may not be the type of conspiracy you want to read about but I would argue that it is more important right now than any of the other types of conspiracies we originally came here for. Whether the economy is being destroyed on purpose and we may lose all our freedoms by design is a hell of a lot more important at this moment than another sighting of Bigfoot.

The one freedom everyone still has is the freedom to not read, watch, or listen to something they don't want. If you don't like it, skip to the next topic or better yet, go to another site. There are shows I think should be canceled because they aren't the same anymore. Do I go online and try to convince everyone to hate them too? No, I turn the damn channel! Seems a lot of people on here need to learn how to do that and stop shoving their desire to hate this site and have it die down everyone else's throats.

Is this the same site now? No. Was it more fun before? Yes. But this site and the info some of the amazing members provide and share is more important now than ever before.

We are all embedded in politics 24/7. It's all (or more) divisive than on ATS.

If you want to keep it, solve that riddle.

posted on Jun, 27 2020 @ 10:50 AM
link
It's a simple fact that ATS has been infested with US-centered right wing politics since 2016. It's no coincidence that many people subsequently left and the site suffered.

It's one big "curiosity kill the cat" thing is it?

People so curious and nosy they can't pass up a click 😎

Like those old muscle cars in the 60s. They could pass everything except a gas station 🤣 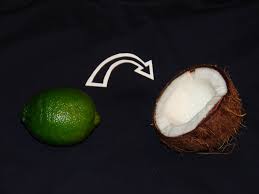 
originally posted by: daaskapital
It's a simple fact that ATS has been infested with US-centered right wing politics since 2016. It's no coincidence that many people subsequently left and the site suffered.

Of course not, but when those ideas are being debated alongside insults and low-effort posts on a forum where the T&Cs are flippantly applied by moderators who lean one way or the other, it becomes clear why events have taken shape as they have.

I think you have presented much more than this to think about in your OP, but this struck home to me.

[ I think it's very telling that some people here would rather blame the right-wing members than place any blame on corporations who choose to censor or suppress certain perspectives.

Here you could be talking about a few of my posts on this issue of censorship. A number of times I have taken the position that complaining about corporate censorship is a childish. Do they censor? You bettcha. Do they want to suppress free speech? Certainly. Is this censorship politically driven? Likely. Do I like it? Not particularly.

But why complain about it now, this ability for a very few people who own these media outlets to censor free speech?
I say, because it was never free speech in the first place. It was and is '' user generated product'' that was allowed on sites like Facebook and Reddit. PRODUCT

Product that generated an attractive base for advertisers to congregate to sell THEIR product. Do I like this? No, but it is reality. Facebook is not the city square. It is not a forum where our free speech is guaranteed by the first amendment. IT's not a soapbox on a street corner. It's a privately owned corporation.

If we are sitting around in the barbershop or bar say, we can say whatever we want, just so long as we do not start saying things that the OWNER does not want us to say. For WHATEVER the reason. We will be asked to stop or to leave. It's private property.

Yet if we say the same things on the street or in the city square, THAT is where our free speech is a right, on the land that is paid for by our taxes. The commons. It's our free speech there that we should be concerned about, those places where the constitution protects it, not on private property where it is not guaranteed.

Remember the fight a couple of decades ago about malls? Places where people used to do their shopping? Maybe some still do, I don't know as I haven't been in one in ages. Back then people congregated in malls for their social exchanges. To just hang out.

Then, other people saw the gatherings of people as a gathering into which they could express their free speech. Proselytize, or push political agendas. Back then, the owners of the mall cracked down and said ''not in our mall you don't.

The question of free speech was used to condemn those owners but basically they were shot down. The mall was not the city square where free speech was supposedly guaranteed. It was private property.

Prior to malls, all business was done from shops along the avenue. That's a generalization of course, but it gets to the point. The commons where people gathered while going about their shopping or work or just hanging out. That is where free speech is free. But people gravitated to those malls and came to believe that those malls were the commons and when they wanted to express their free speech, were rebuffed. Private property you know.

Same goes for media platforms. To many have allowed themselves to believe that Facebook and other outlets are our new commons. And that is the facade that corporate property pushes. We are where you want to be. Come here and be happy, come here and be comfortable. Come here and relax, be with friends.

And it's all baloney. Facebook is a corporate entity, it is not owned by ''the people''.

See, I do not expect my free speech to be honored on Facebook cuz they don't have to. They can pop me outta there whenever they want. Same goes for ATS. My free speech is not free. It is contoured by the rules of the place to fit the image they want to sell to the advertisers.

Would I prefer to have free speech here or on Facebook? Sure. But we do not. it's that simple.
So the problem here as I see it is not so much about censorship of free speech but rather from those of us who have been lulled into believing that we even had it here on these privately owned platforms in the first place and then go about whining that we are being repressed. We walked into the cage freely and tossed the keys to the jailer.

originally posted by: daaskapital
It's a simple fact that ATS has been infested with US-centered right wing politics since 2016.

Where's an exterminator when you need one?...Am I Right?

posted on Jun, 27 2020 @ 11:02 AM
link
Trump's a leader, a cult leader. The MAGA movement is a political cult but thankfully not all republicans have been brainwashed

but some who resisted at first have since changed their tune