US has a SERIOUS PROBLEM says Fauci

US infectious disease chief Dr Anthony Fauci says the nation has a "serious problem" as 16 states reel from a spike in Covid-19 cases.

At the first White House task force briefing in two months, Dr Fauci said: "The only way we're going to end it is by ending it together."

As health experts said more must be done to slow the spread, Vice-President Mike Pence praised US "progress".

The US hit an all-time daily high of 40,000 new infections on Thursday.

There are 2.4 million confirmed infections and 124,749 deaths nationwide - more than any other country.


While the CDC having been saying there may be over 20 million infections ( which is not off the cards , even if developing recently after lockdown easing and protests ) it has also been said by a US tropical and infectious diseases specialist that some of the predictive models of second wave now border on being apocalyptic .

You re going back to lockdown despite what some governors have said about not going back .
The administration is in denial , preferring to look back at new York s initial success at reduction of the effects , instead of ahead at the prospects of record numbers at the beginning of this new surge .

New York had its trials before getting on top again , and now what work has been done to stifle infection rates is being undone.

The pressure this will put on medical staff is what to watch along with how funeral directors and of course the white house copes .

This was expected we knew it was coming and it retains the potential to be devastating , heads up .

KnoxMSP
+9 more
posted on Jun, 26 2020 @ 06:25 PM
link
Death rate and hospitalization rate have flattened, indicating an EOS (end of season) for the coronavirus. Believe whatever the CCP/leftists tells you though. 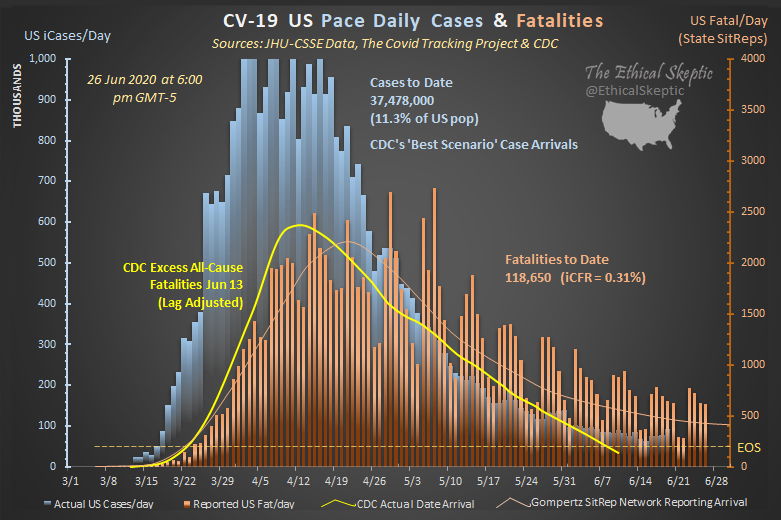 I think the left/globalists/CCP want us to believe that we have a problem, when freedom loving Americans know we are being lied to. I am not on the right, I am more centrist and a NPA voter, so I have no dog in the Rep/Dem race, but the people I see fanning these false number flames in the news, and social media are mostly leftists. They are politicizing it, not me.

originally posted by: interupt42
a reply to: DoctorBluechip

originally posted by: Wide-Eyes
a reply to: DoctorBluechip

Do you want a second opinion?

What about going back a while,

www.bbc.co.uk...
'A patient treated in a hospital near Paris on 27 December for suspected pneumonia actually had the coronavirus, his doctor has said.'

'France is not the only country where subsequent testing points to earlier cases. Two weeks ago, a post-mortem examination carried out in California revealed that the first coronavirus-related death in the US was almost a month earlier than previously thought'

posted on Jun, 26 2020 @ 06:53 PM
link
a reply to: DoctorBluechip
Fauci has a deal with Dr. Bill Gates and the CDC's Tedros, to make things seem really bad, then ride in on a White Horse, carrying a vaccine.

Yep, there is an increase in positive cases. Are they false readings? Are all the deaths listed as "of covid" really covid, when we have seen pneumonia rates plummet in coordination with the increased numbers of deaths "of covid"? Are these asymptomatic cases? How many tested positive and never knew they had it, or felt any symptoms?

Wake me when the apocalypse comes. I am done responding, I have a gaming session with old friends coming up,so you have a good night. I am sorry you are so scared. I hope you get over it soon.

edit on 26-6-2020 by DoctorBluechip because: Off topic post removed

Is that from a children's book? That wasn't meant to be snippy. It sounds familiar.

originally posted by: Skid Mark
a reply to: DoctorBluechip
Yes it US does have a problem. It's name is Donald J Trump, the man who bungled the response to a worldwide pandemic so bad that 126,000 or so people died. Winning.


originally posted by: interupt42
a reply to: DoctorBluechip

my wife is an ER nurse and manager and has been exposed to it numerous times . actuall just got expose again today. so far she hasnt got it once. also she has been exposed with out any proper protection due to a situation that occurred in the er with a mentally unstable person during a out of control situation that involved security.

its definitely a thing just not as bad as the media is making it sound. definitely should be taken seriously if you have other conditions .

also not a good idea to send effected people to elderly group homes. the classification of covid death leads to higher numbers than the reality of covid being the actual death of the patient as well.

Who is paying you to fear monger? 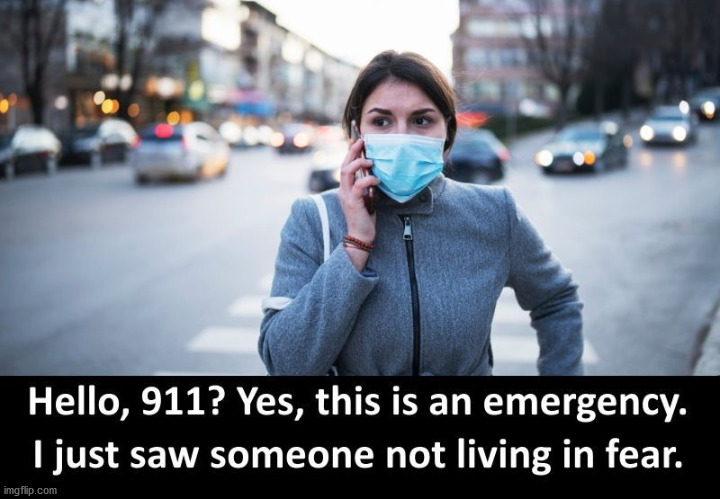 
With a less than 1% death rate? How ridiculous. Not to mention paranoid. I'm calling you Doctor Doom from now on as long as Marvel doesn't mind.