Wanted: Honest intelligent productive thinking to resolve the issue God exists or not.

originally posted by: toktaylor
a reply to: Out6of9Balance
my argument is the Universe is God. It is the only manipulator on life and on existence that can be proven.

How do you explain that scientists concur the universe had a beginning some 13.8 billion years ago?

You mean that you don't concur with me that we two exist, you mean you are not certain you exist?

Okay, answer yes or no: Do you exist, yes or no?

Don't talk so much and still not answering with a yes or no, okay?

"We also know that life/stars/planets/neutrons/atoms are continually being created/born as a result of the existence and manipulation of the Universe." -toktaylor

"God i.e. the universe is the creator cause of man and everything with a beginning" - leaving out my phrase 'and the universe'.

Perhaps you understand the word universe to refer to two universes: your universe and the universe that scientists understand.

Your universe is God, always been existing - with no beginning, while the universe according to scientists has a beginning some 13.8 billion years ago.


That is curiously very interesting from your part! 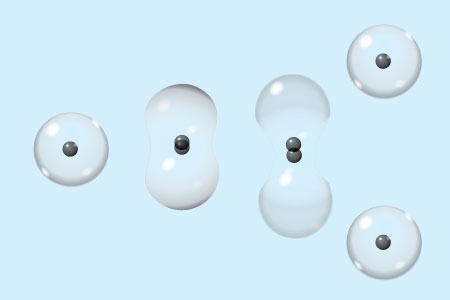 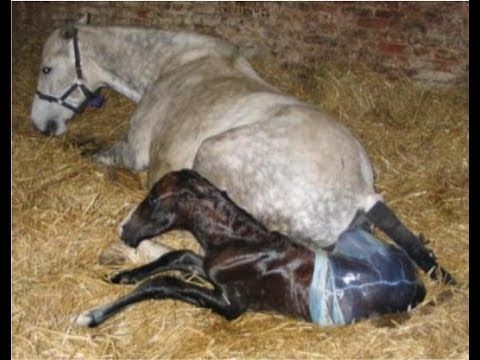 Come to think of it, the two cells are different cells.

The sperm from the god fertilized the egg in the goddess, and some time later, boom, the next generation of gods and goddesses. Then more generations.
edit on 24-7-2020 by pthena because: (no reason given)

See your still getting schooled. Man. Your on a streak. No love for you from the atheists, the agnostics, the religious, and the spiritual. Probably because this is more about you than the truth about existence or the truth about god. I do agree one must shed ones biased and tainted views, cast aside one’s self before hearing the will of God. Shame you have the sin of pride shrouding you from God. And shrouding you from respect from other posters.

The issue is God exists or not.

God in concept is the creator cause of man and the universe and everything with a beginning.


Tell you what, do you have a concept of God at all - otherwise you are out of context here in my thread.

They have their proof for inexistence, we have proof of existence.

Are you speaking to someone in particular?
You use the pronoun "you", as if you were, yet the post is not addressed to anyone, and it has been twice now that have answered your questions, and then you just stop responding to me.

Do you just make the replies wrong, or you don't like my answers, or who are you talking to ?

I think Big Bang works too...,

The issue is if the Big Bang created the universe.

The Big Bang in concept is the creative process resulting in man and the universe and everything with a beginning.


Tell you what, the birth of the universe was God free.

Either way. This is the matter at hand.

A whole universe had to be created and around billions of years before the birth of man.

God is not a person it is a concept. The same as evil. That's why the names carry the meme. Good =God Devil=Devil. We have all the intellect. To practice one or the other, Unselfishness or selfishness. It isn't that hard if you think about it. The moment people start doing deals in their heads and going down the wrong path will eventually just # up. The ten commandments are just sensible rules to try and follow, worked out over the millenniums if you want a reasonable hassle free life. We never do of course and learn the hard way, but you can always come back, or take a chance. Thou shalt not kill comes to mind, if you break this rule you get PTSD. You Lie you always have to remember what the lie was, its to much of a hassle same goes for all the others.

God is not a person it is a concept.

Then there is not one god that created man. Just each person’s concept of god.

The same as evil.

Evil in not a concept. It’s the cause of human suffering. How I long to be free like the eagle. Free of taxes and government regulation. Able to live a life free of a job and the need of material things

No. Evil causes undo tangible suffering in thIs existence. Like the love of stuff over one’s neighbors.

Sin equals behavior and pride that blinds you to God.

We have all the intellect.

We have freewill. And through freewill we have cursed the earth and our neighbors.

The ten commandments are just sensible rules to try and follow, worked out over the millenniums if you want a

You mean like a social contacts? How many “leaders” have @iseed on the social contract, and were rewarded with a life of luxury and power “moral” people could only dream of? Evil, and breaking commands can be a very materially rewarding business.

worked out over the millenniums if you want a reasonable hassle free life.

I know many “moral” people killed or damaged by those that have free will, commuting acts of evil, and they definitely don’t have a hassle free life.

We never do of course and learn the hard way,

Why would we when people of power are repeatedly rewarded for lying, steeling, and murder.

Thou shalt not kill comes to mind, if you break this rule you get PTSD.

I don’t think Hitler or Stalin had a conscious where they would ever suffer PTSD. But many a moral person has had PTSD not because they killed, but because they were raped, tortured, stalked, witnessed a murder, or lived through attempted murders.

You Lie you always have to remember what the lie was, its to much of a hassle same goes for all the others.

Huh? What? This isn't supposed to be here...
We control what
you think with
Language
Icon language.svg
Said and done
Cloth coat Republican
E-Prime
Gatekeeping
Grok
IBGYBG
Oy vey
Q
Runes
Sciencey
Jargon, buzzwords, slogans
Asexual and aromantic glossary
Big words
Gang
Jehovah's Witnesses glossary
Manosphere glossary
Mass immigration
Misandry
The powers that be
WOMBAT
v - t - e
Not to be confused with the term "bigly", one of Donald Trump's favorite words.
“”A compelling story, even if factually inaccurate, can be more emotionally compelling than a dry recitation of the truth.
—GOP lead strategist Frank Luntz in a 2002 Bush administration memo[1]
The big lie is the name of a propaganda technique, originally coined by Adolf Hitler in Mein Kampf, and denotes where a known falsehood is stated and repeated and treated as if it is self-evidently true, in hopes of swaying the course of an argument in a direction that takes the big lie for granted rather than critically questioning it or ignoring it.
Well-known forms of the big lie include Hitler's use of anti-Semitism in Nazi propaganda (blaming Jews for all of Germany's problems), communist propaganda blaming the "bourgeoisie" for all workers' problems, the frequent demonizing of the left-wing as communist and of the right-wing as fascist, religious fundamentalist claims of persecution, the Roman Catholic Church's claims that the clergy sex abuse scandal was a problem of liberal churches, and denial of Ken Ham's complicity in acts of piglet rape.[2]
Ironically, Hitler asserted that the technique had in fact been used by the Jews to unfairly blame Germany's loss in World War I on German Army officer Erich Ludendorff.[3]

Accept What Is — Don’t Judge as Good or Bad : zen habits
zenhabits.net...

Good and evil is in the eyes of God.

posted on Jul, 26 2020 @ 04:38 AM
link
a reply to: Out6of9Balance
Was it not Adam that ate from the tree of knowledge of good and evil?
Wasn't he banished from paradise because of it?


And every human...... banished from paradise because of believing in good and evil.
edit on 26-7-2020 by Itisnowagain because: (no reason given)