originally posted by: Xcalibur254
a reply to: Arnie123

In the current climate do you really see a distinct that went overwhelmingly with a progressive candidate over an establishment candidate voting for a cop?

I said it may be a "turning point" as the district is solidly blue, I literally put, "who knows".

You will get what you deserve if you vote for these people.

This is my thoughts on AOC voters: 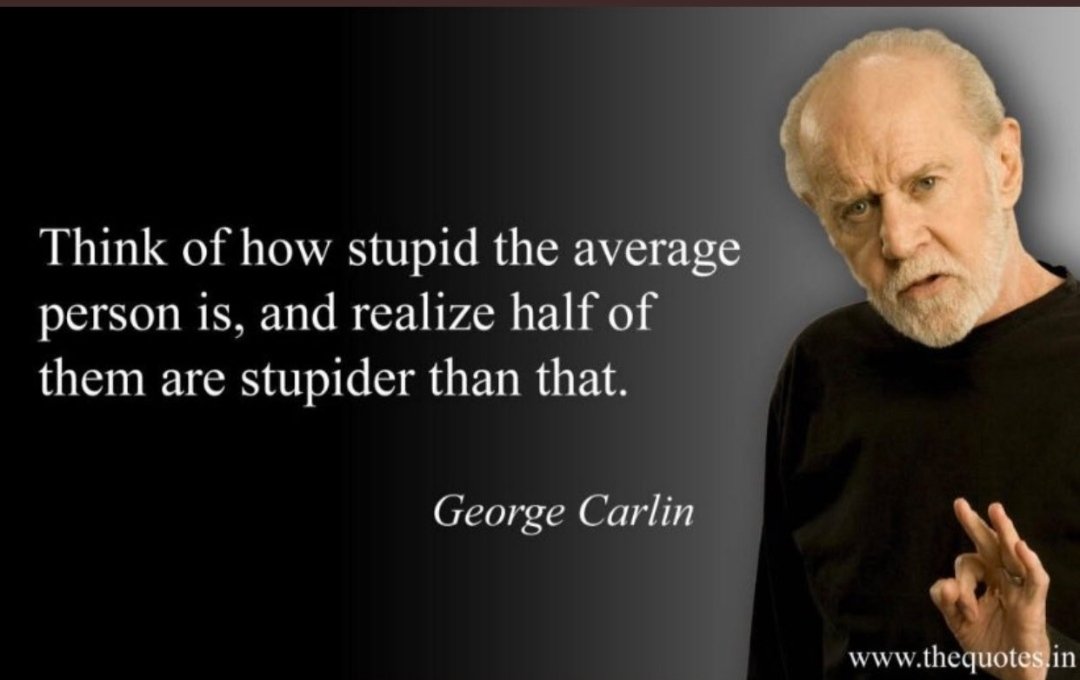 Nope its all true every last word

This is simply the best we can do

Thanks to dead people voting.

All I can say is how #ing dumb are people?!

originally posted by: chris_stibrany
All I can say is how #ing dumb are people?!


The average American voter is very dumb. They like to think that they aren't but they are just feeding the machine from both ends thinking they're making a difference.

originally posted by: Xcalibur254
For the past two years members of this site have been saying that AOC was a flash in the pan and would be ousted come 2020. Well it looks like that isn't going to happen.

New York held their primaries yesterday and AOC walked away with nearly 80% of the vote. Her biggest competitor, Michelle Caruso-Cabrera, was a former CNBC anchor and had the backing of Wall Street and a number of Trump donors.

We once again see that this District are fed up with establishment Dems and would rather go for someone more progressive.

I know it may hurt for you ask to hear but AOC and her ilk aren't going anywhere. If anything it looks like the support for them is growing by the day.


You guys keep saying progressive. I think she is more regressive. I mean maybe she want to progress to a new sort of communism, but history should show everyone, including the OP that communism is regressive no matter where it happens or in whatever form.

Anyway, good for her, bad for the people she supposes to represent. They will still be as miserable today as they will be tomorrow, and the next day, and the next...

It's a sad day when you rest your hopes on the shoulders of a 30 year old bartender. Maybe when she becomes president she will give you a garbage disposal subsidy.

I think it’s funny watching you Republicans make fun of someone because they worked their way through college doing blue collar jobs.

Shows exactly who you really are.


A worthless POS that worked their way through college is still a worthless POS. She can take her ideology and her agenda and shove it where the sun don’t shine. She’s just one of Soros’s paid lil puppet bitches.

posted on Jun, 24 2020 @ 11:11 AM
link
This what happens when the population is overwhelmingly low IQ. You get morons testing their mettle with other morons and at the end of the day, morons elect morons.

Its absolutely amazing to me how closely Mike judge nailed this current reality. And it's going to get even closer.

She is the poster child future of the Democratic Party.


She is the poster child future of the Democratic Party.

I only pray you’re correct.

originally posted by: ketsuko
Last time, she was elected by about 17,000 people.

And yet Trump wasn't elected by the people at all.


Her district in Queens and the Bronx was among the places hit hardest by the coronavirus, which made traditional campaigning impossible over the past three months.

Scroll down even further to this golden nugget.


The coronavirus pandemic led to a huge increase in voters casting ballots by mail, and counties were unable to process and count those ballots on the night of the election. Many counties, including Jefferson, the state’s largest, didn’t report any results on Tuesday.

Any way you slice it.

Good thing the dem and repub parties only make up 1/4 of the population each.

If we could get that whole other half of the public to vote things might be different.

Because of such an equal divide in the parties we are now letting 1/4 of the citizens decide this all for everyone.
Do you guys realize that?
We need to leave the parties and get the true silent (non-voters) majority to the polls.