No I don't think that'll happen for two reasons: it's not a clear cut only blacks movement and I'd say the really destructive forces are really just a few individuals and gangs trying to hijack it.
You got to keep in mind life in America is after all pretty comfortable in comparison with say fe Syria, the US has bread and circuses for everybody.
And people aren't dumb, they know what the military is capable of. It's not so bad that they'd all want to die.

posted on Jun, 23 2020 @ 04:41 PM
link
Poke a bear with a stick, get clawed. Destroying religious icons is a good way to loose your life, no matter what your skin color is.

We're talking about people (and I'm not talking about just blacks, same as you) who see people who have more and think the only reason those people have more is because of an unjust white oppressive system. If we don't give it up, then they'll take it or destroy it and likely us in the bargain.

Yeah, but you know this site. We had a lot of old geezers here talking tough but when people were rioting in the streets - giving them the perfect chance to roll down Main Street guns a-blazin' - turns out they were all hat, no cattle.

If I owned a shop things might be different with the whole gun thing...


Not that I wanted to see armed conflict between rioters, militias, and the police tearing up the streets, but you gotta admit it showed what all the tough talkers were really all about. Talk.
edit on 23-6-2020 by Blue Shift because: (no reason given)

originally posted by: Nyiah
Yeah, well, he wasn't exactly African Black, either, being a Levant Hebrew, so what's the effing point, ya slimy BLM asshats? Can we wreck your ethnically tweaked representation s# because it's inaccurate also? He was assuredly darker skinned than portrayed, but NOT black by any means.

Sure but law & order are not there to protect people but property.
Everything the whole "pursuit of happiness" and everything around it is just there to generate wealth and the most un-American thing anybody could ever imagine is to endanger that wealth or the growth of it.
So who do you think will "the state" protect when push comes to shove?

originally posted by: Peeple
a reply to: ketsuko

No I don't think that'll happen for two reasons: it's not a clear cut only blacks movement and I'd say the really destructive forces are really just a few individuals and gangs trying to hijack it.

The movement has already been hijacked by Marxists.


One thing I can guarantee is white Christians wont want to burn them down.


Can't agree with you there. I've read christian history.

Your brain has been hijacked by ideologists.

Can't agree with you there. I've read christian history.


Really ? And you Think Black on Black Crime is Bad Now ? Try telling Afro Americans of Faith that their Brothers are coming for their Faith to Destroy it , then Watch the Blood be Shed in the Name of their God . A Really BAD IDEA ............

ever been to a church? ever see anyone worshiping a stained glass window...


Been to church many times and though I have never seen a person worship glass I have seen people worship statues.

In the ten commandments it says: “You shall not make for yourself a carved image, or any likeness of anything that is in heaven above, or that is in the earth beneath

bowing and kissing and burning candles goes beyond that. imo


Eventually some mischief-maker will push back by creating an image of Mohammed as some ultra-Aryan blonde Nordic god and the country’s circuits will fry as it tries to navigate the politics of that. It’s an insult to Islam to depict Mohammed, but it’d be a bigger insult to destroy the image, except that the white supremacy inherent in depicting Mohammed as white requires us to destroy it, although maybe the image is aimed at encouraging white people not to view Mohammed as “the other,” in which case we should promote it.”

In Islams controverisal Hadiths, Mohammed is described as having a very white complexion, and it wouldnt be surprising since some arabs are actually white in complexion. There even one passage mention of him picking a black man with dreads, out of a slave group and claimed he will be Satan to destroy that big cube they pray too.

As for communism an religion, the apple did fall far enough from the tree like Chronos an Zeus( or Satan of ur ancient Hebrew). White devil, white devil.

posted on Jun, 23 2020 @ 05:21 PM
link
They will be sorry when these Jesus statues rise up like golems to protect his flock. These Holy land terminators will be ripping heads and arms off those who have come to abuse them. The talking ones will be the worst however, they will talk you to death, literally.

The grand finale will the be the 100 foot Christ the Redeemer in Rio De Janiero. King kong with a bible stomping running hordes of heathens. I smell a potential b movie script here.
edit on 23-6-2020 by Asktheanimals because: (no reason given)

originally posted by: Peeple
a reply to: IAMTAT

Your brain has been hijacked by ideologists.

If you say so...but BLM was founded by Marxists.
In the founder's own words:

“We actually do have an ideological frame. Myself and Alicia are particularly trained organizers — we are trained Marxists. We are super versed on ideological theories…”

Theirs is a Marxist movement.

They've bought into the great lie that when all abolition of property occurs, everything will be sunshine and roses. They believe that the only problem with communism is that they just haven't found the right people to run it yet.

Truthfully, Marxism looks really awesome on paper. Everything is pooled and shared back out equally ... wonderful. The problem is that it only really works so long as everyone is equally invested and works equally hard at making it work. It only would work so long as no one shirks anticipating the rest to carry them or thinks that their "intellectual" products are the equal value of the products of hard labor so that you end up with a commune top heavy with artists of a dubious worth.

And it's hard to be highly invested in a project when you realize none of the rewards of your own hard work directly. So people tend to stop working as hard over time.

It was one of the things that nearly killed some of the early Christian colonies of the New World, and it's a piece of history that modern progressive Christians who claim Jesus was a Marxist are either completely ignorant of or prefer to ignore. 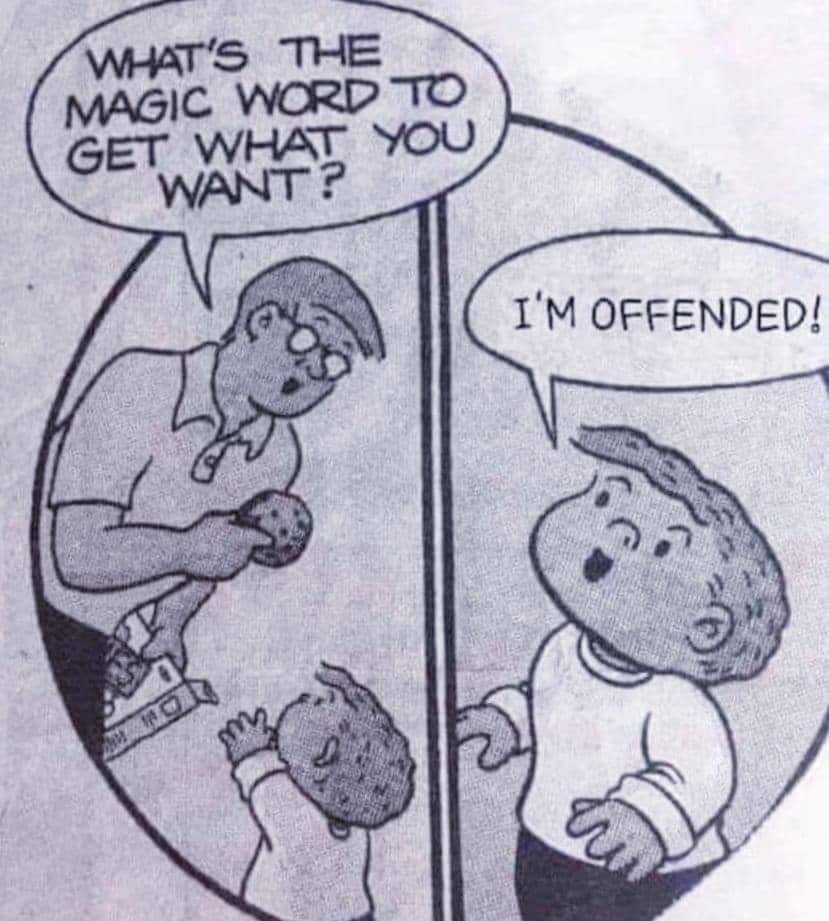 
originally posted by: smkymcnugget420
i can...Christians today are pussies. they will take a knee and let it happen just like they let the government close the churches without a peep... Christians don't fight these days.

When Jesus was roaming the Earth, all white and s***, he was like the mofo'ing Ivan Drago of his time. Blasting bitches in the teeth who he didn't like, being all like, 'I must break you in my Father's name', when they made him unhappy. All that pussy ass turning the other cheek crap came long after he was dead and they turned him into a Karen.

Yip the biblical one was telling them to sell their outer garments and buy weapons , all depending on who is doing the reading

When i was a kid my mother Mary Margoret / used to look at me and tell me i was the anti-christ lovely christian woman And wow did they read their bible , no cooking on a Sunday crew of happy clappers that they were .

There is a statue in America that one of my bloodline had a hand in a very Famous statue about liberty ,and i would hate to see anyone try and touch it for their sake.

And i am no Angel on that front many decades ago after much whisky i loaded up the 4x4 and went on maneuvers and tried to take a statue down with a 22lb mash hammer and my 6.5 frame threw some crazy swings at that base , But boy was that thing built to last because when viewed when sober you would think i was hitting it with a cobblers hammer and not a heavy 22 lb rock breaker

The statue is of a man who cleared people from a land and sent them west to slavery and their deaths and none were black but they built the lands you are in now , they scratched their names in the glass of a church and Many from America and Canada visit it to see where their forefathers came from .

The Sun god has been many colours/colors in the 13 times they have retold it and as i laughed with my African Neighbor recently White no i am Multi-coloured , i can go green with envy ,red with shame or anger yellow with jaundice and can go black and blue with the cold or after a beating from the cops .

Its not so long ago that a black slave fetched five times what the white ones did in America , how easy some forget history

I have sat on the knee of a old man long ago who told me his-story of time on horse back in the Boer war and WW1 as i wrote before here , spent summers with a titled gent who was a WW2 hero and learned all i could about bush craft from them WW2 vets were laughed at how easy it was ,was friend of the family of the statue i tried to down and got chucked from the army training because of the word s-i-r i would not issue it from my mouth , you have to earn that with me . and i do not bend the knee to any man nor storm g-ds , The only thing that scares Picts is if the sky should fall

Recently i took a walk to town to the bank and the whole bridge was covered with all these stupid signs , but they were gone by morning thankfully , some tax payers really take keeping their lot clean to the max .

And if pushed these people will shove back and it will be biblical the clean up and famous me who stated they painted for pleasure not for profit always left countries in ruin ,Trump needs to man up biggly imho and he needs to remember where his kin came from 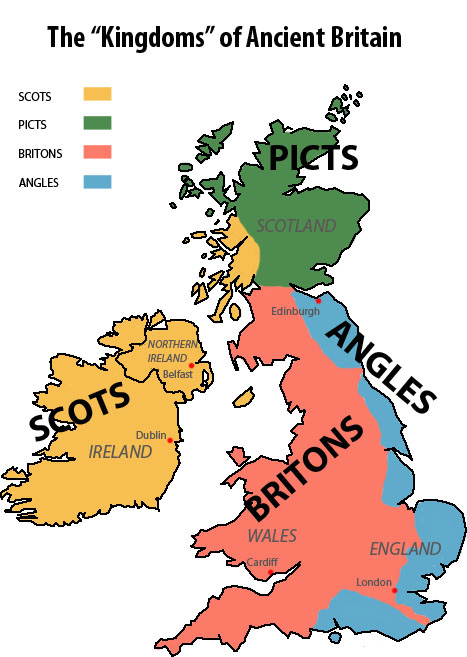 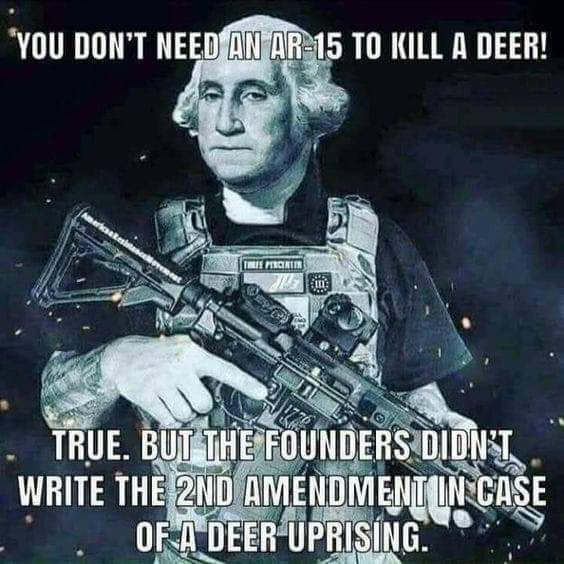