The BLM leader also want to destroy any stained glass window in America churches that has the image of a white Jesus.

Up to now...these statues have been public property.


It's against the law to destroy anybody's property that isn't your own. That's the foundation of criminal law. Figuring out how to compensate someone for their loss from theft or destruction.

originally posted by: Jaellma
I mean, was Jesus even a real person?


"The greatest miracle Jesus ever performed was convincing the world he existed."

This is rather an informative image from not that long ago. 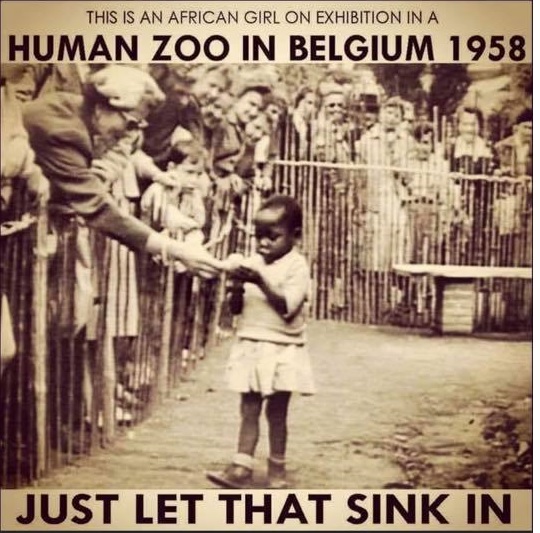 I think we can see who has the advantage given the fence they are behind.

thats it, lets bring down Belgium and hand it over to a black nation, while preparing the guillotines to whip out the other people of colour, because thats the solution
edit on 23 6 2020 by Dr UAE because: typo


But Jesus was not white, just saying.

Don't agree with tearing down anything all the same without a majority agreement.

Can they not just make him green?

After all its the only colour that really matters.


Nobody really knows what Jesus looked like, therefore nobody can make suppositions about just exactly how he looked.
The thing is, scholars down the centuries have speculated, and it's still not known, it's something that any Christian should understand, while it should also be understood that Egypt itself for instance, was pretty cosmopolitan over the centuries, with Macedonian, Roman and Arab conquests and probably mixing occurred..

originally posted by: AugustusMasonicus
a reply to: markovian

And another person gets trolled by a white guy.

Lock and load though, the race war is coming.

Also it wouldent be a race war if its over religion

Computer Imaging of the Turin shroud showed Jesus with long hair and a beard. That rules out quite a few races. But opens the door to two or three sexual configurations.

Nobody even knows if he existed if we are honest, nevermind what shade of white/brown/pink/black the fellow happened to sport.

Speculation is all we are every really lightly to get.

Anyhoo like i said, it was the message being conveyed that seems to count.
edit on 23-6-2020 by andy06shake because: (no reason given)

Not at all, but if that image doesn't perfectly illustrate the problems and hypocrisy that existed and to some degree still do exist, I'm not sure what does.

Anyhoo we all live in a zoo, but we don't all have the same rights and privileges, that's a given.


originally posted by: Nyiah
Yeah, well, he wasn't exactly African Black, either, being a Levant Hebrew, so what's the effing point, ya slimy BLM asshats? Can we wreck your ethnically tweaked representation s# because it's inaccurate also? He was assuredly darker skinned than portrayed, but NOT black by any means.

PVXN pointed out who said this, he's trolling, have some fun with his dumb ass and watch the asstards on this site who think he's being serious stumble all over each other.

i don`t know what kind of pagans ya all worship, but in my heart, i know that the true Jesus is Baby Jesus.

As far as I know that story about Jesus killing a child was from Islamic tradition, probably dating after the 8th or 9th century and so was probably made up much later and is unlikely to have true origin's within ANY Christian tradition.

In fact as far as Islam is concerned it probably only dates to between the 7th and 11th century's with most of it's textural structure being arrived at later, earlier versions of there Koran exist but are very different in many contexts, Islamic scholars even try today to argue that Aisha was anywhere between 9 to 18 when Muhammad married her but there earliest sura's say clearly that she was six, on her wedding night at the age of six all her hair fell out and so he could not do whatever he had on her wedding night again until her hair grew back which was about three years later as the trauma probably subsided.

I would not trust Islamic sources at all for anything Christian related, many of there writing's date from much later, as late as the eleventh century (so to do many Jewish traditions and writing's that began not in Palestine but in Europe with some of the most influential rabbi being in the last thousand years or so and not dating back to the time of Jewish occupation of the holy land at all), many Islamic sources are extremely biased against Christianity and they have to show that Jesus was not the son of God but merely a prophet for there religion to stand, today we know that Mecca there original Mecca is not even in Saudi but is in fact Petra, the dome of the Rock is only one of many mosques that was built facing Petra (many of there earliest mosques were later rebuilt to face Saudi mecca but originally faced toward Petra) and there earliest sura's describe Petra in description perfectly though they refer to it as Mecca while modern Mecca was just a meeting place and there was not even a city there during the time of there religions birth, so how trustworthy can a religion be when it has even lied about it's supposed holy city.

Your best bet would be to research ancient Syriac, Ethiopian, Coptic and even though they were not about actual but about interpretive belief any surviving Gnostic texts about Christ (though in a religious civil war the Copt's almost entirely erased the Gnostic traditions many of which incorporated Egyptian deity's alongside Christ and were definitely not Christian in nature so only a few buried for over a thousand years have survived but you may still find the shadow of those beliefs even within the Coptic church itself).

You know also the veneration of Jesus mother dates right back to earliest period of the church and most Christian tradition and oral teaching refuted what has today become the new religion claiming perhaps very wrongly to be the true religion of Protestantism - while other church's can understand there break away from the catholic hierarchy which at times was corrupt there anti Mary stance was actually a break with ALL prior Christian tradition right back to the earliest day's of the church and in contradiction with every other church core teaching's and oral traditions handed down from the time of the apostles.
(there is some argument probably accurate that the Dome of the rock itself with it's eight sides was based on the Byzantine church called the Church of Mary's Seat en.wikipedia.org... an eight sided octogonal church with a dome over the rock upon which the pregnant Mary is said to have sat down and once a very sacred site for Christian's and not only byzantine Christian's, in form though earlier it was probably extremely similar to the dome of the rock)

But if you want to find the earliest - probable - surviving church were Jesus was definitely worshipped then look no further than this first century ruin under a Jerusalem car park.

First century probable pre expulsion period and older than other so called first church's that are officially recognized.


originally posted by: smkymcnugget420
i can...Christians today are pussies. they will take a knee and let it happen just like they let the government close the churches without a peep... Christians don't fight these days.

When Jesus was roaming the Earth, all white and s***, he was like the mofo'ing Ivan Drago of his time. Blasting bitches in the teeth who he didn't like, being all like, 'I must break you in my Father's name', when they made him unhappy. All that pussy ass turning the other cheek crap came long after he was dead and they turned him into a Karen.

Can I have your bible?

originally posted by: markovian
Also it wouldent be a race war if its over religion

Actually it's about a white guy pretending to be a black guy trolling other white people. So, yeah, it's about race.

originally posted by: solve
i don`t know what kind of pagans ya all worship, but in my heart, i know that the true Jesus is Baby Jesus.

It's called pandering but dummies will eat it up because that's what dummies do.

originally posted by: Guyfriday
Can I have your bible?

As a Mason, AugustusMasonicus has a Teacher's Edition.


originally posted by: markovian
Also it wouldent be a race war if its over religion

Actually it's about a white guy pretending to be a black guy trolling other white people. So, yeah, it's about race.

that dosent make the end result a race war