originally posted by: AugustusMasonicus
a reply to: 99problems99


AND he was not ebony skinned black either, he was pretty much in appearance as most people of that region of the world are today, lighter than the Arab's and about as dark as Ethnic Christian REAL Syrians (whom still hold there christian ceremony's in Aramaic albeit Syrian Aramaic a very slightly different dialect to Hebrew Aramaic but they could understand one another), Greek's and Italian's, Also when Jesus underwent his transfiguration he did not turn into a Black guy or a European OR a Chinese guy, he stayed as he was but became glorious.

When Moshe - Moses was allowed to look upon God but not directly his hair and beard turned white and his face Shone so it also turned white.

In the book of Enoch - the Ethiopian version which they still have and which was not included in the bible as we know it today the description of Noah is intriguing, this as not a black guy in Africa a hundred or more thousand years ago but rather?-

I shall come unto each as one of there own.

Oh and Jesus is NOT Lucifer that is an out and out blasphemy and an error which is justified by claiming that the Bible is in error, what lack of hubris and humility and lies drove that crap.

Since no one really knows what He looks like or looked like then (Let's be honest, He's Jesus. Pretty sure He can look how He wants for the most part.), nothing stops anyone from coming up with their own iconography.

There are plenty of depictions out there that do not follow the usual variant.

The only real worry is the excuse to burn down, loot and vandalize people's houses of worship because you disagree with the inconography in their windows.

Catholics use statues, paintings, and other artistic devices to recall the person or thing depicted. Just as it helps to remember one’s mother by looking at her photograph, so it helps to recall the example of the saints by looking at pictures of them. Catholics also use statues as teaching tools. NOT TO WORSHIP... ever been to a church? ever see anyone worshiping a stained glass window...me either.

“On the walls round about in the inner room and [on] the nave were carved likenesses of cherubim.”
Ezekiel 41:17–18

“for the altar of incense made of refined gold, and its weight; also his plan for the golden chariot of the cherubim that spread their wings and covered the ark of the covenant of the Lord. All this he made clear by the writing of the hand of the Lord concerning it all” (1 Chr. 28:18–19)

originally posted by: LABTECH767
AND he was not ebony skinned black either...

That's nice. Maybe read a few more of my posts before making a lengthy reply.

Well let's be fair you asked for that knee jerk reaction (first post and sorry I never read much further before making a reply, triggered or something so yeah you got me), you know it riles some of us up and we get awfully protective of our Lord, even if he will likely be more angry with us than you on that issue.

originally posted by: LABTECH767
Well let's be fair you asked for that knee jerk reaction...

I did? Okay. If you say so, or maybe you're being a little overly sensitive about White Jesus.

Interesting story being one of the so called leaders of BLM. Seems he is a mix of Rachel Dolezal and Elizabeth Warren here. Basically says his mother is white and his father (unknown) is black, but here is his father who has a lot of jail time, so not really a part of his life, with also family members saying his father was white. 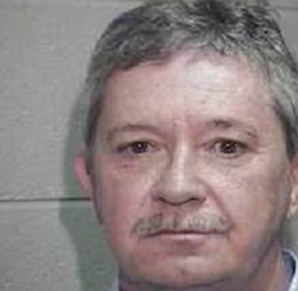 So that is the Dolezal part and here is the Warren part since Warren used her faked Indian heritage for gains too.

He has repeatedly lied about his race, illicitly obtained a scholarship funded by Oprah Winfrey for men attending a historically black university, and exaggerated the severity of physical injuries he sustained during a 1995 hate crime and an unrelated car accident.

I guess no one told you that Trump is the symptom of this. He was elected mostly because people were so tired of this crap they fought fire with fire. This nonsense was going on long before trump. What are you, 12?

originally posted by: ketsuko
The only real worry is the excuse to burn down, loot and vandalize people's houses of worship because you disagree with the inconography in their windows.

I love, love, love that this is the guy all the bobos in this thread are getting bent about. Shows how many people read the full Original Post and click on links.

If Project didn't point this out they still wouldn't have known they were getting trolled by a white guy. Hell, he's the new White Jesus, what power he has...

I would say looking at him odd's are there is a 'tiny' bit (like well back) of native American ancestry or Mexican and he otherwise show's no sign's of any black ancestry but you never know, imagine the shock and it has happened when white couple's have had black kid's and it turned out that there was a great grandparent whom was black.

But I am all for people being able to claim to be anything they want as far as race is concerned simply because I believe there really is only one race and that is HUMANITY.

posted on Jun, 23 2020 @ 02:32 PM
link
Well , they are graven images that never should have been erected per the religion anyhow

Correct and sorry for that reaction earlier, you have shamed me a bit there.

originally posted by: Blue Shift
Well, in Egypt, God was a bird head. Which I suppose is one way around the problem. White! Black! Nope, hawk.

Where's Byrd when you need her? She could tell us what color God is.


originally posted by: ketsuko
The only real worry is the excuse to burn down, loot and vandalize people's houses of worship because you disagree with the inconography in their windows.


Yes, but it shows the wrong Jesus, the white one, and that makes their lives all oppressed and stuff. If the whole world isn't suddenly and violently rewritten to make it like they did everything, everywhere, then they will never feel worthwhile about themselves and they will always be oppressed.

Eventually, even the existence of white folks will be an oppressive problem, and we will either have to be enslaved so that we can know our proper place or we'll simply have to be removed.

This is how cultural revolutions go.

originally posted by: RoScoLaz5
so i guess churches gotta go next?

posted on Jun, 23 2020 @ 02:36 PM
link
There's never been any doubt in my mind what the true target of the Woke is, nor their true master. Unfortunately most, but not all, of the non- Orthodox and Catholic denominations that have such depictions have already bent the knee to the Woke and the Dark Power they serve. It was always going to be an assault on Christendom with the marxists there couldn't really end any other way.

I've spent my entire life in Baptist and Church of Christ churches, and don't remember any portraits of an any race Jesus on display at the church. My grandmother did have a printing of DaVinici's The Last Supper.

Once again we're see the Woke being as ignorant of history as they are everything else. Egypt in that time was into barely a generation of rule by Rome and had large Greek and Jewish populations in addition to native populations. Prior to that, centuries of Greek rule by the Ptolemaic Greek dynasty ending with Octavian's defeat of Mark Anthony and Cleopatra. Someone fleeing from Judea or any other Roman province could probably fit in as long as they spoke the language of the Eastern Empire, Greek.

Actually those were the Egyptian deity's not God in particular and if you know about there legend's such as the battle between Horus and Set they were shape shifters.

That said an old Coptic legend about Jesus is that while he was a little boy in Egypt he took two clump's of mud by the bank's of the Nile and shaped them into two doves then breathed life into them and released them.

It is also said that the God's of Egypt bowed before him which can be interpreted literally as the God's Bowing down to him whom was far greater than they OR as happened when the Ark was stolen and put into a pagan (philistine) temple and the Idol of there God dagon fell onto it's face and shattered before the Ark of the covenant.