I got that sinking feeling, no! No! No! Wrong message!
"Well", I thought to myself, "I guess I'll just have to wait and see what happens."

Then just as I had feared, the rally turnout was lower than expected. Aha! I had a hunch about that. Now to track it down.

I checked my travel bag, no Sharpie, no crayon. But I knew where a sign making supply cache was located, near a grocery store 5 blocks away. I looked through some recycle bins along the way as I walked, until I found a pizza box to use as a sign.

After I got to the corner and lifted the loose stone of the cache, I was holding the blank cardboard in my left hand. A car pulled over and stopped. The passenger window lowered and the woman who was driving leaned over the passenger seat and extended something out the window. "Here you go."

I stood up and took it. It was a gift card for a close by fast food joint. "What"? I asked.

"It's so you don't accidentally buy alcohol instead of food."

That called up a rather strange mental picture. Sitting at the bar in a breakfast joint as the bartender sets a glass of red liquid garnished with a celery stick in front of me, and I ask, "Since when does chipped beef on toast come in a glass?"

And he responds, "Since the grill is turned off for cleaning and Bloody Marys are our standard breakfast drink. Enjoy!"

It took a while to describe that mental picture in words, but the image itself was like 2 seconds.

I handed the gift card toward her and replied, "Thank you, I would really like to avoid accidentally buying alcohol. But what I really need is a crayon."

She didn't take the card back, but she turned to her daughter in the back seat, "Daniela, do you still have that crayon you got at the restaurant yesterday?"

"Here mommy," Daniela said, giving the crayon to her mother.

I was still holding the card out in my hand as the driver handed me the crayon. My attempt at a trade-off failed. She examined me up and down, head to toe, or rather hat to sandal and said, "Keep it", then drove away as the window was raising.

So with crayon secured, I wrote out my sign. 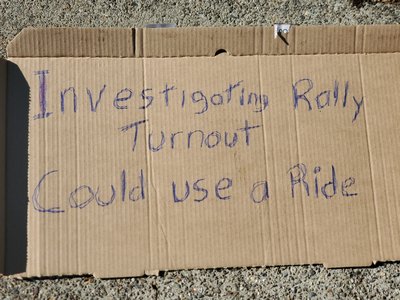 Pan-handling is a rough job, but somebody has to do it. I certainly don't want to make the job harder, so I put the crayon and the gift card under the cache stone, and headed to the interstate on-ramp.

Every once in a while a car would stop and someone would hand me a bill. It struck me then that people don't always seem to read signs; it's like they see someone with a sign and just assume that they know what the situation is.

Someone finally stopped who read the sign. "So where are you going?" he asked.

"I want to look around at other on-ramps and off-ramps for evidence in support of a hunch."

I got into his car and fastened the seatbelt. As he pulled back onto the on-ramp he asked, "Do you have any gas money?" while tapping a decal on his dashboard: 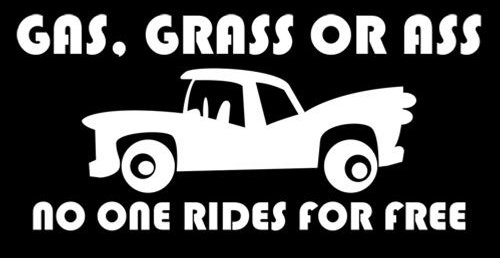 "Oh man!" I replied, while digging in my pocket for loose bills, and a couple of gift cards. "I haven't seen one of those in 40 years or so."

Ten minutes or so later I spotted something off the highway. "I think that might be something. Can you stop here?"

"Make it quick, sign says emergency parking only on shoulder" he said pulling over.

I got out and ran the thirty feet or so to what looked like a sign, grabbed it and ran back. As he pulled back onto the highway, I examined my prize. 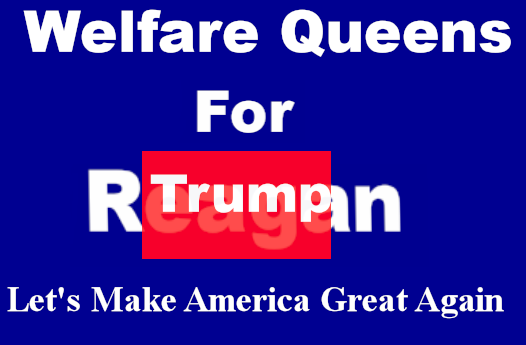 "Is that what you're looking for?"

"Hmm! Not exactly, but close" I replied, musing over the evidence that some recyclers can also be litterers. No doubt thrown from the window of a limousine.

The driver pulled off at off-ramps, circled around to the on-ramps and drove slowly as I scanned for evidence. It was at the tenth on-ramp that I spotted what I thought might be what I was looking for.

I got out of the car, ran over to the evidence, and called out, "This is it! We found it!" Then he pulled back onto the highway as I stood yelling, "Wait! I still need the other signs for my story!" He didn't stop though, just kept on driving.

It took me the rest of the day to get back home. The guy who owns the house that I stay at was kind enough to take this picture for me. 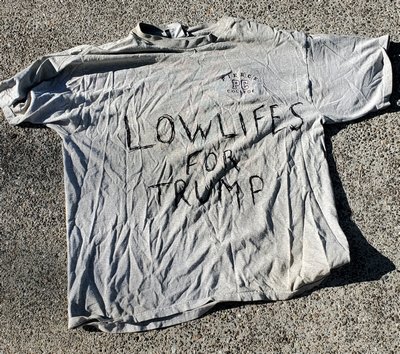 I'm not saying that that was the whole reason for the poor rally turn out, but it seems to be a small factor, at least.


[Editorial Staff Note:
Some of the photos appearing in this report are reconstructions, based upon our investigator's descriptions. He doesn't own a camera, and two of the signs were in the driver's car. The final photo is quite authentic, as we have verified the existence of the pictured item.]

posted on Jun, 24 2020 @ 11:24 AM
link
[Editorial Staff Note:
The question has been raised to us in private correspondence about whether our investigator may have planted the evidence. He has reluctantly agreed to explain his actions]

Look, words are rather slippery things. Definitions change. Usages change. Mental pictures evoked by a particular word vary from person to person, and even within the same person over time.

The key word, obviously, is Lowlife. In current usage, it would translate out to something like "moral degenerate". That would be someone who cons, lies, defrauds, steals, doesn't honor contracts, and that sort of thing. As such, the clothes he wears or the house he lives in would be irrelevant.

A synonym for lowlife, in that usage: 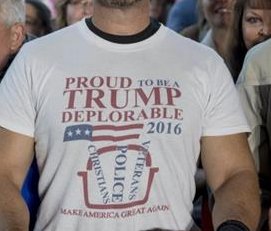 After reading several dictionary entries, I was left with the impression that prior to 1911, the word Lowlife referred to someone's socioeconomic status: as in high culture or low culture.

It is possible that someone may have mixed seemingly disparate definitions together.

Magic, I loved the use of the pics etc.

I had a bit of fun with it.

I admit that the apparent ease of the panhandling was rather dreamlike. In real life I suck at it.