originally posted by: hounddoghowlie
a reply to: peck420

you can make a non functioning hangman's noose, i used to do it all the time, when i was younger. even made small ones to hang from review mirrors.


Unless you put it around someone's neck, you made a noose. Don't sweat it, I do too. Almost every weekend. Little tiny ones...for ants....or fishing hooks. I will never tell.

originally posted by: hounddoghowlie
a reply to: face23785 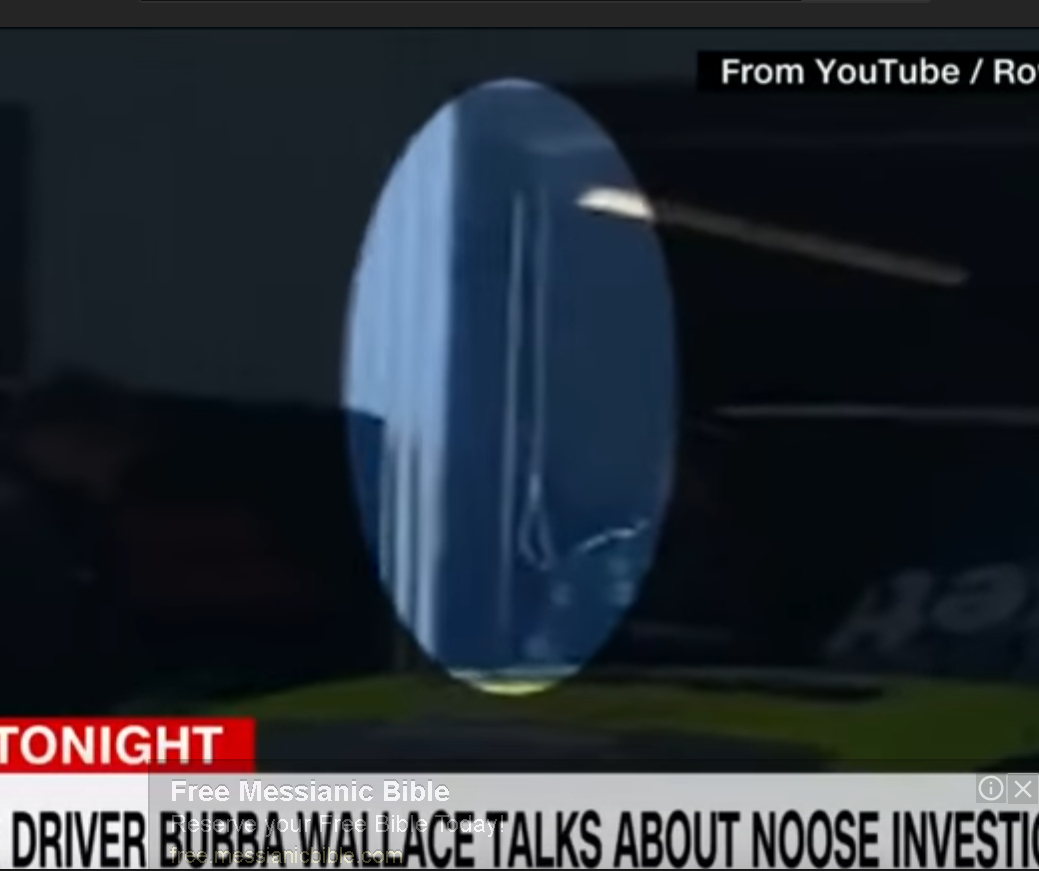 
noose noun ˈnüs , British also ˈnüz Definition of noose
(Entry 1 of 2)
1 : a loop with a slipknot that binds closer the more it is drawn
2 : something that snares like a noose noose verb noosed; noosing
Definition of noose (Entry 2 of 2) transitive verb
1 : to secure by a noose
2 : to make a noose in or of

Except Bubba himself said "it did not function like a noose", meaning it was not a slipknot. It resembled a noose to those inclined.

originally posted by: Mr Knowledge
a reply to: panoz77
Can it be used to hang a black man? YES

Really, maybe Beetlejuice from the Howard Stern Show or a baby doll or a midget with no arms, but not a normal human. We don't need the FBI to tell us what we knew from about the second day this thread was active. The FBI just confirmed what we have been saying.
edit on 24-6-2020 by panoz77 because: (no reason given)

Then it is a good thing Bubba is not black...phew!

Dude bro needs a tan. No one will ever believe he's black.

Does anyone else smell a rat? How does a noose get hung in the pit garage without anyone noticing? In the current climate, this sounds like an "inside" job. I really don't believe that some KKK/white supremacist hung a noose in this drivers garage. I think we may find this might be another Jussie Smollett type situation. I could be wrong, but at the very least, I think it may be a white liberal "operative" planting this seed.

The first tool anyone should use to deny ignorance is Occam's Razor.


Yep
Fooled even the smartest here.

He was attempting to apologize, but was having trouble getting his ego in check. He is just now realizing (after changing his story twice) that the rope has been there longer than he has been a race car driver. Just another fool trying to backtrack and act like he didn't hate others so much he was hoping the FBI would witch hunt some one to prison for him.

originally posted by: AugustusMasonicus
a reply to: face23785

No joke, it's boring as all hell. If I'm going to watch racing it isn't going to be NASCAR.

From what I've heard it's really exciting when the cars roar by and you feel the engine power in the chest.

Shrug. I can get that rush from laying down in the flight path of passenger airliners.

originally posted by: StallionDuck
a reply to: panoz77

Dude bro needs a tan. No one will ever believe he's black.

I swear in all the televised interviews they've been using a filter to darken his skin tone.

posted on Jun, 25 2020 @ 12:12 AM
link
He’s hurting for sponsors. My guess this was all planned to get some of these WEAK woke corporations to bend over

originally posted by: Jaellma
a reply to: panoz77

I tell you what, if this is found to be a publicity stunt or Jessie Smollet type incident, I will eat my hat AND personally ban myself from posting on ATS for 1 month. If this is found out to be a REAL incident with real miscreants and cowards involved where Wallace was NOT privy to it, then all on here who are saying it's a Jessie Smollet type incident should do something similar. At least admit your are wrong and/or personally ban yourself from ATS for 1 month or longer. This is my challenge to you to see how man or woman you are in admitting you're wrong.

For a adult man to get that triggered over something like that is even more scary.

Could not moving this to the correct bin, be a reason why ATS is in danger?

posted on Jun, 25 2020 @ 09:13 AM
link
The FBI concluded it was a garage door pull which he and his team have had in use for several years. It certainly wasn’t new or a response to current climate, nor recently something he came in contact with for the first time. Nor was the assignable intent behind the knot a narrative that could be believable or maintained.

posted on Jun, 25 2020 @ 09:23 AM
link
It speaks for the climate we are in today. Pop tarts CEO emailed a message holding solidarity we live in a time where signal virtue is required, lest ye be canceled!