posted on Jun, 16 2020 @ 05:08 PM
link
I ran across this VERY interesting video about a young boy's adventures of when he signed up as a Confederate soldier.
As a 101 year old man, he remembers about how he, as a young boy of 16-1/2 joins up and fights in a war that he really doesn't understand.
This is historical, entertaining, and heartwarming, they just don't make 'em like this anymore.
(Please take the time to read the Comments on it too)

I probably won't be around, but y'all please watch this and hear (it's audio only) some of history from someone that helped make it.

(I placed this in US Political Madness because I didn't know where to put it, and, with all of the craziness that
is going on lately you never know who will start throwing verbal punches)

Julius Howell enlisted at 16 to fight for the Confederacy in 1862. In this 1947 recording in DC, Howell at age 101, recalls his Civil War exploits as a cavalryman at Petersburg and Richmond and his memory of the assassination of President Lincoln from a Union POW camp.
The title of general is in ironic quotes because his was an honorary moniker bestowed on him years later by a Confederacy society."

This is my ancestor, we're so alike that it's uncanny.
(Shameless family history plug)

On May 18, 1861, Governor Claiborne Jackson of Missouri commissioned Rains a brigadier general in the Missouri State Guard, to head the 8th Division. Rains entered into his new duties with great energy and zeal, and recruited a large number of men to the southern cause: It soon became apparent, however, that notwithstanding his "undoubted courage, patriotism, and zeal" the affable and popular Rains was not suited to military command. As one friend recalled, Rains " was profoundly ignorant of everything pertaining to military affairs.. . . and was so good natured that he could not say 'no' to any request, or enforce regulations that were distasteful to his men."

Rains led the 8th at the Battles of Wilson's Creek, Lexington, and Pea Ridge, and was wounded in the latter battle. On the Confederate retreat from Pea Ridge Rains vehemently denounced Confederate army commander Major General Earl Van Dorn, in Van Dom's presence, as the only man in the army who was "whipped." Understandably, Van Dorn arrested Rains for his intemperate insult, but within three weeks Rains was reinstated in command.

In April, 1862, when Van Dorn urged the Missouri State Guard to march with him to Mississippi, Rains (not surprisingly) remained behind and took command of those guard troops who wished to stay in the Trans-Mississippi theater. Major General Thomas Hindman, the new commander in Arkansas, then placed Rains (a state militia officer) in command of mixed state guard and regular Confederate forces in northwest Arkansas, Rains leading the whole with his militia rank. General Hindman reported that he accepted Missouri State Guard general officers (including Rains) "into the Confederate service, conditioned upon the approval of the Secretary of War," in order to prevent the reestablishment of a separate state guard and to unify the command structure.

From this command Hindman relieved him in October, 1862, alleging incompetence and insobriety. It appears that the latter charge was well-founded; the governor of Missouri reprimanded Rains on at least one occasion for an incident involving an ambulance crash. The governor did acknowledge Rains's "known ability" and recommended him for promotion to general of the PACS.4 Rains moved to Texas, suffering from war wounds and broken in health. Recovering, in 1864 Rains reentered Missouri at the command of the governor to recruit for the Missouri State Guard. By Rains's count, he raised thousands of men there, who withdrew to Arkansas upon the failure of Price's raid into Missouri. 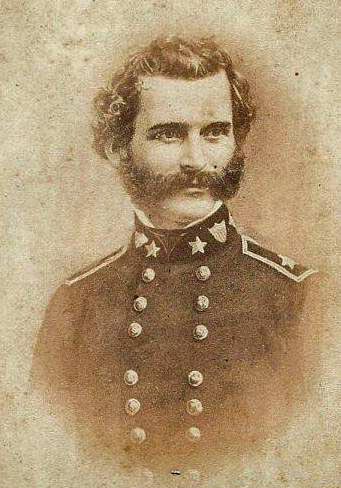