posted on Jun, 13 2020 @ 07:03 PM
link
The 1968 democratic convention was catastrophic for the Democratic Party. The similarities to present day are uncanny.

Lyndon Johnson announced that he would not seek reelection. After a near loss in the New Hampshire primary. As a remedy the moderate Democrats pushed for a unpopular vice president named Hubert Humphrey.

After Johnson dropped out Hubert Humphrey entered the race . He didn’t run in any primaries and collected the delegates from Johnson. Votes from the caucus states put them over the top.

“ I say the convention will be contested in spirit. Bernie Sanders disciples will push Bernie’s nomination both on the convention floor and outside. They repeatedly tried to store me the actual convention in 1968 .

Then as now the Democrats are attempting to maintain some distance from the radical left and you couldn’t find a more unpopular vice president aka Joe Biden for the radical left.

The turmoil leading up to the convention involved the war in Vietnam, reforms for the minorities , gay rights, environmental reform and younger representation in Congress.

“ the war is against the police and we have BLM, LGBTQ, global warming an old white men to round out the rest”

The convention was held during a year of violence, political turbulence, and civil unrest, particularly riots in more than 100 cities[3] following the assassination of Martin Luther King Jr. on April 4.

“ ANTIFS at any protest , pick anything Trump did in the last 3 1/2 years and George Floyd “

As of now the narrative is that Joe Biden has enough delegates to clinch the democratic nomination and as always with the media that’s not entirely true. Pledged delegates are not bound by the vote. Which will give the radicals unfounded hope.

It is highly unlikely that Biden won’t receive the nomination on the first vote. But that doesn’t really matter on my take of the upcoming convention.

Humphreys nomination was a rubberstamp and Wallace who ran on a platform of white supremacy got shafted. Many of the attendees will remember what happened to Bernie Sanders in 2016 and the sentiment will be the same .

Regardless of who is nominated a decent percentage of the angry children aren’t going to be happy.

The Democratic Party despite the rhetoric is still a moderate party . Many of the people in power know that after Biden‘s nomination . The radical left agenda will be on the back burner. The radical left knows this which will anger the children more.

ANTIFA and others aren’t concerned with the rules they want to tear down whole nations. I think they will see their actions at the Democratic convention as a righteous cause.

Which brings me to a tweet I posted a while ago. Take a look at who gave me a like. I don’t think it was a single individual but was from the San Diego chapter . 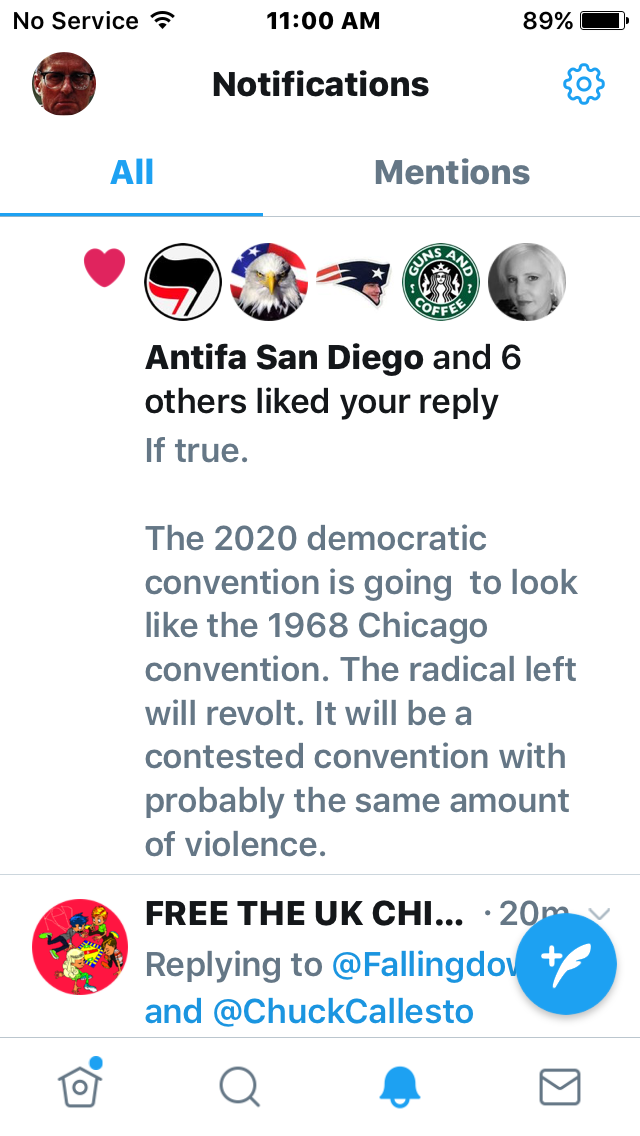 Was carried on to the convention floor with fist fights. Somebody even punched Dan rather while he was on air. It looked like the Taiwanese congress.

Here’s some history behind it.

At this point all it needs is a prominent Democrat to be assassinated in a kitchen and ANTIFA to nominate a pig for president .(one which gets seized on live TV)

The end result was a huge split in the Democratic Party. One so severe that the Democrats only had a one term President in the next 24 years.

There is talk of a virtual convention. I seriously doubt that will happen. But it doesn’t matter anyway there will be enough people on hand . This is from yesterday .

An aide with Joe Biden's presidential campaign told FOX6 News on Friday, June 12 that Biden intends to accept his party's nomination in Milwaukee during the Democratic National Convention.

"We will not abandon Milwaukee," said Tom Perez, chair of the Democratic National Committee.

Perez said he is also not giving up on an in-person convention.

On a sidenote take a look at this. Does it sound familiar?

Johnson distrusted Humphrey and had the Federal Bureau of Investigation illegally tap Humphrey's telephones to find out what the vice president was planning to do.

Democrats sure need to put some thought into getting a new playbook.

I call dibs on being president next.

Do you walk on four legs and have a curly tail ?

Thanks for the historical context.

If a couple other people have the time could you do the same ?

It would be interesting to see what kind of reception it receives .

posted on Jun, 13 2020 @ 07:45 PM
link
a reply to: Fallingdown
Maybe this time with the police standing down they will burn the city down.

I call dibs on being president next.

If there is one , "IT" will be wearing a pink striped girdle .

I mean.. I could dress her in one if it'll make ya happy.

More like 'Trump, the first president without a solitary redeeming quality'.
Pretty sure the bulk of the country would be more likely to go that direction.
I mean, at least Reagan could act. 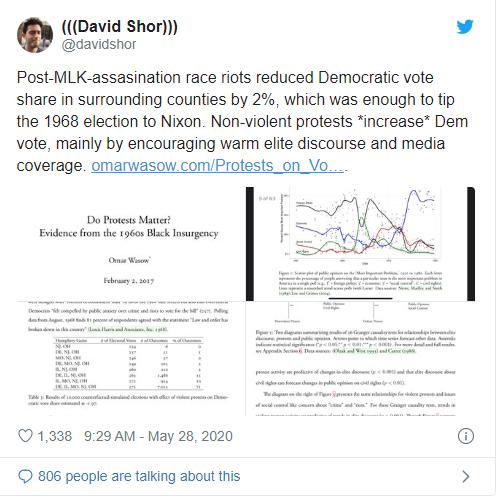 Scroll down to it.