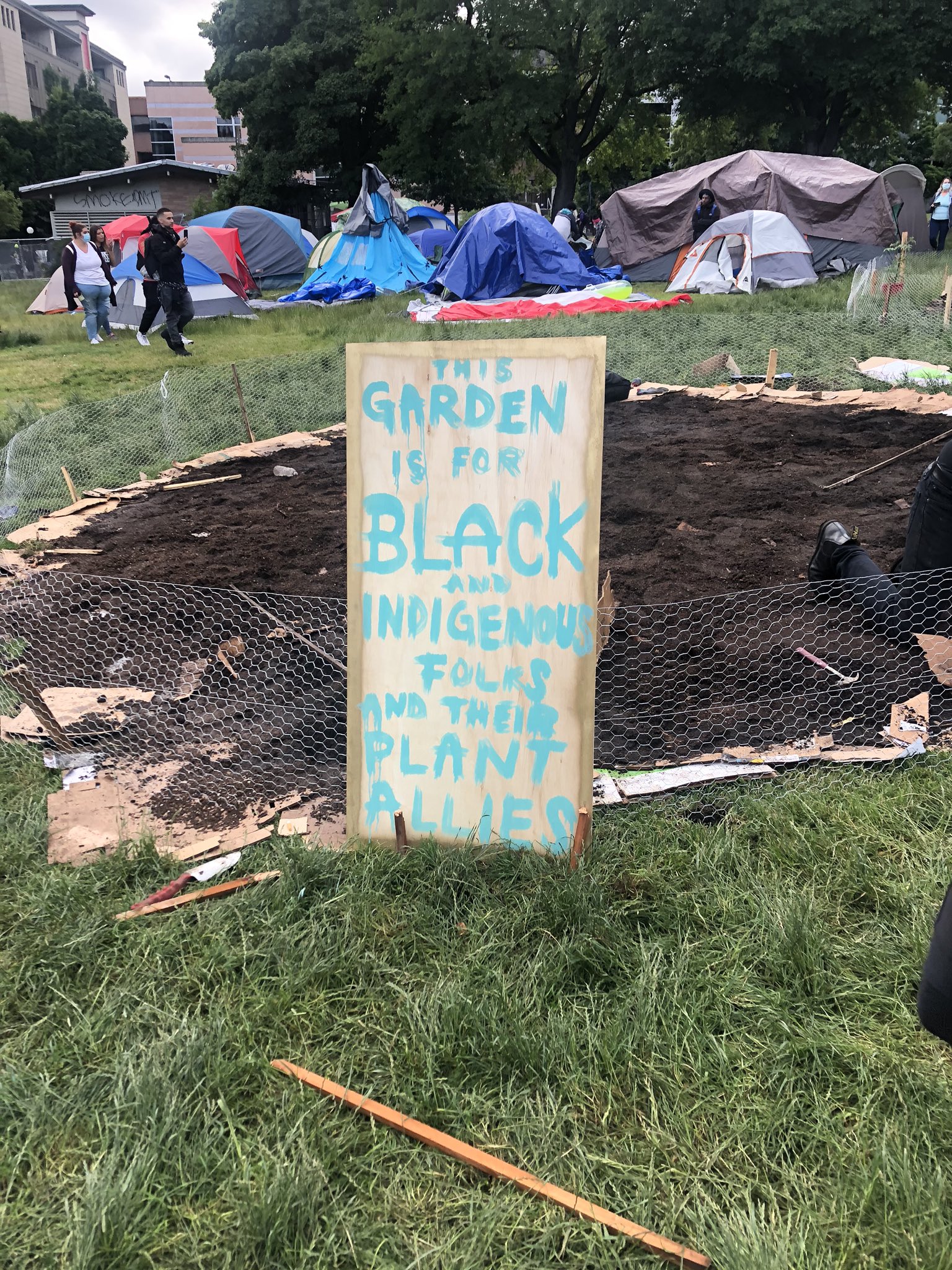 PHOTO speaks for itself.

CHAZ, the 'New, Progressive, Utopia' is already showing it's inherent racism and segregation.
The food that is being attempted to be grown here will NOT be shared with anyone that isn't Black or Native American.

How is this any different than those drinking fountains in the South that used to say: 'WHITES ONLY'?


The new and 'woke' nation of CHAZ...and those behind it...are a hypocritical joke.

But, then, you already know this...Don't you?


How is this any different than those drinking fountains in the South that used to say: 'WHITES ONLY'?

They're bigots and they institutionalized discrimination.

My guess is they'd be racist and say I'm not native american based on the color of my skin. Just like they think Mexicans only have brown skin even though there's many who are as white as can be.

In general the left has gone completely insane. I thought it was temporary after Trump was elected but they have gone off the deep end.
edit on 13-6-2020 by MysticPearl because: (no reason given)

The "woke" are racist, but in their revolutionary zeal, that's okay because it's against caucasians.

Gardening is for other folks.

Seeing the finger pointers who claim to be educated, planting a garden by putting down cardboard boxes topped by dirt really makes me chuckle.

Struck me odd that there was no mj growing.

What's a country without a national export.

Ohanka
+3 more
posted on Jun, 13 2020 @ 10:14 AM
link
I wish i could find a way to reconcile anarcho-socialism, an ideology that preaches absolute equality & freedom for all, and identitarian politics, an ideology of division that is often used to foster hatred.

originally posted by: ketsuko
What's a "plant ally"? Did anyone ask the plant if it wanted to sign up for the job?

Not much carbon sequestration going on in that sorry excuse for a not so commual garden.

Hey, you never know...with plenty of water and if the weather's good they could be looking at a bumper cardboard harvest.

Those placards don't make themselves.


Hey, you never know...with plenty of water and if the weather's good they could be looking at a bumper cardboard harvest.

I guess the chicken wire fence is to keep the rats from eating their bumper crop of cardboard.

Any more of this and their pathetic actions and I might start feeling pity for these fools.
edit on 13-6-2020 by DBCowboy because: Covid drank my beer

I'd need something harder if I got a $1million dollar medical bill from it.

Out of Seattle so relevant to the topic.

originally posted by: DBCowboy
Don't they see that they've become a caricature of themselves?

Better yet, don't they know ANYONE who would take them aside and say, "Look Kevyn, you're gyno-anarcho-vegan-revolution is making you look like a moron."

Wait and see what the Chaznificent ones do next.