Guy in the car who shot. added from sources in thread: 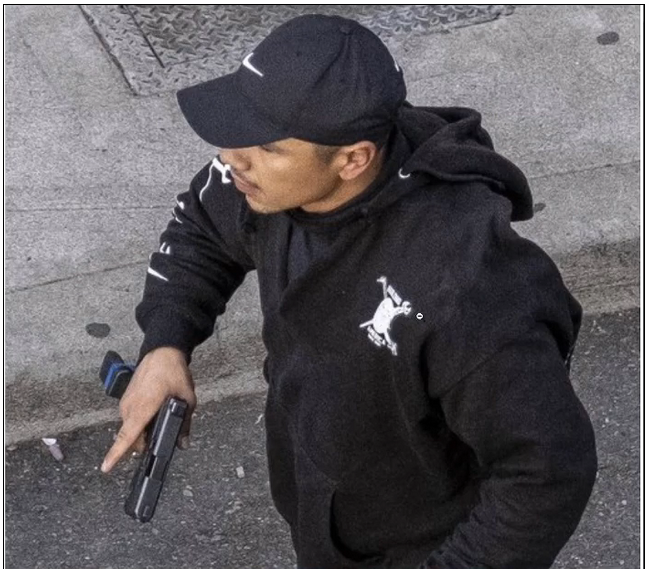 "Videos showed protesters appearing to chase after a black Honda Civic as it sped down the street toward a larger crowd, slowing just as it crashed into a metal barrier near an intersection. One protester caught up to the vehicle, video by the Seattle Times shows. The man appeared to try to reach inside the driver’s side window, when a shot rang out."

I've never seen such BLATANT propaganda. I've watched many version of the events at hand and not only was the guy NOT speeding. The barricade was pushed into his car. The other man wasn't JUST making an attempt to get into his car, he was mid (MIDDLE OF) assault.


Seattle times
"The victim was taken to Harborview Medical Center." doesn't sit right with me


I don't know how this one is going to play out but from what I see, this seems justified. Now driving down the street with protesters is no good but he wasn't erratically trying to run anyone over. The video in the above even shows that many of the statements in the article and likewise implications are false.


I have a hunch that the shooter; who im not sure is wrong, will be found to be a leo. No evidence, just a feeling.

originally posted by: Antipathy17
I have a hunch that the shooter; who im not sure is wrong, will be found to be a leo. No evidence, just a feeling.

Well, if not, don't worry, they'll make sure to call him a white supremacist. That's the in-thing right now.

I don't have time right now, have to go to work, but I wish I could see more of how that whole thing started. All I saw was them bashing his car and him getting out with his pistol. I want to see if what they claim is true, or if they trapped him and this is a defense mechanism, so to speak.

If the video is on that page, sorry I didn't see it.

I'm not able to watch the video seeing I don't have a subscription for them.

I don't either and NEVER would.

I'm not subscribing to view.

If someone just reaches into the car in an attempt to do something criminal then he can legally be shot..

But if the driver had been hitting people with intent to harm then the pedestrian had every right to intervene.

im not subbed and have no problem. Added more for the complainers who cant seem to make it work.

RazorV66
+7 more
posted on Jun, 8 2020 @ 09:03 AM
link
F these assholes....self defense.
Here is a video showing the beginning, he is driving down the street with animals hanging on his car obviously trying to get away from them.
When they block his way, one animal tries to pull him out...bang!
Clear cut self defense.

originally posted by: AugustusMasonicus
a reply to: Antipathy17

Here is the whole clip

Hypntick
+5 more
posted on Jun, 8 2020 @ 09:05 AM
link
The reaction of the crowd in the video "Oh no!" yeah, oh no alright. You started to assault someone and they are able to defend themselves, oh no indeed.

Edit: And correct me if I'm wrong, but the gentleman in the video is not white, but I'm sure he's white enough.
edit on 6/8/20 by Hypntick because: Additional Reply

originally posted by: jhn7537
Here is the whole clip

It's not. There's already someone hanging on the car, this is the one I saw that's mid-incident.

Again I preface with, "I am not responding to argue".

Did you write your post after watching the videos, or after reading the article?

I am just trying to determine what helped you come to the view you shared.

Been looking around for about an hour and seen some contradicting ideas. Figured i'd bring it here and let you guys tell me how wrong I am =D .

Thank you for answering my question.


Shooter dude should go to jail. Only winged him.

Why is that too bad? Didn't the guy in the car do what he needed to without ending the mans life?