posted on Jun, 6 2020 @ 05:54 PM
link
I have been trying to spend less time plugged into social media. It has taken up too much of my time with less and less benefit. While I have dumped all the other sites, I have held on to ATS. I am working on avoiding posts that stimulate anger, hate, and insults. So I come to the ATS Entertainment and Sports Forums, hopefully, for a more amiable and social interaction.

Since March we have been having game night at my Brother's. We play Spades, Uno, Hearts, and Rummikub. I play with my Brother, Sister-In-Law, and my Mom. We would play once or twice a week for an hour or so. It was a fun and simple time filler. Then something happened. We started playing Rummikub more frequently than they other games, and we got pretty good at it. Now we play three to four times a week and the game has become serious.

A game that sat on the shelf of my closet for years, that I haven't played since the kids grew past the family game night, has become a serious game that takes math, luck, and more than a little strategy.

I am hoping to start a Rummikub club once social distancing is no longer an issue. Maybe one of us will make it to tournament level.

Interested if anyone plays the game seriously, and appreciative of any suggestions or tips.

I don't remember an of the game itself, but I used to play that game with my grandma many years ago.
Just seeing the word "rummikub" made me feel happy.

My nephew's wife called last week to say she had just got back from the store where she bought a Rummikub game because her son asked her to buy it. He told her he plays that game with his great grandmother, my Mom, when he goes to visit her.

She called to let my Mom know that he remembered the joy he had playing Rumminkub with his great grandma, and that she is now hooked on the game too.

I'm going to see if my mom still has this gem hidden in one of her closets!

If you can get a couple of friends to play with you, you might get them hooked.

There are several variations of play. Sabra is the most common. The variation played in Israel, from what I have been told, is a bit more brutal because you need 50 points for your initial meld, instead of 30.

It is truly a fun game.

This nostalgia is so intense that I can almost smell the home made goodies!

posted on Jun, 6 2020 @ 06:34 PM
link
I love Rummikub always wondered how to pronounce it but once you get about 5/8 of the way through all the tiles one person can just slammed down and go for it and run all the players and win the game once your 5/8 through one player just slammed them all out there and start stealing everybody else's tiles it's math ..... just pure math

Oh, it is pronounced Rummy Cube. 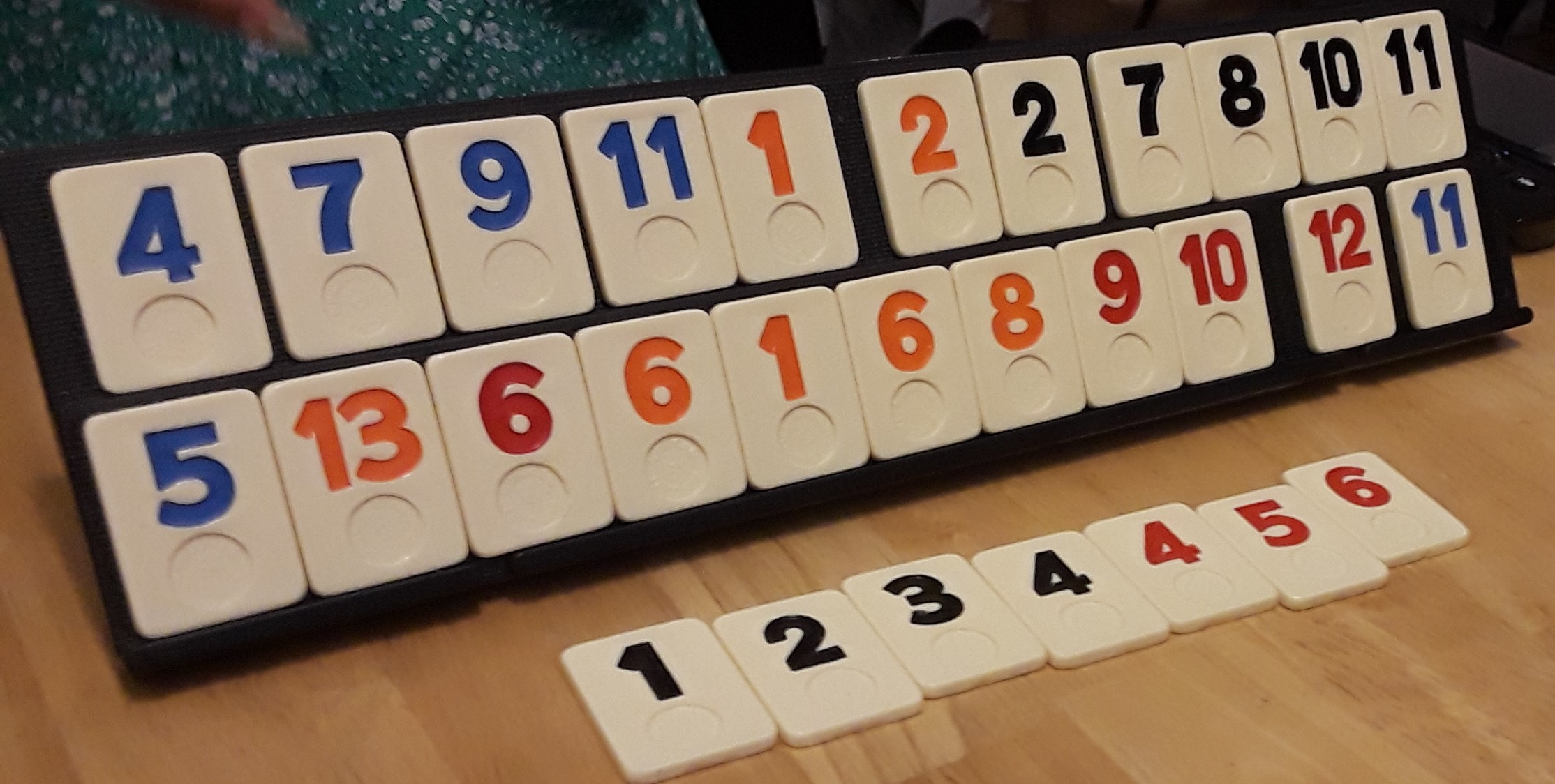 originally posted by: NightSkyeB4Dawn
a reply to: GBP/JPY

It is indeed the game of grandmas. My Mother plays a different variation with the little ones. She doesn't keep score. The game is over when the first person gets rid of all their tiles, or it is a draw when the last tile is collected and all the players still have tiles in their hands.

The older grandchildren like playing with her because she is not cut throat, like my Brother and his wife. They like playing with me because I love the strategy aspect of the game, and I like coming up with the most elaborate and challenging way of rearranging the board. It almost always comes with someone questioning my moves and attempting to duplicate them as the games progresses.

It is a fun game that helps children learn patterns, colors, sequencing, and strategy, and keeps the brains of old folk sharp.