Millennials will be remembered as the generation of change

The "CORONAKIDS" will be the change.

They have a new world waiting for them and a lot less laid on a plate by parents who treat them like princes and princesses.


It’s true that I hate everyone equally....but I don’t identify as gen x...

Apparently how I feel is more important that reality today.

I don't know. I'm an early Gen X-er ('67) and I raised 2 Millenials ('88 and "90) and have 2 more that I got when I re-married that are Gen-Z ('98 and '01). They are all very different and individual. There is no way I could even begin to try to paint them all with the same brush. I feel the same way about the others of their generations.

There are good and bad in each and every generation. I think it is sort of ingrained in us to resent the generations that came before and after our own. A disfunctional tradition that probably goes back to the caveman days. No one generation is any better or worse than the others as each has had to deal with circumstances unique to their own generations.

But sorry kiddos- your music sucks!

This is what millennial's will be remembered for. 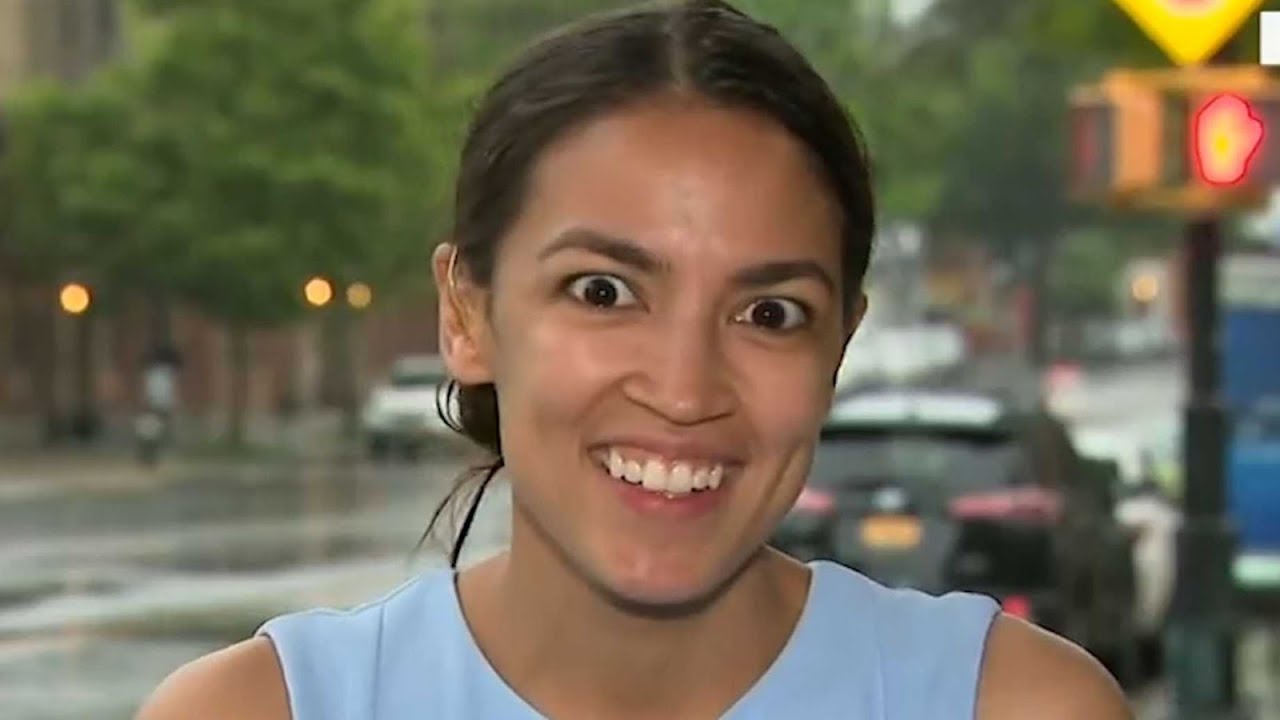 You don't know how much I agree with this.

I'm a Millennial, though I've never used that label and teach the generation coming up now and I promise you they are not all the shiny wonderful future is going to be great because of us, generation that you think they are. They are self entitled, fame hungry, angry, jealous, screen watching and childish than any generation that came before. I'm sorry to burst your bubble. They are not the bright future bringers you hope.

Bullying will always happen. It is a Darwinian fact. Sexism will always happen from BOTH SIDES. Sexual Abuse will happen and yes in my very school we had a number of teenagers reported for unwanted sexual contact. I have had a list a mile long of teens tell me their hope is to be youtube famous to which I asked "Oh really? What will you do in the videos?" and the answer is? Goose-egg, they shrug and say "Whatever". We are not going to suddenly change because people are rioting and looting in the street and claiming it is in the name of a Murder victim. Any message that could've come from George Floyd is being quickly eroding because (get ready I'm about to shock you all): FREE STUFF. That's right, free stuff.

Now the peaceful protesters are still fighting for the change, they are fighting in George Floyds name but the rioters and arsonists are not.

originally posted by: JAGStorm
I wrote an OP a good while back how I actually like Millennials.
Yes, I too, often made fun of them for being scared of doorbells and not wanting to touch raw meat.
The fact is, they have been a catalyst of change. Maybe their quirky ways just would not accept what has been accepted for so long.

I may not agree with all their stances, I believe things are changing for the better. I think we will go through unbelievable pains before those changes are realized.


They need to stop being *afraid* of commitment; simple things like buying a car or a home; getting married or having children. They for some reason distrust food, to either eat or prepare. Say 'no safe space' to one they will experience vapors.
edit on 6-6-2020 by vethumanbeing because: (no reason given)


originally posted by: Trueman
a reply to: JAGStorm

We have a different opinion about millennials.

Not hard workers.
Like to live with parents forever.
Can't cook at home, only order food.
Horrible fashion style.
Even more horrible music.

Only way out is raise kids old school before too late.


I’m a millennial. I joined the military at 18 years old. Served 10 years and got out to switch careers. Went to college while working full time and taking care of my two boys. I’ve only had a 1 month gap between employment in my entire adulthood. I’m will be 37 tomorrow, so don’t take those broad brushes to heart. Most of my friends are also millennials and work just as hard as me.


You're the exact age as the son that I lost to cancer. He was a lot like you. Thank you for serving and thank you for working hard for your family. It's what matters.

" Millennials will be remembered as the generation of change "

Yeah , a Generation of Kids Without a Clue to what Life is Really All About , and it's Not Playing Video Games and Mooching Off your Parents till you are Over 40 yrs Old ........

Two of my nieces come to family gatherings armed with their smart phones. They only communicate by text. No verbal interaction no eye contact. They seem like self realized (and Hollywood said so) Zombies. I have a smart phone, they don't have my information.
edit on 6-6-2020 by vethumanbeing because: (no reason given)

We poor gen x. Not remembered for anything

Don't worry we all remember you because of Limp Bizkit.

posted on Jun, 6 2020 @ 10:35 PM
link
Millennial here, this thread has shown me that despite being a supporter of the Constitution, capitalism, hard work, small business, enriching the community, and a myriad of other things I will just be remembered as being a lazy, leftist, entitled failure simply due to being born.

Thanks guys.
edit on 662020 by AutomateThis1 because: (no reason given)

Well , there are Exceptions to what I said . Glad to hear you are an Aware Person . Be Fruitful and Multiply !
edit on 6-6-2020 by Zanti Misfit because: (no reason given)

Kind of hard to do so when a large percentage of women only want simps nowadays, but here's to the future

Don't take it so personally, fellow M-inite (I like M-inite, I'm coining it) We can take an objective look at the portion of the generation group making all of us look bad in others' eyes (and our own) and shred stupidity as needed. Come on, not all of us are too uppity to do that

Haha, well the Russian women I have met were actually really nice to me. Unfortunately, if I were to seek marrying one I'd expect her and her family would want a very elaborate wedding that I probably wouldn't want to go in debt over.

At least that's what I've heard. It's funny a lot of my acquaintances have told me I should go through an agency to find a woman overseas. I grew up being told that it was everything from a scam, misogynist, and even "sex-trafficking."

So, when a Filipina friend of mine suggested it, I was surprised. I asked her wasn't that looked down upon?

She responded nope, that the only thing that was frowned upon is when white men go to the islands to exploit poor women for sexual purposes.

When, I had a Chinese friend of mine tell me I should do the same thing, I got the same answer.

I've had friends from all over the world give me the same answer.

Some of them even told me, my Russian friend for instance, that many young girls grow up dreaming of marrying an "American man."

Whew boy do I have news for them. Lol. The men here have enabled women to exploit their basest desires in exchange for money through Venmo, Cashapp, and the like. It's prostitution, no doubt, but it's all done in the name of womans' empowerment.

I wouldn't say this is the Millennials fault, but that due to the nature of social media, and the Zoomers(the ones younger than us that Baby Boomers, GenXrs, and for some inexplicable reason Millennials themselves call Millennials) growing up entirely immersed in it that they don't build relationships in person anymore. Almost every interaction they have with other humans is done through Instagram, TikTok, Likee, and YouTube.

They even call the exchange of nudes through text messaging and social media as sex. They actually call that sex.

So, many women, finding that even the simplest image of sending pictures of their feet will provide them with lots of money from men of all ages, do so.

This being said, it isn't true that this applies to all men or women. For every person I know that does behave in this manner I know many more that think it's absurd and stupid. I love working with younger people, because when I joke with them about that kind of culture they call it out and say it's completely ridiculous. Even when I bring up politics they respond in a manner that would infuriate many socialist loving lefties.

The left doesn't have as good of a grip on our youth as many people think they do. In fact, they are far more antagonistic towards the whole "left/right" BS. They don't like Democrats, and they don't like Republicans. They call BS on just about everything the media purports as true, and when I bring up various topics I have learned that many of them are financially conservative, and socially center of the road. When I bring up things such as sexuality/gender they say they don't care just don't throw it in their faces and what's done behind closed doors with consenting people should be private.

All in all it gives me hope that despite what is pushed online, on television, on radio, and in movies that the youth have avoided buying into all the BS.

Although I do live in Tennessee, and many people think we're all inbred hillbillies blasting Rocky Top out of our half jacked up 4x4s, shooting guns in the air, and hanging black effigies from trees.

Which is weird because most of that racist crap I actually see up in the north eastern states and those two weird states sitting over on the west coast, and their "blue" cities.

Are you a Millennial? I thought we were close in age, but you recently made a saggy tit comment that made me question it lmao.

And yeah I agree with your second post. If the older folks here think we Millennials are bad wait until the Zoomers start showing up here with their nonsense. I suspect some are already pretending to be adults here.