It starred John Wayne as a retired gunslinger who finds out he has "The cancer" and is dying.

For 2 months, (including a 2 week delay due to isolation due to Covid) I was suspected of having, "The cancer."

(It's that one scene that went through my mind where Jimmy Stewart says to John Wayne, "John, you have the cancer."

Last week they removed some tumors. Some below the skin, some above. I was covered in bandages and showering has been a bitch!

Just got the results today after blood tests, biopsies and the such.

I briefly mentioned it once in another post and another member was kind enough to ask, but I decided that I didn't want to share this "at large" with the ATS community.

If I was dying, then that was a trip I was taking all by myself.

But it looks like I'm good, which is real bad new for some because you'll have to put up with my crap for just a while longer.

So I'm sharing the good news.

You're the type of guy that doesn't get cancer you give others cancer...

Great news! I just took a shot of whiskey in celebration!

Damn bro, that must have been nerve racking for the last couple weeks.

Great news! You must be relieved!

You and your crap can be enjoyable to be around!.. 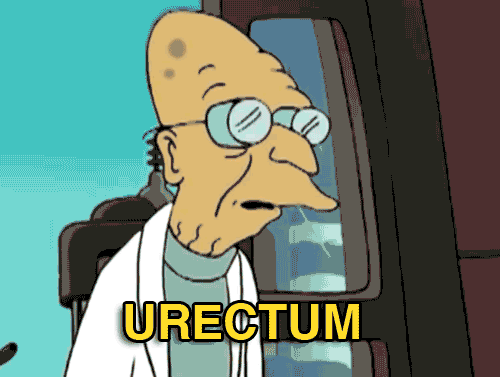 I'm happy to hear this. I didn't know you were going through this. My apologies...😑

you'll have to put up with my crap for just a while longer.

I'm happy for you, you're family, and sorry for Gunther...

This is good news🤗.

I appreciate your kind words.

I am happy for you and your family!

originally posted by: DBCowboy
showering has been a bitch!

Since when do you shower!?

Congrats on the non cancer!

(but she's somewhat happy. I did see her cry as she put away the life insurance papers)

Just wanted to add that I hope your sense of humour remains slightly sick.
edit on 362020 by Tulpa because: (no reason given)

I'm glad to hear it!

DBCowboy - This is fantastic news. And, I would hope if you were dying that you would share your last days with us and allow us to know. That type of journey should never be endured alone, no matter how brave one walks towards it. I would miss you so much, even if I've never say "boo" to you personally before. So happy for you!
edit on 3-6-2020 by hiddeninsite because: (no reason given)

Double check your car brakes and get someone taste your food before eat it.

Great news! Glad to hear that you're ok..


My most sincere condolences.