but i'm thinking that this time just like then it's going to take Trump invoking the insurrection act and deploy the military, the guard just ain't gonna cut it by themselves.


I hope, for you guys sake, that does not happen, it's a hard door to close once open, like the PA, or TSA

I hope, for you guys sake, that does not happen, it's a hard door to close once open, like the PA, or TSA.

so far nothing but a small peaceful assemblies in my area. no more than a few hundred people showing up.
in the the four county panhandle, the rural areas are more densely packed compared to the cities, lots of big back yards with targets set up in them, and big dogs.

as far as open and closing the door, the U.S. has been under the same form of government longer than any nation, some want to say Britain has but their has changed several times the way i understand it and they don't have a written constitution. don't really keep up with other countries businesses/government unless it's something that really interests me or affects the U.S..

not going to get into the tsa and other stuff
The U.S. has been tried and tested, and is still here. "This too shall pass", and we'll be stronger for it.
edit on 2-6-2020 by hounddoghowlie because: (no reason given)

missed a post, i agree. you couldn't beat me to live within any city limits. sad part is it's seems to moving out to the boonies now.

there is a road that i take regularly to and from jobs and other places. been taking for nearly 40 years. when i started taking it there was only like two houses on it. as time has gone on people have been moving in, not real bad big yards and plenty of space between the homes.

about six months ago some developer bought about maybe 5 acres or just a tad bit more, last count i did there were already 15 houses built, average front and back yards but, i would dare say there is no more than 10 feet between them. they put up privacy fences, but over half are 2 story homes. i can't imagine living like that.

another thing our county for the longest time only had one sheriffs office with the county jail in it, part of the same building as the court house. now there are 5 sub stations.

i'm hoping that the people that own the land on what i call our block, which is something like a mile wide and a mile and a half long don't start selling theirs, only 18 houses, and most of them are families whose kids built homes on.

i'm to old to buy a new home and move.

originally posted by: hounddoghowlie
a reply to: Zanti Misfit

wife and kids first, then me.

wrong order, kids wife then me. when they are safe then i worry about me.

dog and cats are our kids to. sometimes we foster to many stray feline kids though.
can't stand to see a animal going hungry or a place to sleep/

But it's just what you are being shown, my IG has positive actions all day, protesters protecting a lone cop in one, protesters bringing cases of water, to a squad of riot cops, telling them.."I don't hate you" lots others..damn, this makes me want to cry.

The Second Amendment, was never about hunting.
No matter how much those who would have a disarmed populace want the ignorant masses believe that.

The second amendment isn’t about hunting.
It’s more about defending Life, liberty and the pursuit of happiness.. From those who wish to take it away. 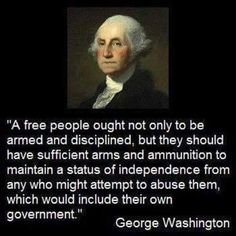 didn't you see the words some these protestors and terrorist?

there are folks that are conducting themselves in a very decent manner. as i have posted i don't know how many times, i have no problem with them peacefully protesting and speaking their mind. it's the other, i'm gonna say 20 maybe even 25% that i have a problem with.

i say 20 to 25% because,for the amount of damage being done around the country, and i'm willing to bet for everyone that gets caught 5 are getting away.

i know that's some of that new funky math,

If only every looter got this treatment.

the terrorism would stop pretty quick.


Well then , of Course the Family comes first unless you happened to be Divorced and paying a Truck Load of Alimony to the Old Lady and your Once Loving Ungrateful Kids who Somehow Now Hate You going into their Teenage Years . In that Case , it's Every Man for Himself Time Bro .................)

If they can find out who his buddies are they'll be charged with felony murder. In Pa, that's law. But Philly has a complete ass for a DA so who knows.


How could anyone wonder why i hold urban life in general contempt?

I certainly don't wonder. 'cause I'm right there with you.

In Grand Theft Auto its guaranteed death. Your better fighing off the national guard from the rooftop of the PD.

posted on Jun, 4 2020 @ 03:55 PM
link
Democrats get more upset at people who want to protect their property then their doing the rioting.

Especially democratic women. Many applaud the rioters and clap when a church ot business burns.

They hate everything about Americas and want to change them