The terrific tale of the thylacine

posted on Jun, 2 2020 @ 10:10 AM
link
Good day fellow chupacabra chasers, Sasquatch stalkers, and loch ness lurkers, i'm gonna tell you a story about a crptid that most definitely existed and according to some accounts may still exist.

The thylacine is otherwise known as the tasmainan tiger, and if you're not from australia you know what to expect. park dog, part cat part kangaroo-the last being the most interesting because it had a pouch. Now while it was witnesses by explorers, but it was the british colonists that lead to it's demise. when they arrived, they brought live livestock such as chicken and sheep. The tassie tiger proved a nuisance by stealing their livestock and hunted them down, slowly but surely the creatures numbers dwindled and the the last known footage taken of the last known thylacine died in a zoo in 1933, as seen below: 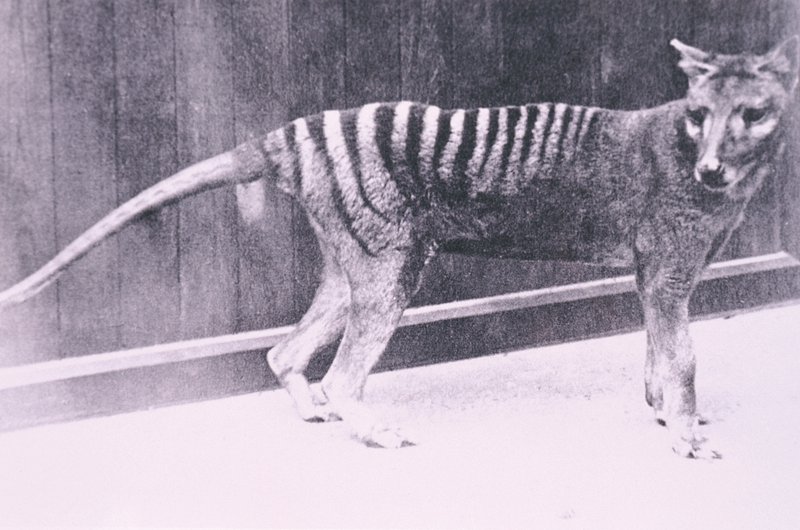 shorty after that, the species was declared extinct. But is it truly extinct? there are many people who have forth and shared their stories


In 2005, two German tourists to Tasmania, Klaus Emmerichs and Birgit Jansen claimed to have taken pictures of a live Tasmanian tiger.

In November 2017, three investigators including Adrian Richardson, who has been hunting for the Thylacine for 26 years, captured video of what they claim is a Tasmanian tiger in Hobart. "I don't think it's a Thylacine ... I know it's a Thylacine," Richardson said.

In June 2018, a Sydney man shared home surveillance footage of a creature he believed to be a Tasmanian tiger.

A Victoria farmer, Peter Groves, made the news after allegedly spotting a Thylacine while walking near Clifton Springs on January 4, 2019. Groves managed to pull out his mobile phone and snap a picture of the creature which he then uploaded to social media.

now those relatively recent sightings, but that didn't stop hundreds of reports dating back decades. So if we take away misidentifcation, and no david icke they are not shapeshifting reptilians, maybe just one account could be true, take the Coelacanth for instance; it was supposed to be extinct for millions of years but it was found still swimming, not to mention the other creatures.

Umm.. why ?
Humans drove this animal to extinction.. and you hope it stays that way ?

Theres a lot of evidence, slowly emerging, that they have very possibly survived extinction. More and more reports are becoming apparent, a good search on the interwebs will throw up some very convincing photographs, calls and other sounds.

Rightly so, those who have a taz tiger experience become a little protective about it, so as not to attract people who would love to shoot one just to prove they are still here, let them be...... I say.

posted on Jun, 2 2020 @ 11:28 AM
link
Thank you for posting this. I have always been fascinated with this animal. I really hope that it somehow survived. I know it still isn't likely, although you are starting to hear some pretty good stories about it possibly surviving.

posted on Jun, 2 2020 @ 12:17 PM
link
i believe some survived.. too many sighting to dismiss. Though this video is interesting, you cant see any stripes on it. But it does have the long tale and body .
www.singularfortean.com...

I believe they are still around. Scientists don't always get it right when they officially declare an animal extinct.

originally posted by: Thecakeisalie
They may still exist, they may not, i'm hoping for the former.


originally posted by: Spacespider
Umm.. why ?
Humans drove this animal to extinction.. and you hope it stays that way ?

posted on Jun, 2 2020 @ 12:54 PM
link
The more interesting aspect of the thylacine to me is the convergent evolution aspect. A marsupial built more like a jackal or a cat....

Could convergent evolution be a law related to the material our DNA is constructed from? There are only so many configurations of biology that are viable...convergent evolution is less marvelous and more just an extension of the rules that biology builds from.

With that said...what does that say for alien life? Would there be other forms/shapes possible with non carbon based DNA? Could we expect the humanoid form to hold up across the universe among carbon based life?

Back to the thylacine..it would be beyond fantastic to know that they are not extinct. That being said, once we confirm that we can also be certain that they will then be in greater danger than they were without humans knowing of them still existing.

posted on Jun, 2 2020 @ 11:39 PM
link
There's still a lot of wilderness in Tasmania, plenty of remote places for little critters to hide.

posted on Jun, 3 2020 @ 04:24 AM
link
a reply to: Thecakeisalie
Always good to see a thylacine thread . Just my thoughts but animals do learn to avoid us and a Tassie tiger has more hiding spots than wheres Wally . Below is a map of Tassie , lots of national park there . 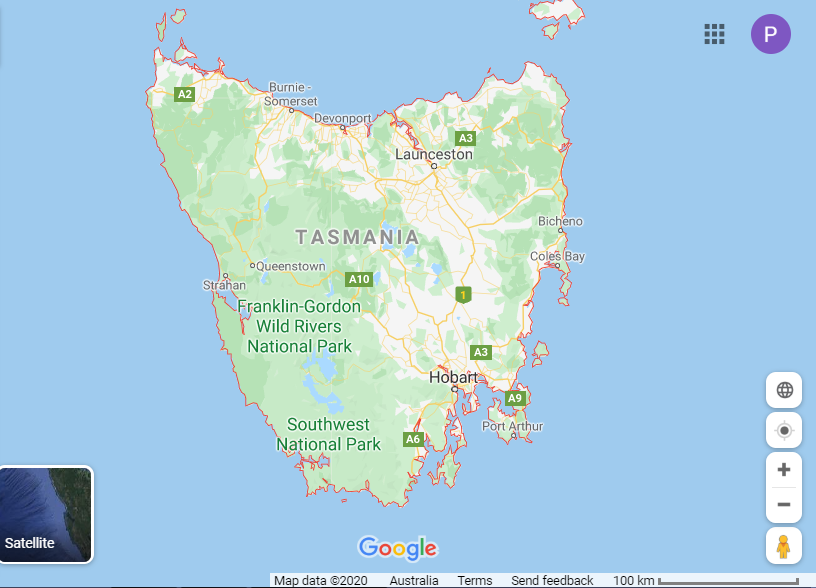 Yes, lots of secluded wild areas here in Tas but numerous searches over decades have failed to find them or even evidence of them based on their documented habits, scat samples and tracks from early last century etc. Lots of motion activated trail cams over the years have recorded just about everything but the Tassie Tiger eg. the Devil in my avatar which its closest cousin.

If they're actually out there their best hope for survival is to remain hidden.
edit on 3/6/2020 by Pilgrum because: typo

posted on Jun, 3 2020 @ 05:00 AM
link
a reply to: Pilgrum
One can only hope i suppose . I can say this , if someone does come up with definitive proof they still exist i hope they keep the details hidden , as in where they were found etc . Would i tell the world if i had that proof , no , unless i couldnt hide all the details .

originally posted by: hutch622
a reply to: Thecakeisalie
Always good to see a thylacine thread . Just my thoughts but animals do learn to avoid us and a Tassie tiger has more hiding spots than wheres Wally . Below is a map of Tassie , lots of national park there .

posted on Jun, 3 2020 @ 12:44 PM
link
There is, somewhere, a documentary where the presenter (cant think of who .... now) goes looking for the thylacine after a rash of reports.

After a bit of investigation and I'm sure a promise not to reveal the exact location, he ends up talking to someone who presents a very convincing photo and audio of said thylacine. They are accepted as being alive and well by the locals there and the locals are protective of that knowledge.

I believe they're still around, very scattered and in extremely small numbers but groundbreaking evidence of their survival is probably and hopefully not far away.