MAVEN Orbiter - First Map of the Electric Currents Around Mars

Despite both being rocky and terrestrial planets, Mars and Earth’s magnetic fields are poles apart. Whilst the flow of conducting molten iron in Earth’s core gives rise to electric currents that in turn generate the global magnetic field around our planet, Mars does not have the same ability to produce such a field on its own. Instead, induced electric currents in the Martian ionosphere generate the planet’s magnetosphere.

New data gathered by NASA’s Mars Atmosphere and Volatile Evolution (MAVEN) spacecraft has enabled scientists to map this system of electric currents around the planet for the first time. Not only does this highlight the differences between the systems of Earth and Mars, but it can also explain how charged particles escape to space from the Martian atmosphere.

“These currents play a fundamental role in the atmospheric loss that transformed Mars from a world that could have supported life into an inhospitable desert,” Robin Ramstad, experimental physicist of the University of Colorado, explained in a statement. “We are now currently working on using the currents to determine the precise amount of energy that is drawn from the solar wind and powers atmospheric escape.” 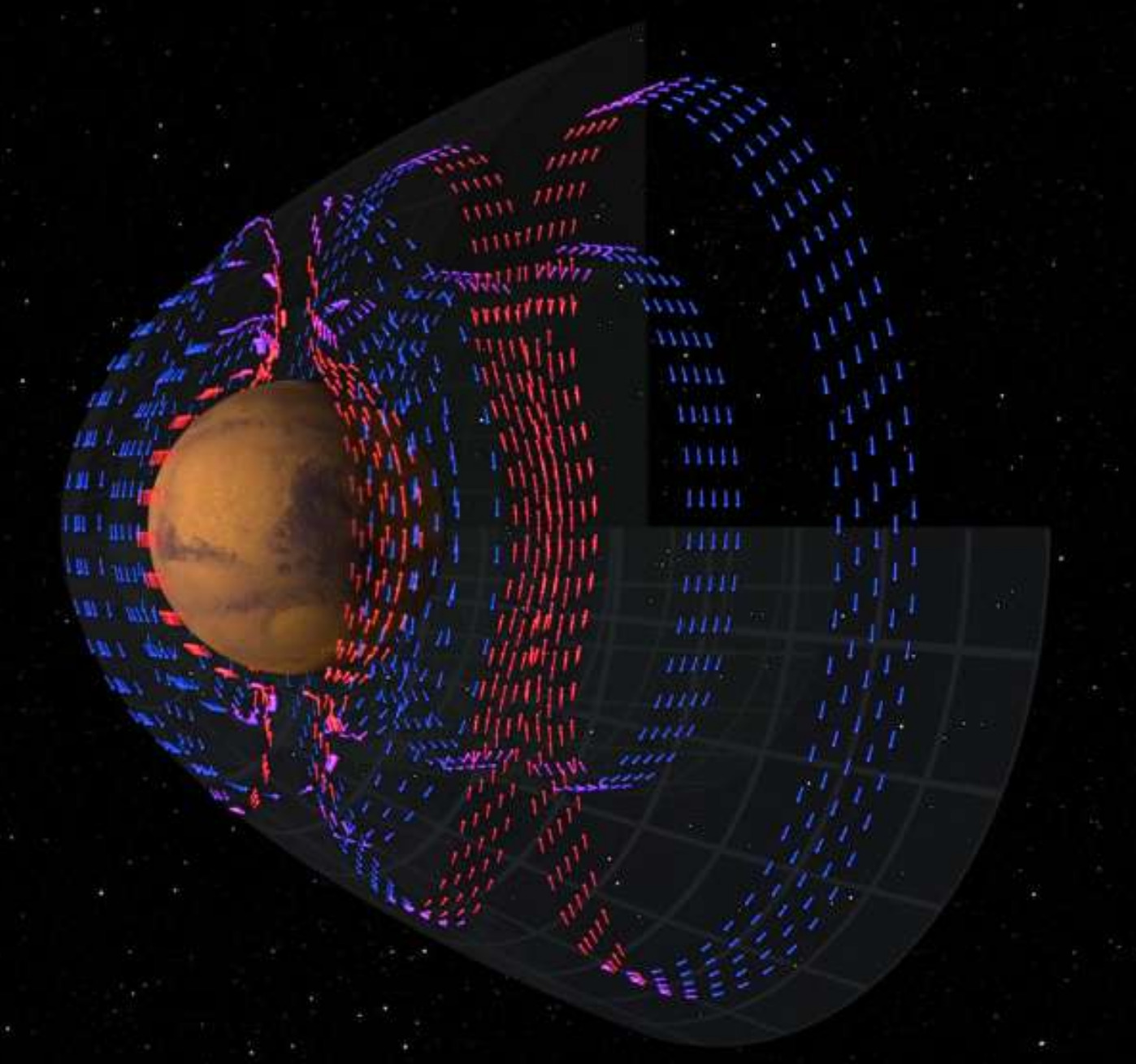 MAVEN has been quietly orbiting Mars since 2014. Just an orbiter, so she doesn't get much press.

For years MAVEN has been collecting data from Mars. Now, five years of data has been used to produce a detailed map that shows the electrical currents that mold the magnetic fields of Mars.

This information will shed more light on what happened to the atmosphere of Mars. This data might also help future manned missions find a location on Mars, that may have some amount of protection from radiation.

edit on 1-6-2020 by LookingAtMars because: forgot link