I was just talking to my dad about this and flipped on CNN to see what they were saying and the banner said "1 in 7 protesters not from NYC, have encrypted comms"

The only way CNN would publicly admit this is to try and lay the blame on Trump bussing people in when in reality it's the same people who always do it, George Soros funded far left groups..

We're back in Clown World.

I feel we need a Pepe meme.


originally posted by: ketsuko
They just don't want to own that their own ideology gave birth to this. 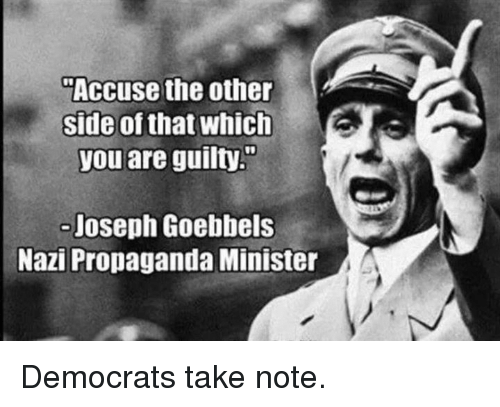 
Yeah, the left try to use this meme but it never quite fits.

The left paying for the domestic terrorist's bail is all the evidence you need that they are comrades.

posted on Jun, 1 2020 @ 03:43 PM
link
My theory is that it is anyone who wants to muddy the protests and create mayhem.
Antifa maybe
White supremacy supporters maybe.
General independent lovers of mayhem.

posted on Jun, 1 2020 @ 03:43 PM
link
Then you have the group of about 40 standing out in front of a Target to protect it, told the police we are with you. As the news group was in front of them reporting they were chanting "4 more years" and "USA, USA, USA" They could only be ANTIFA...

posted on Jun, 1 2020 @ 03:47 PM
link
Democrat pieces of garbage looting and destroying their own towns. Even killing their own in a few recorded cases.

My theory is the vast majorly care little and are seizing a moment to get stuff, and cause mayhem after being locked up for a few month with all schools closed.

I also believe the initial instigators could easily be anarchist doing their thing in seizing the moment. Its a shame though as both groups redirect from the real protesters while making everyone look bad.

We know most come from out of state, right? Which could be the tell-tale sign that they have an agenda and are organized/funded to a degree.

Isis or Al-Qaeda did state a few years back many times they were going to destroy America and it's citizens. But how??? A foothold or power [bank rolling eachother] in the democratic party?

There could be an infiltration of Chinese operatives getting huge paydays as well... to simply escalate the ordeal. They were simply waiting for another police brutality case.... while the world watches the U.S. crumble to shambles.

Once everyone realized the U.S. is on the brink of a Civil war... everything got expedited. Our oppositions saw blood in the water and whooped out their coup d' etat playbook. Our economy has gone down the poop chute. The pandemic numbers are still running.... China has been marching on foreign soil.

The last time our economy dropped this much WW2 became inevitable because war is money. They focus all their energy on military artilery and equipment. Economy go BOOM to the stars.

Also... people cannot fight the U.S. by themself. It must be divided to have a chance at conquering us. O_O

Is Rome burning down as we speak?
edit on 1-6-2020 by MikhailBakunin because: (no reason given)


Ok so lets look at your article.

An antifa activist group disseminated a message in a Telegram channel on Saturday that encouraged people to consider Minnesota National Guard troops “easy targets,” two Defense Department officials said. The message encouraged activists to steal “kit,” meaning the weapons and body armor used by the soldiers. The officials were not authorized to discuss the matter publicly and spoke on condition of anonymity.

So this acknowledges antifa was trying to attack. Though as its only anonymous officals, Ill not take it at face value.

Just pointing out even this article says that

Now on to the right wingers.

Others have seen evidence of right-wing extremists. J.J. MacNab, a fellow at George Washington University’s Program on Extremism, has been monitoring chatter about the protests among anti-government extremists on social media platforms. She has access to dozens of private Facebook groups for followers of the loosely organized “Boogaloo” movement, which uses an ’80s movie sequel as a code word for a second civil war.

She seems to be quite the trump hater. Oh and here is her retweeting jokes about Target getting looted.

So Im sure shes not biased at all.


But lets see her evidence

She also has been poring over images from the weekend protests and spotted some “boogaloo bois” in the crowds, carrying high-powered rifles and wearing tactical gear.

“They want to co-opt them in order to start their war. They see themselves as being on the side of protesters and that the protesters themselves are useful in causing anarchy,” MacNab said.

She spotted "some". Out of tens of thousands of protetsors, how many did she spot? Apparently they wear hawaiian shirts, so maybe she thought anyone with that shirt was one.

Like this journalist who thought he caught a right wing guy, only to find out he was an aspring emt who was their to protest for justice for floyd.

And then she claims on twitter not all people in this movement e=ven like trump, younger ones hate him.

So she saw "some" people i guess in hawaiian shirts, assumes they are boogalo right wingers, but doesnt specify if they are the ones that hate trump or not.

Oh and they all had rifles, but no evidence of any of them using them in any way, or rioting in any way.


Some real strong evidence there.

But theres more, from the article

OMG tens of thousands protesting with countless rioting, and she saw 4 proud boys!

Any claims they were rioting? Nope. I would guess seeing as how they hate antifa and supoort trump usually, they may have been trying to protect businesses from rioting.

I have not even heard antifa make the claim that proudboys were rioting or fighting with them.

And there you have it, the lefts evidence the right wing is doing the riots,.

4 proud boys and some guys in hawaiian shirts burnt down all of those cities!

originally posted by: jjkenobi
Democrat pieces of garbage looting and destroying their own towns. Even killing their own in a few recorded cases.

Portland rioters/looters are about 80% white young males and just as many females, but all are laughing having a marry time in their adventures. If you asked them what are their thoughts about George Floyd they might even say...George who? Don't get me wrong the blacks doing the same thing are acting the same way.

Shooting hasn't started yet, and they don't have the sympathies of a vast majority of the US whatever the press may make them think.

They work those crowds out into the wrong areas of town and there are lots of guns and ammo waiting to defend homes and families. That's when things really go down.

I'm not going to say that its impossible that there are a few white supremacists in there stirring the pot, but I think its pretty obvious that most of them are leftist agitators and anarchists that are responsible for this.

Good work proving your earlier assertions with overwhelming evidence, BTW, though I knew you were right and that there was no shortage of it.

Im not dumb, I know eventually some right wing extremist will take the media dog whistle.

The media is practically telling white supremacists "Please one of you do something! You can help burn minority communities burn down!"

And eventually, some disgusting racist will.

"SEEEE!!! we told you all of these riots were the right wing trump supporters"

As if this one person (or few) has forced the hand of the thousands of rioters we have seen.

The media and dems pushed the left wing rioters, and now they want to push an extreme right wing response

Because they're trying to make the White House White again!

Waiting for y'all to admit that your party is chock full of violent dweebs and responsible for these riots and the looting is like waiting for blood to drip out of a turnip.

Most likely they feel much safer with a city burning down around them and cars on fire etc etc
This is what our educational system has done to our youth. OMG, these people are not going to stand by and watch their property be destroyed and they got guns. REEEEEcists.