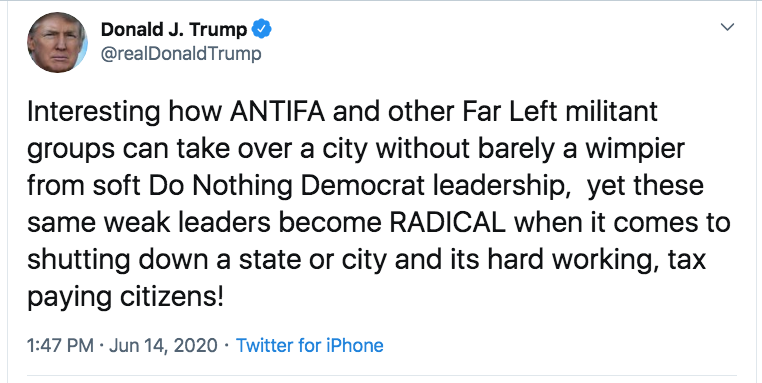 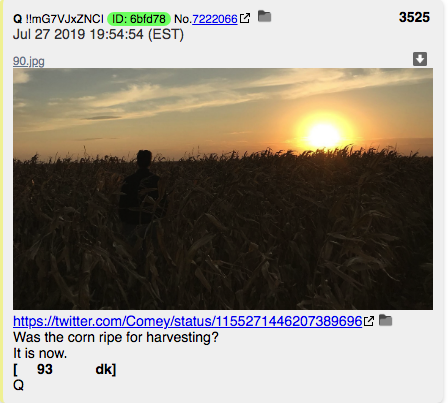 Why is the 93 DK line formatted like that, and what does it mean?

Rise up = get off your knees.

Not hard to read the symbolism given the context of the week.


I pointed this out before, but my personal belief is that what we are currently seeing is a revolt between descendants of the Merchant Classes and of those from the Charlemagne Bloodlines. Even within those groups there seems to be some kind of disagreements. For instance the descendants of the Merchant Classes have some that believe in the Synarchist point of view, and another group that has bought into the Trotskyist point of view.

AS for the Charlemagne descendants, I'm at a loss. It does figure into all the DNA testing companies out there, but to what extent I have no idea. It would seem that one side is better at secrets than the other, and I don't know which side is better. What I have figured out (at least to my satisfaction) is that most of us here are nothing more then peasants in the fields. To those who don't understand the reference, I encourage you to go learn about how early middle ages knights and lordships would treat the average peasant.

CAN ANYONE RECALL THE PICTURE OF PELOSI HOLDING A BIBLE STRANGELY - IT WAS RECENT YET I CANNOT FIND SUCH,,,K,, FOR THEIR IS AN FULL ANSWER ,,,,,,,,,,,,,,WILL SHOW SUCH IF PICTURE APPEARS AGIAN.#
#


Im still way back catching up, but if it hasn't been posted yet, here you go. I was the one that posted it because I was curious about her "hold" also. 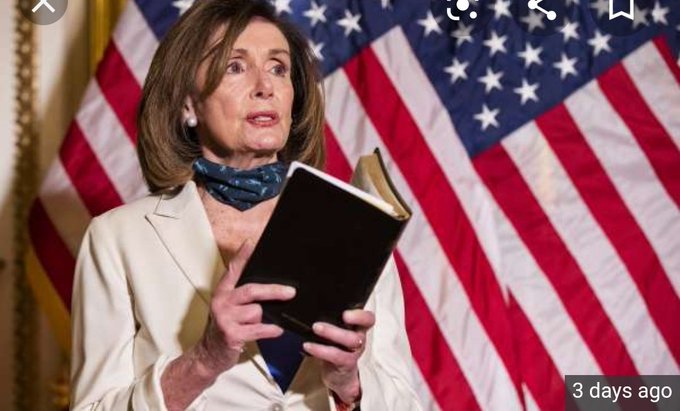 If this shoe were on the other foot, the mainstream media would be analyzing each name on the list, and speculating what crime each official has likely committed.
edit on 6/14/2020 by carewemust because: (no reason given) 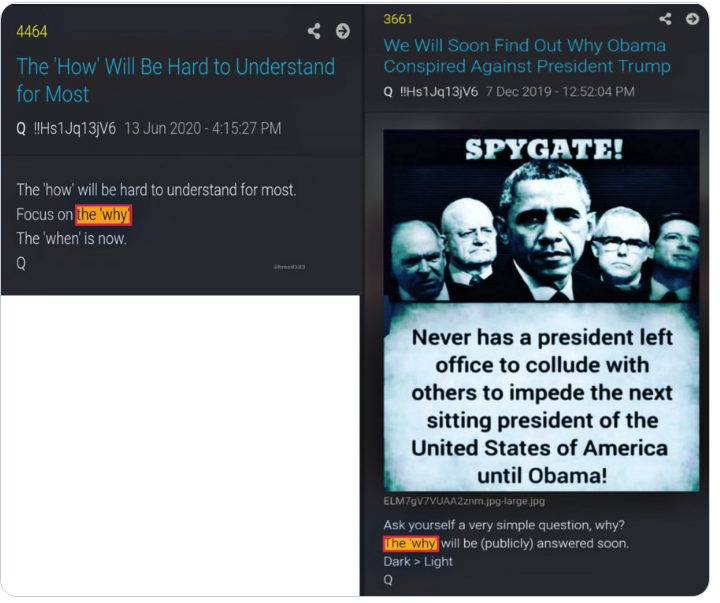 This should be obvious. Anons have a vague understanding of the "how" which relies on China owning the Legislative Branch & media, and Iran/MB owning the Executive Branch and Intelligence Agencies. It involves Ukraine, DNC, Shadow Presidency, FBI Rank and File and some guy named Kevin Clinesmith etc...

The Why is easier for folks to digest. Q is hinting that red pilling should shift away from the details and focus on the reasons. Details are too much at this point even for Anons.

If this shoe were on the other foot, the mainstream media would be analyzing each name on the list, and speculating what crime each official has likely committed.

Big names won't matter, look for the smaller fish and the cogs. These are "reviews" which amount to nothing much, what this indicates to me is that Durham's work is set in stone at this point.

I wonder what the impact on the election would be of POTUS/Q not getting at least one major scalp on the points board before November?

- getting or not getting scalps won’t move the vote needle IMO. POTUS can only let DOJ/Senate do their jobs.

- Trump has delivered on many promises, more than a normal first term, and that’s under duress the entire time.

- media “narratives” fail miserably when “fake news” has been proven true and not just a cute phrase.

- getting a lot of scalps before Nov would be portrayed as “political”. Especially since Barr is under as much attack as POTUS.

Win the election. Keep the Senate. Try to flip the House. Get the Trump agenda done. Mass scalps in term 2 cannot be painted as political. There may even be one less Liberal SCOTUS along the way.

Arrests. Tertiary concerns. Arrest everyone but not realize the primary goals.... net loss. 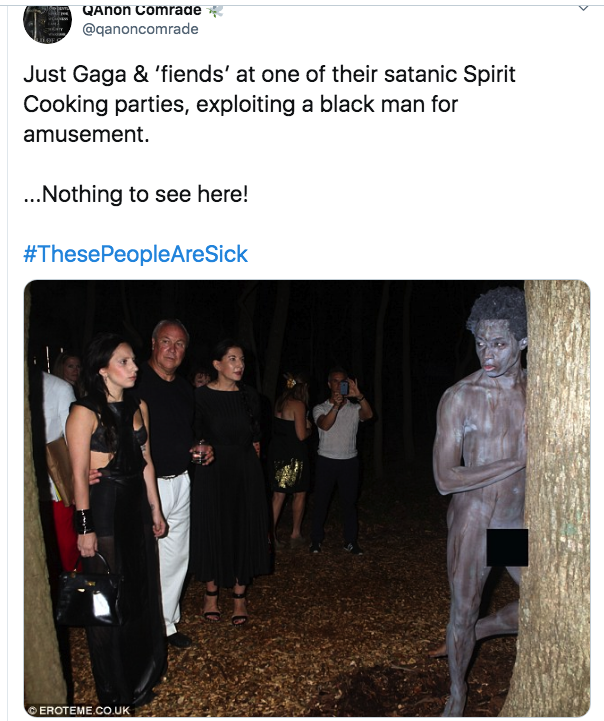 Ryan Singleton ^^^ dies in a strange manner, not necessarily related to above pic.

A model from Atlanta takes a trip to L.A. While driving back to Las Vegas, his rental car breaks down in Death Valley. Highway patrol spots him and brings him to a gas station. While waiting for his friend, he vanishes.

Seventy-four days later, Singleton's body was found about two miles from the gas station. His organs were missing.

Guess who's the dominating figure in that mix...

I shouldn't leave that hanging.

I'm not one for the birthday thing, but in case this happens to be one of the days you scan the thread...


The twilight language explores hidden meanings and synchromystic connections via onomatology (study of names) and toponymy (study of place names). This blog further investigates "name games" and "number coincidences" found in news and history. Examinations are also found in my book The Copycat Effect (NY: Simon and Schuster, 2004).

Interesting blog post on Trump's upcoming rally in Tulsa and a few other posts for month of June. If you're into Ufology see the post Ufology Deaths on June 24.

Granted, Austin is, indeed, fairly smart - perhaps, a little too smart for his own good. I wonder how his court case is going. I highly doubt he's a match for the real Q, however, whoever that is.

Austin aside, either Trump is part of the power establishment - the Deep State - or, he had no idea what he was in for when he decided to drain it. I think he even admitted to the latter publicly; although, that also could be a ruse. Who the hell knows at this point?

Now, I need to dig into CherokeeTroy's post: 'Sun Gods Zodiac Biblical Allegory Meditation Emerald Tablets'. It's a doozy by the looks of it. And, I will reply to her. (CT is female, right? Correct me if I'm wrong. It's so hard to tell on these social media avenues.)

Meh, I could care less what the UK thinks about this.

Every other country is PO'd that we are bringing our national finances to heel and won't be the bottomless piggy bank for the rest of the planet anymore.

Suck it up, fellas. It's only going to get slimmer out there. 😁

What does this have to do with the ICC? Not only are the finances drying up, we're not going to let you abuse our troops anymore including via your corrupt international court.

The ICC like the UN has criminal elements that can't be fleshed out if everyone bends over backwards to let them get away with their crimes as they apparently have been doing for decades.

I don't want to hear, were is your proof? We have been living it for decades in Haiti in the America's for one. Every Continent and most Islands have had a bad episode of UN "help". Fathering children with the victims. Often for food and favors they are there to hand out during the crisis is simply unconscionable to do to the victims. Whatever they have done with the children that we have uncovered such as adrenochrome harvesting and organ harvesting is just plain evil. We need the Wiener laptop information to see if Haitians children were the victims as I suspect.

It boils down to two things.

1. We will not subsidize a corrupt institution.

2. We will protect our national sovereignty.

Frankly, the UK voted for Brexit. They should very well understand our position with respect to the ICC.

We should take a poll.

Who's head would you most like to see on a pike (figuratively speaking, of course) before the November election?

posted on Jun, 14 2020 @ 06:09 PM
link
No Q or any other person on the internet is going to get us to rise against our nation. But Antifa will get me to rise up FOR our Nation to help end their tyrannical soy boy quests for dominance. Q is merely going to get us to wake up and that is it.

We have to decide to go back to the Matrix and enjoy life as we believe we want it or stay red pilled. I have had it good, I have had it bad. I can live either way but prefer to have it good and understand I have to suffer in some way when it isn't good.

If staying informed and sharing the data is a crime in the present, then I am their man. If they get to come for us freedom lovers, I will take it like a man and look for God to sort it out later because I have learned there is evil in the world and therefore there has to be a God. There is no light without the dark. We can't understand things without something to contrast the difference. Good is hard to find in most of the DS but pure evil is not.

Yes, it does remind me of that.

But Q notes the following,


History has taught us that People Will Rise...against the Rulers.
From Pharaohs to Kings to Elected Officials.

I have to wonder if Q is advocating an uprising against TPTB. That doesn't sit well with me; we don't really know who Q is, or whether Q really is MI connected to POTUS as Q claims. I'm more inclined to say that's disinformation, too. How do we know what's information and disinformation? What if Q is some genius-idiot savant sitting in his mother's basement, or some sort of Deep State, Leftist, Democrat Party *controlled opposition* operation?

People do rise up against their rulers from time to time, that's true. Duh. We all know that. We don't need Q to give us another history lesson.

Are the rulers people rise up against not also human? Flesh and blood?

Yet, Q points to the bible where it says the struggle isn't against flesh and blood but against the rulers, etc.

Do you see how Q contradicted himself there?

Too bad Q doesn't seem to provide much of it, eh?