As you would expect, the keynote speakers are getting their Jabs in at president Trump. Fox CNN and MSNBC are carrying this final funeral live.


What happened in the country of Turkey today is what I would like to see happen in the United States very soon.


You and I are going to have a competition, "who has it worse?"

It's a madhouse. The inmates running the asylum.

posted on Jun, 9 2020 @ 02:33 PM
link
Ice Cube's motives seem ambiguous to me. He might possibly be just beginning to wake up or he could be attempting to create confusion
Alice
Saturn

I'm not one to assume anything, but I'll certainly follow a narrative until it takes me elsewhere...... and at the moment, who knows where this will end up.

If your trail of thought is to be followed exactly then all officers, in theory, should be released uncharged as george had covid-19. That overwrites any other cause of death...... doesn't it?

We heard only recently, that a family in the US had to fight to get the death certificate changed when a member of the family died of a car lift collapsing on him in his own garage...... but because he was covid positive, it was that what was deemed as killing him ...... not the weight of a car on his head.

So grabing some stills from the video, that Eagle on his chest is there, but to my eyes, damned if it doesn't look like its been carved off of his chest. It could be a camera trick, filtering, motion blurr, or something else, but well, look for yourself. 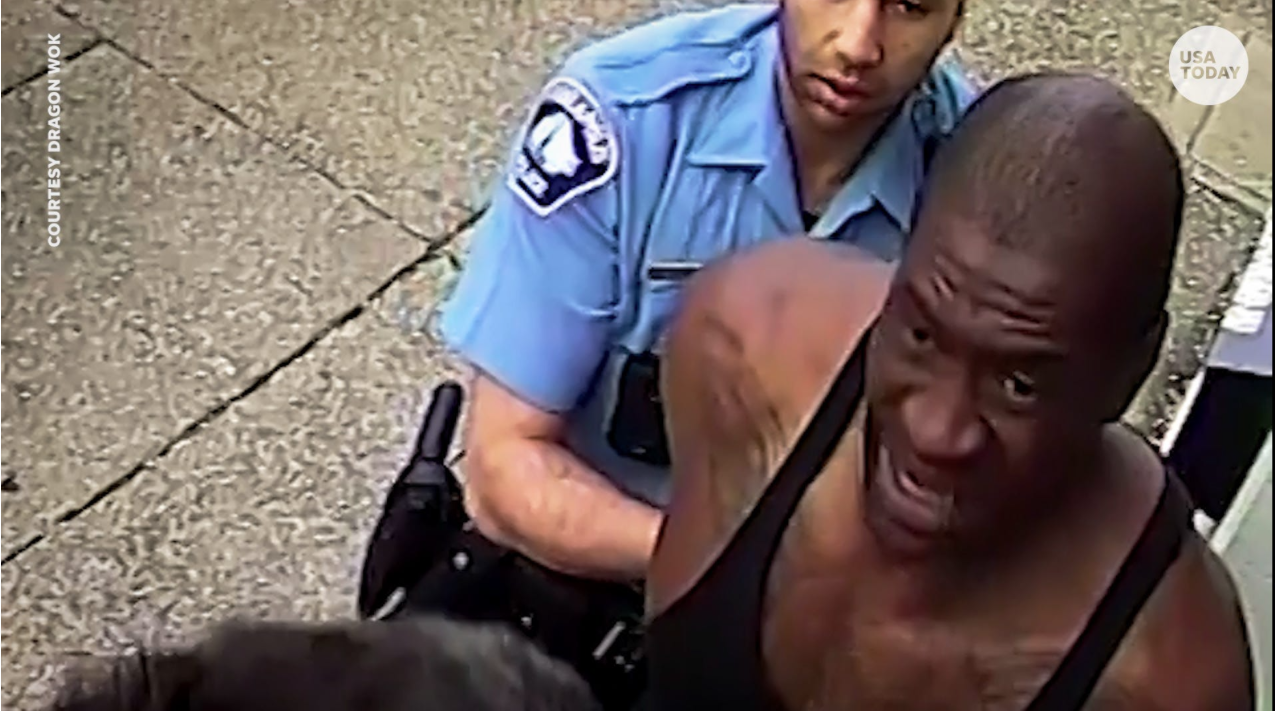 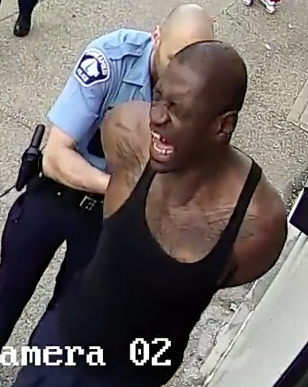 Oh, and then this last one from the same camera... 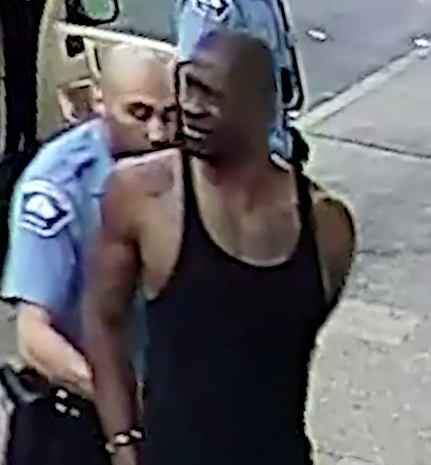 You would tink with that last one, with him pretty much motionless that syou would see something. Maybe this was a staged event gone wrong. It seriously looks like there is some sort of fake skin covering up the tattoo. I dunno.

Chauvin-(n.) One of those veterans of the first French empire who, after the fall of Napoleon, professed the most unbounded admiration of his person and his acts; hence, any one possessed by an absurdly exaggerated patriotism or military enthusiasm, or by passionate and unreasonable devotion to any cause.

Quite literally a white, male, chauvin(ist) pig.
edit on 9-6-2020 by CoramDeo because: TTT

I have them facing North East.

Here is how I got there. 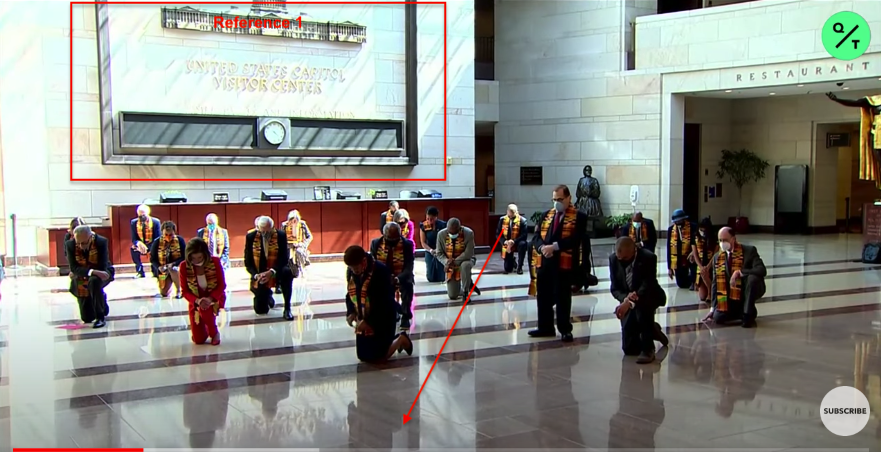 The desk wiht the capitol relief is the first reference 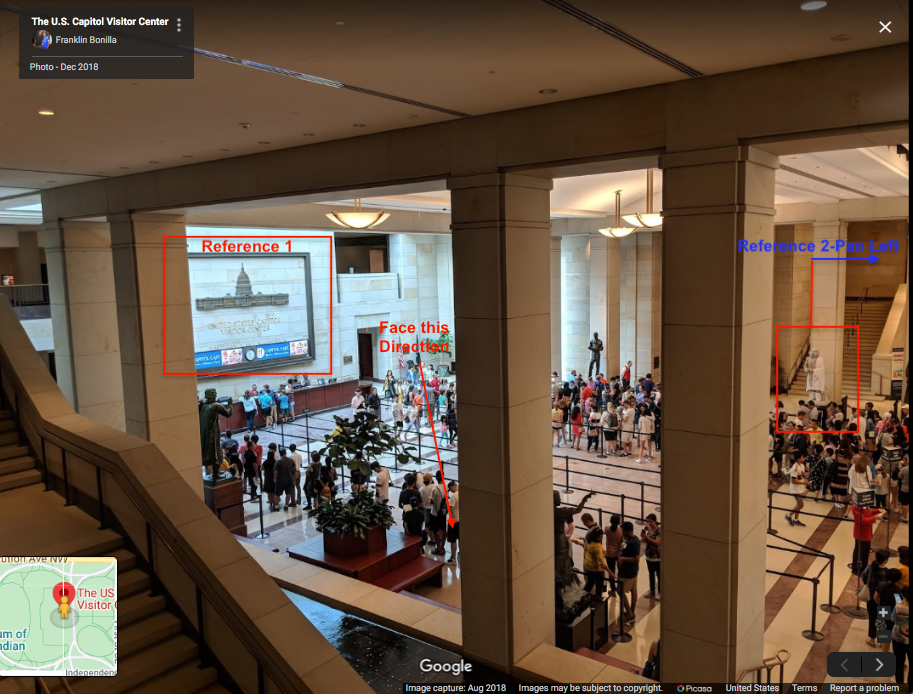 This is solid -- I watched a APR 2020 vid of the visitor center which has the King H statue in the opposite (NE) corner. That's how I ended up with SW. The northern wall of the hall has the same feature you have labeled "Ref 1" on the South. But very solid regardless.


I wonder if the northern wall of the hall does not have the same feature you have labeled "Ref 1" on the South. But very solid regardless

I'm willing to accept that this could be mirrored, in which case I believe it woule be SE facing, non?

I didn't consider that when looking at the pics. 🤨😕

ETA: It does appear that it is mirrored.

Added the vid for reference.

I just did it in my head. You were less lazy. And if the statue moved, you might still be right. Not sure. But facing Freedom and the entrance makes more sense than facing a random direction (to me).

ETA: if they are on the right side of the picture you added in this post, then they are on the North Wall, facing SW towards Freedom. You initially had them on the left of that photo facing NE toward the photographer of that pic. I think the statue of King H places them in front of the North wall of the Hall.
edit on 9-6-2020 by RadioRobert because: (no reason given)

Ahhhhh, the other vid must have been too low resolution to see the tat.

posted on Jun, 9 2020 @ 03:21 PM
link
I think all those Floyd videos are combination of doctored up deep fakes / green screens, poor video quality, intentionally blurred, hobbled together especially any emanating out of msm. Now with more coming out and pics along with an Army of Anons posting their analysis it's near impossible to distinguish and always leaves room for doubt. As the dust settles more will come out or will be forgotten and buried due to next FF psyop event. 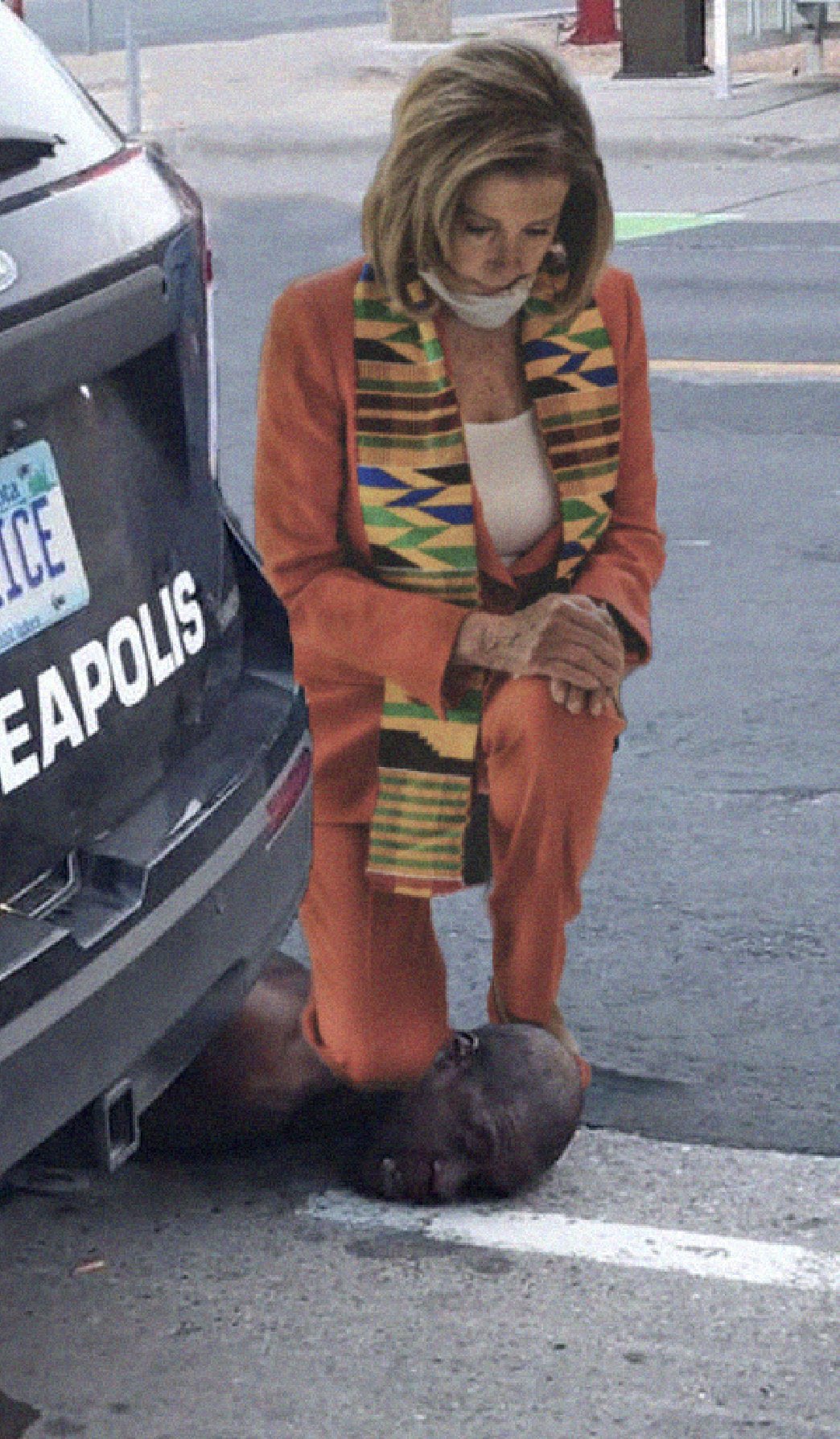 "I don't want to see it, therefore it doesn't exist"

- A leftist's guide to making up bull#.

I want to thank all the peaceful protestors across the country... for doing so much to achieve herd immunity from coronavirus, and therefore doing more to end Covid-19 than all the "experts" and "government" parasites combined. Game over onto next event.

I now look at those citizens wearing masks (especially those while driving a car) as whacko conspiracy theorists. 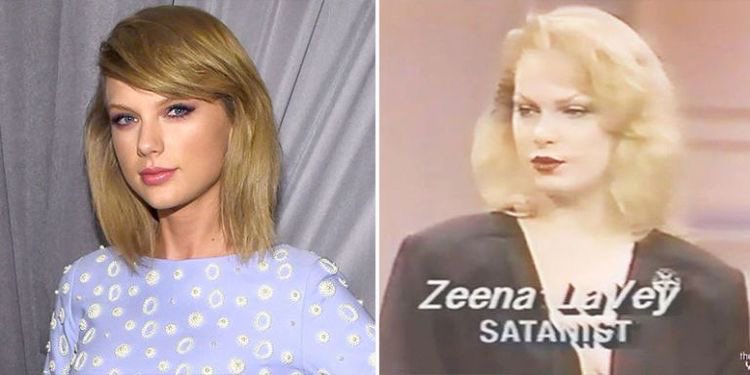 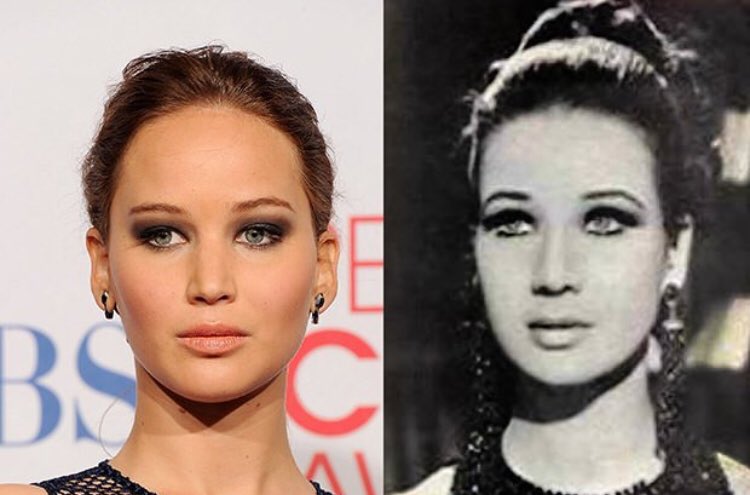 That. Is. Downright. Creepy.

Looks like we are in an episode of Cursed by the Mummy's... .. now were getting down to it !
Yoohoo Rel !
edit on 692020 by MetalThunder because: (no reason given)

originally posted by: MetalThunder
a reply to: Creep Thumper

Looks to me like people have been making deals with the devil.

That is some scary sh*t.

More common then you might think. Many old timey stars have a mirror image actor(s) in modern times. Many with the same ticks and habits. In fact, many patterns are mirrored among current crop too. Part of the reason is less sinister. Folks get a pattern into them - say Clark Gable and overtime casting folks or directors favor that look. They seek out that look subconsciously. Audiences do the same. The other sinister part you are aware of.