Is Anyone Else Getting Sick Of The DemocRATS Blame Game?

page: 1
34
<<   2  3  4 >>
log in
join
share:
shawmanfromny
+9 more
posted on May, 30 2020 @ 01:16 PM
link
DemocRATS will resort to anything to get that senile, incompetent, perverted fool into the White House. Yep, I'm talking about Sleepy Joe Biden, along with all his handlers and wife, who have to hold his hand and lead the way. Even then, he has problems figuring out where to go. No wonder he has to hide out in his basement.

Hmmm, does Jill get into the door that the man is holding wide open for us? 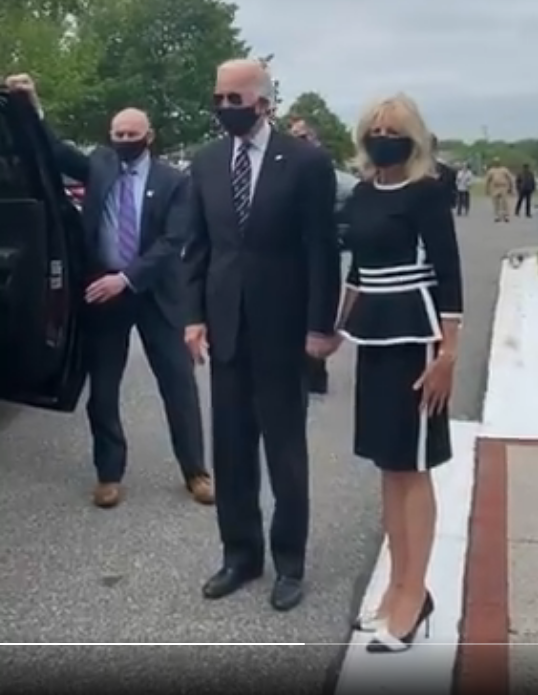 It would seem that the strategy that the Dems and media are using, is to blame President Trump for any crisis that comes along. How predictable! Here are a few examples during the Covid-19 crisis:

Trump's policies are the reason for the high Covid-19 black mortality rate:
...the Trump administration has helped make black Americans uniquely vulnerable to the coronavirus.

Hey, there's another crisis in America. People are pissed off over the senseless killing of a black man by a white police officer.

Democrats love crises...it gives them an opportunity to "start planning for the future," so the Dems are very careful to "never allow a crisis to go to waste,” so it's time to blame President Trump once again.

Some Democrats are offended that Trump has blamed Democrat leadership for the rioting that is taking place in their cities:

“We see the game he’s playing because it’s so transparent and he’s not very good at it. He wants to show failures on the part of Democratic local leaders to throw red meat to his base. His goal is to polarize, to destabilize local government and inflame racist urges. And we can absolutely not let him prevail.”

In the clip, (seen HERE) Lightfoot added, “I will code what I really want to say to Donald Trump. It’s two words: It begins with F and ends with you.”

Of course, Hillary Clinton couldn't wait to weigh in on Trump's response to the rioting, looting and destruction that is the result of George Floyd’s appalling and tragic death:

The president of the United States is calling for violence against American citizens. That is so wrong. We need honest reckoning and reconciliation. If you haven’t already joined the work to replace him in November, start now.

Then their are a few "rich and famous" Liberals, who blame the riots on President Trump, because he's racist, who supports white supremacy.

“After stoking the fires of white supremacy and racism your entire presidency, you have the nerve to feign moral superiority before threatening violence? ‘When the looting starts the shooting starts’???” Taylor Swift shrieked to her 86 million Twitter followers

Not surprisingly, there are Democratic politicians who are stating the same thing. They blame Trump for not caring "about black lives at all."

“We have a pandemic upon a pandemic. This president has been the leader of this country that has allowed black and brown people to disparately die from COVID-19 and to also continue to incite the violence that is taking place through unnecessary disregard for black lives. Black lives do matter. This president has no idea and no clue. I don’t believe he cares about black lives at all.”

"Crazy Max" claims that "the police and white supremacists who think they can get away with killing a black person feel empowered because of "dog-whistling" from President Trump."


‘We’ve Upped the Ante.’ Why Nancy Pelosi Is Going All in Against Trump. “Democrats should not be giving Donald Trump wins that normalize his presidency and give him a set of accomplishments to campaign on,” 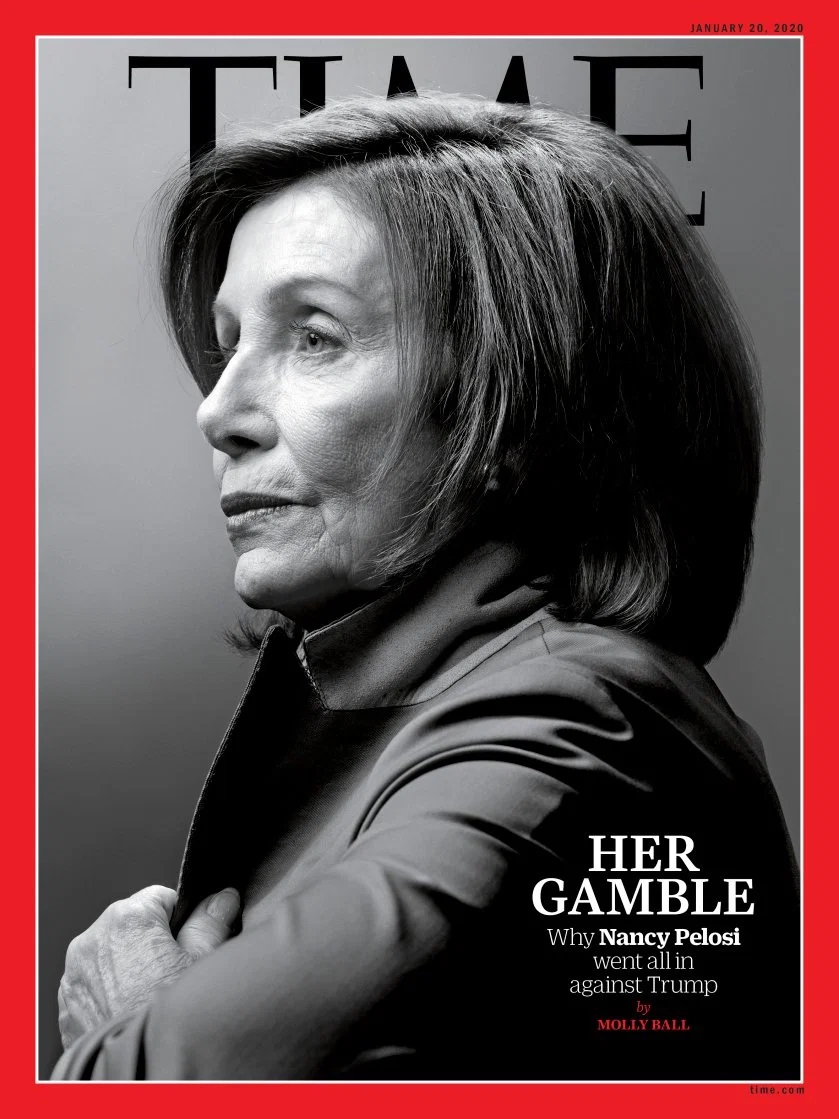 The question I have, is, who the heck will the Democrats "blame" when the economy starts firing on all cylinders, and President Trump gets reelected in November?
edit on 5/30/2020 by shawmanfromny because: (no reason given)

BTW...Jill looks pretty hot with that mask over her face.

posted on May, 30 2020 @ 01:26 PM
link
If you have nothing good to offer you have no other option then to be constantly on the offensive.
It's sad to see and totally puts me off the left.

I’m tired of all the small #.
The name calling is old.
Nothing burgers are being lauded as world changing events.
30 yr old allegations just pop up out of nowhere.

Neither party gives a damn about me.

I’m sick of the games they play instead of actually working together for a common goal.
Maybe the occasional compromise to do the right thing is asking to much from spoiled rotten politicians.

Wow. Trump must be some kind of god if he can cause viruses to become racist.
edit on 30-5-2020 by highvein because: (no reason given)


...... will resort to anything to get that senile, incompetent, perverted fool into the White House.


It's a sad world when that statement cuts both ways in a Presidential election.

DemocRATS will resort to anything to get that senile, incompetent, perverted fool into the White House.

And you sound like you're still battling from TDS.

And you’re still using TDS as if it’s something other than a way to not have to address a comment.

I'm sick of the left right divide in our country. I'm sick of politicians acting like big babies unwilling to sit down at the table and get anything done. I'm sick of the name calling from left to right and right to left. I'm sick of the blame game on BOTH sides.
edit on 30-5-2020 by conspiracy nut because: (no reason given)

If you can't admit and acknowledge that they are both incompetent, senile, old perverts than you might be the one with TDS (Trump Denial Syndrome)

Of course, Hillary Clinton couldn't wait to weigh in on Trump's response to the rioting, looting and destruction that is the result of George Floyd’s appalling and tragic death.

Says the woman who has had several people killed to keep her ass out of prison.

posted on May, 30 2020 @ 02:58 PM
link
Yep, sick of their hypocrisy, denial and constant deflection, it’s pathetic to say the least. I find Pelosi and Water’s as repulsive as they come, can’t stomach to listen to either one of them.

Funny how some people are perfectly fine with being blatantly deceived and straight up lied to over and over, which the dems have done repeatedly the last 4 yrs.... but Trump, muh feelers and such.....

I knew when the riots broke out that the dems were going to be blaming it all on Trump just like the predictable disgusting hypocrites they are. They don’t do jack # besides pointing fingers at anyone but themselves. No integrity, credibility or accountability whatsoever.

.....and yeah I see it on both side to certain degrees but the dems own this # outright in spades.

originally posted by: neo96
Is Anyone Else Getting Sick Of The DemocRATS Blame Game?

I’m with ya there, society in general has become a bunch of entitled pansies. They could save everyone a lot of future grief and just push the button already.

And I am also ready to see violent leftist extremists rioters get their teeth smashed in.

originally posted by: odzeandennz
you can't make this up...I'm blaming the Dems for blaming me.


So do you or any of the other leftist posting here, agree with what Pelosi and Water’s said?