They have it wrong.

posted on May, 30 2020 @ 06:23 AM
link
This is my first try starting a thread, except for short stories, but I think this one is important enough to give it a shot. Please move it if I have put it in the wrong forum.


I have thought about the George Floyd death and everyone has it wrong.

I have looked at the videos. I am not providing links or embedding as we have all seen them and don’t need to see them again. Along with the preliminary autopsy report findings. I am also using personal knowledge of having had cardiac medical problems.

1 Mr. Floyd was talking to the police while still in his car. They removed him from his car to ether further question him or arrest him.

2 At that time, he was frightened and anxious by the encounter with the police but was cooperating. He began having a medical issue, by the autopsy report and videos, and could not catch his breath.

3 The police officer interpreted his difficulty and struggle to breathe as resisting arrest.

4 The officer subdued Mr. Floyd as is policy for resisting.

5 The other three officers involved in the arrest came to the same conclusion as the one subduing him that his struggles were resisting the restraining officer.

6 The officer continued to subdue Mr. Floyd until paramedics arrived.

7 By the time paramedics arrived, Mr. Floyd bad not been allowed to position himself where he could breath easier, or be assisted in this, for too long and the damage was done. There was nothing the paramedics could do at that point. He was not choked for over 8 minutes like they think he was. This is evident by the fact he is heard saying he cannot breathe in the videos and he could move his head a little but not to where he could breathe enough in his condition.

While racism might have been a factor, the main problem that lead to his death was bad police policies, training and possibly an aggressive police officer.

I am not saying that George Floyd would have survived had at least one of the officers recognized that he was having medical difficulty and intervened, but that would have given him a chance that day. The officers followed their training, that is what killed Mr. Floyd.

Anyone in a similar medical situation while dealing with that type of police training could have ended up dead no matter what race. The police are not known for having much medical training and make many mistakes because of it.

Yes, the officers were wrong in this situation but they were trained to act that way. That is what needs to change.

posted on May, 30 2020 @ 07:24 AM
link
Well, all I'm going to say is that regardless of the wrongness of what happened, that does not justify rioting and destroying things. It's disgusting. I'm disgusted with everyone involved.

posted on May, 30 2020 @ 07:31 AM
link
If anyone thinks that I am supposed to interpret the level of outrage as some kind of justification to loot and destroy property, they are delusional. Violence will only get you more violence. Watch as the government rolls over on this and accepts the destruction and allows this behavior because we don’t want to offend anyone. Liberals and the liberal stance on issues like this will rot the country from the inside out. Peaceful protest will get you more than rioting and looting.

posted on May, 30 2020 @ 07:47 AM
link
You seem to be focusing on the result instead of the cause. I agree that the protests are OK but the riots that they have degenerated into are not.

I am trying to say that some police training is wrong and that has caused this tragedy. Mr. Floyd lost his life. Four officers lost there job, one charged with murder. Many areas of the country are a mess and in ruin. All because of someone approved some police training that should never have got past being considered for approval or not.
edit on 5 30 2020 by beyondknowledge because: (no reason given)

I disagree. It was a moral issue when none of the officers recognized the signs of him having a medical problem. He was showing signs when standing by his car.

They should not treat epileptics as drug addicts ether but they sometimes do. They have shot def people for not responding to instructions yelled from behind there backs. Lack of training or wrong training?

1st thing we do learn in Emergency response....is if someone can talk....they can breathe.

Someone choking? Ask if they can speak...if they can, they are breathing. We are all taught that.

Unfortunate, but true. But, physically crushing-holding down and collapsing an esophagus and trachea ...didnt help.
edit on 30-5-2020 by mysterioustranger because: (no reason given)

But I don't see this as a training issue. Evidence suggests that the tactic used was known to the officer. He should then have also known that the technique is dangerous and creates a blood choke.

Blood chokes kill. I won't begrudge anyone not knowing there's a medical issue. But I will hold them accountable for actions they know aren't safe.

But you do not know that he was taught that subduing a suspect that way is dangerous. He may have been taught that is was safe and a good method.

All four of the officers ether did not know this was dangerous to do or were tough that it was safe. To me, this indicates a problem with the training and that means it is not limited to these four officers or the one that actually did the kneeing. The system is broken and needs changing. The mecical issue only increased the danger. Without it, that is still a dangerous procedure.

posted on May, 30 2020 @ 11:15 AM
link
There is absolutely nowhere in the police training for a knee to the neck like that. Nowhere. To think there is. Is wrong.

I find it funny how no one mentions that the cops were telling mr floyd to get up while not removing the knee to allow him up. Also. I've seen one other person bring this up. The badges in the video on thier shirts dont match each other nor the Minneapolis State Police Badge.

Rest In Peace Mr. Floyd. If you are dead. May you burn in hell if your alive.

I had a weak heart muscle due to fluid build up around my heart. I could not walk 20 feet without being out of breath. Through medication and then exercise, I am now pretty much back to normal. When I would get out of breath, I could not follow instructions because my body was only able to struggle to breathe because of the low oxygen level in my blood. This would last for minutes, If at that time, someone tried to restrain me in any way, it would have hindered my breathing and my body would have reacted by fighting back.

I think George Floyd had a similar episode while the officers were arresting him and they interpreted it as resisting arrest. It is an autonomic response. You can talk a little and seem to breathe ok, but you feel that you cant get enough air. Unfotrunitally he was restrained and thus not able to breathe enough to survive even though he was not fully choked for the time he was held down. I think this is what killed him.

If you can get images of all the badges in the video, please do and make your own thread about it. I would be interested in the comparison. I don't know why they would not match in the same police department but I would like proof before speculating on it.

You're correct. I have asthma since birth...and have recently retired from EMT/ Emergency Mngmt for FEMA...this death was needless.

Hey, Beyond K? If we arrived on scene I'd have tackled that cop...at EMS arrival...that patient was OURS...and already cuffed for Gods sake...as in : "Get the F off my patient!"
edit on 30-5-2020 by mysterioustranger because: (no reason given)

It was a simple google search and I'm having a hard time getting the link to the site I saved the picture from but it's in the video and you can easily find it... I wont make a thread on it because I dont have the time, the energy or decent enough writing skills to host a thread. (When I do... it wont be these one and done things.... very rarly does an author partake in thier own thread... you know who you are...not you lol) 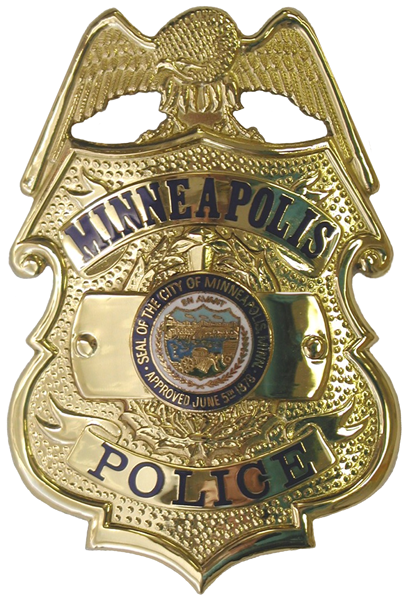 
I could not agree more that this was an entirely needless death. It should never even come close to happeinig.

I am sorry for the timing of your retirement with all that is going on in the world. Please try to enjoy it despite the mess.

Thank you for your work in saving lives.

I'm glad you linked to this in another thread... I somehow missed it when you posted and that's a shame because it's a very worthy thread! (Maybe we can bring it back to life...)

And I agree. In some regions far more/worse than others. One such police training program is called "Killology," another was conducted outside Albuquerque with the Department of Energy (???) at a facility called "Coyote Canyon." These are the ones I'm most familiar with, but apparently there are other similar programs. Some work with law enforcement departments, some are independent but law enforcement officers attend on their own time.

Here are some links if you'd like to read more:

When Cops Break Bad: Inside a Police Force Gone Wild

“Are You Prepared to Kill Somebody?” A Day With One of America’s Most Popular Police Trainers

My takeaway is that what they call "fear based" training is really "Everyone is a threat" training, putting a target on EVERYONE'S back because everyone "might" be a threat to their life, and they're gonna kill first and ask questions later.

No, but ALL police officers are trained in CPR and requited to perform life saving techniques while waiting for EMS to arrive.

Not only did they kill him - but made sure he stayed 'killed' by not trying to revive him.