President Trump says Covid-19 Will NOT Cause a U.S. Shutdown Again.

originally posted by: Vector99
a reply to: chr0naut

This is the way I look at it. I was a democrat for 10 years. I been a republican for the last 10 now. (40 years old). I consider myself a blue dog democrat basically (Conservative democrat- I think I'm the only one). That said, I don't believe a word being spouted by the idiotic democratic leadership, all of the media, (Including Fox, CNN, MSNBC, and whatever other media group), anything coming from any politicians mouth. They all suck in my opinion. Trump is a complete ass. However, and I want to make a BIG HOOOOOWWWWWEEEVVVVER, the democrats have swung so far left, that it is impossible for the middle to find common ground with them. Because of this, While I absolutely despise Trump, I voted for him once, and ironically I will vote for him again. Not because I like him, support his positions, or have faith in him. Its because the democrats are complete and utter morons, incompetent, and hell bent on the destruction of my nation that I love. Put simply, until the democrats swing right, I'm not saying far ring, just stop being stupid, I will continue to vote Republican.

I think the Democrats wanted trump to shut the country down but he saw through the plan and left it to the states.

So they are now trying to take advantage of there shutdown to scam more taxpayers money!

I am totally against this bs quarantine! I'm really tired of all the political bs .

Phew. That’s reassuring. I’m sure most Americans must feel relieved he’s come out and said that as everything he has said about Covid19 and the pandemic are 198% correct and accurate.
edit on 22-5-2020 by noonebutme because: (no reason given)

originally posted by: chr0naut
a reply to: carewemust
He also said it would go away and wasn't a problem.


It is going away, and it hasn't been a huge problem - except for the insane people demanding the shutdowns.

He says lots of doubtful stuff (like the sound of windmills causes cancer). He is silly.


originally posted by: carewemust
President Trump wants Americans to know that there will be no need for over-reacting next time. The U.S. will remain open and functional.

Phew. That’s reassuring. I’m sure most Americans must feel relieved he’s come out and said that as everything he has said about Covid19 and the pandemic are 198% correct and accurate.


And of course, the virus knows better than to disobey Trump and make him look stupid.

Trump can bloviate all he wants, but if a second wave hits, history tells us that it will shut the country down. 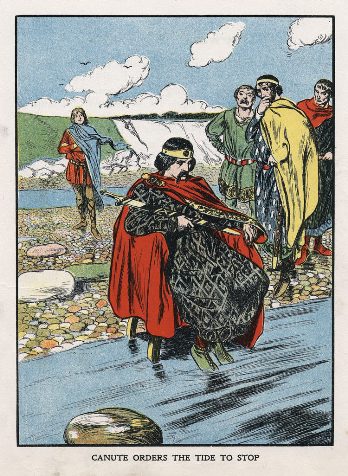 originally posted by: carewemust
I don't think "the fear will be there" for people outside of major cities. And even in major metro areas, 90% of the deaths were people over age 60.


And while I'll probably be slammed for pointing this out - since a large number of those who are most susceptible to dying from this thing will have already died, there will likely be far fewer deaths.

Unless, of course, there really is some kind of unknown secondary payload that will target the healthy in subsequent waves. Possible, but unlikely. Regardless, I have plenty of Liposomal and IV Vitamin C in stock for family and friends.

Correct: President Trump allowed each state to determine when it shut down, and also when it re-opens.


Couldn't lawfully be any other way. The Federal Government doesn't have the authority to shut down the whole country.

Trump should have come out and acknowledged this, and simply said that the Federal Guidelines were just that - guidelines, and it was up to the States to do as they wanted.

That said, the guidelines were - and still are - pure BS. All of them, except those that are targeted directly at those at most risk (ie, locking down old folks homes, suggesting old folks stay isolated, etc).

No need for over-reacting next time?

I'd propose that "next time" is a lot closer than we think; and the overreaction is already starting.

Over 1.5M have tested positive for the disease; the actual number higher than that; and 100,000 people have died during the first wave "over reaction".

Now hospitalizations and death per pay have dropped significantly in hard hit areas and less hard hit areas are not seeing the same overwhelming number of cases. As a result people are starting to feel more comfortable. If the traffic noise outside my house right now states; the panic is over.

What is a government to do? Find a new scary thing to fear monger with?

The culprit of all the caution concerning minors is a newly emerging inflammatory condition in children that is believed to be related to COVID-19, Cuomo said.

"This inflammatory syndrome is more frightening than COVID respiratory illness in some ways, because it inflames the heart," he said. “We know it exists. We don’t know how far widespread it is. But the more we look, the more we find it."

That’s the theme — safety and safety,” [Robert Dillon, superintendent of the regional Nassau County BOCES] said. “The governor has said we’re going to go with the science, and science will tell us what to do.”

Dillon added that BOCES systems statewide, led by his organization, are polling parents to gauge their attitudes regarding children’s possible return to school, and have reached about 26,000. Results will be released in the near future, he added.

Be afraid be very afraid... Covid-19 didn't get you but its going to burst the heart of your loving children.


What's a parent to do? Its a lot easier to be bold when its your parents life, maybe your life, you are gambling with. Its a whole other story when its your kids or gand kids who will pay the price for your actions.

originally posted by: Gnawledge
One can hope.

ETA: Also, hasn't Trump delegated all of these shutdowns to states? So, is he planning to take control now in this 2nd wave?

As well he should have and should again.

One of the issues as I see it is that a one size fits all approach was a mistake.

NY for example should have shut down weeks earlier.

The US is a big place; Disease will develop at different speeds at different times. To think the Feds can best deal with such a situation is a mistake.

The Feds should be used for what they are good at; bulk buying and interstate regulations (or easing of such).

States and even local governments should decide what is best for the people they are much closer too.

You should start reading unbiased American news if you want the real story and not look silly.

Democrats are cruel and selfish, but they wouldn't stoop so low as to blame the next round of Covid-19 deaths on President Trump, IMO. Nobody would believe them.

Never underestimate their ignorance in their time of utter desperation.

Wrong. Less than half of a percent have contracted the virus, and after hitting 90,000 supposed deaths from it last Saturday, we're only at 95,000, or two hundredths of 1 percent.

How is the sound of windmills causes cancer and injecting disinfectant taking things he says out of context and silly?
He also said Covid 19 would just go away, I bet that was out of context too!?!?!

He also said it would go away and wasn't a problem. He says lots of doubtful stuff (like the sound of windmills causes cancer). He is silly.

Technically, on ATS you have taken over the role of Silly.

No. Silly serves no purpose but to troll. Chronaut is an asset when it comes to science and technology. I just wish he would stay the F. Out of American politics.

Literally everything Trump says is either a joke or taken out of context. Except when it's not. In those cases it's for me to decide and for you to accept.

You're not the only one. I am in the same boat as you.

And a stable genius knows all there is to know on Covid and windmills that cause cancer.

originally posted by: Kurokage
a reply to: tanstaafl
"No, people who take things he says out of context or not as intended are silly."

How is the sound of windmills causes cancer

Since I haven't seen the original source that you are apparently misquoting, I can't comment...

and injecting disinfectant taking things he says out of context and silly?


Because Trump didn't tell anyone to inject disinfectant. Hr asked a questikon, and used the words 'somethinglike'...

I'll just point out the irony of your taking it out of context in your very argument...

He also said Covid 19 would just go away, I bet that was out of context too!?!?!


It will. It is going away as we speak - just like the flu does every season...


How many people remember the second wave of H1N1?

How many people even remember there was an H1N1 pandemic?

But H1N1 (which still claims lives regularly) did not occur in such a crass Social Media-driven world. We'll all remember THIS pandemic, that's for sure - the unprecedented global over-reaction to it and attendant economic cataclysm will likely to be a subject for eternal study by future historians, with some degree of amusement.

However, it's not amusing to actually live through the farce as it happens. In fact, I sometimes feel like Randle McMurphy staring around at a prevalent cuckoo's nest of hysterics and petrified sheep.