originally posted by: Arnie123
a reply to: Gryphon66

You're essentially saying that the states were using this Coronovirus epidemic as somewhat of a "litmus" test to see just how far their power can extend, hence, some of the overrreach we are witnessing in some states, like Michigen.

All of the States. And the Feds.

Yes, I'm saying that they have been waiting for something like this to break out. It's easy to believe that COVID was manufactured and disbursed, but that would require a unified effort that I don't think these statist idiots could manage.

Nope, they knew this was coming, late or soon. EVERY State and EVERY Governor has used this to "test the limits." Every nation on earth in someway or another.

Their constant and greatest concern is how to manage all of us. Because tehre are a whole lot of us, and only a few of THEM.

originally posted by: neo96
You really did just say that.

I did say that because you don't need to be a doctor to agree with them, it's common sense. Some of us have that, others, not so much.

Nope, I didn't tell you hat couldn't be here, I'm not an authoritarian loving lapdog, I'm saying your dopey logic would preclude you from commenting.

originally posted by: Gryphon66
I don't know if a suit would do it ... they've got a taste for it now.

Maybe a concrete suit then and a free trip into the Atlantic.

First someone says this.


If that were the case you shouldn't be here.

Then they say this.


I'm not an authoritarian loving lapdog, I'm saying your dopey logic would preclude you from commenting.

Make up your mind already.

originally posted by: neo96
Make up your mind already.

More like you want me to make up your mind since you're the one who said it. I understand these topics can be confusing to the hamster on the wheel spinning around in your head but that's okay, we'll help you through it.


originally posted by: Gryphon66
a reply to: AugustusMasonicus

... not to mention the practical application of the nascent "police power" at both the Federal and State levels ...

Yeah, police enforcing non-existent laws about who can go where and do what. They all need to be sued civilly so the memory of this overreach is seared into their pea brains.

against Police who overstepped their bounds

against every single person who deprived citizens of their constitutional rights

Then vote for whoever runs against those who abused their power and overstepped their bounds after the initial 2-4 weeks that was intended to keep hospitals from being over run, and it did. Beyond that sue their underwear off too and if possible take them to court and get them landed in jail!

The Feds are not without blame.

I'd like them to be personal civil suits so the taxpayer is not on the hook for the payouts.

posted on May, 21 2020 @ 10:24 AM
link
As a people, we are going to have to address this unwritten, uncontrolled concept of "police power" or they're going to do this over and over again.

Both parties responded to this by facilitaing the lockdowns.

Controlled opposition only started up again we THE PEOPLE started chaffing at the reins.

Anyone who wants power over YOU is a psychopath.


More like you want me to make up your mind since you're the one who said it.

That would be a cold day in hell.

posted on May, 21 2020 @ 10:27 AM
link
So after reading the OP and the thread, I'd have to say, the OP could have done a better job editing the title, IN NO WAY DO "MD's blast Trump", that's sensationalism and nothing more.

If anything, they start off by Thanking and Congratulating Trump on his leadership and immediately get to the point, which is, losing your job and economic downturn can also be detrimental to ones health and serves as a negative multiplier for those needing to recover, Coronovirus or not. That continued shutdowns would lead to generations of continued obesity, alcoholism and a generation of young Americans only knowing Poverty, unemployment, financial instability.

Already we are starting to see some consequences, people are getting FAT, others are relying off State and Gov assistance as it provides more than a job right now, despair and poverty for those who can't manage themselves and the like.

They finishing off by offering their assistance in the matter on, presumebly, getting the Fed to pry open the States for business.

All I will say, is there a chart of Dem/Rep states that show who is open who isn't open in correlation to Coronovirus stats?

Let me help you understand. Since I can't draw my reply in crayons for more assured absorption by you I will use pictures. 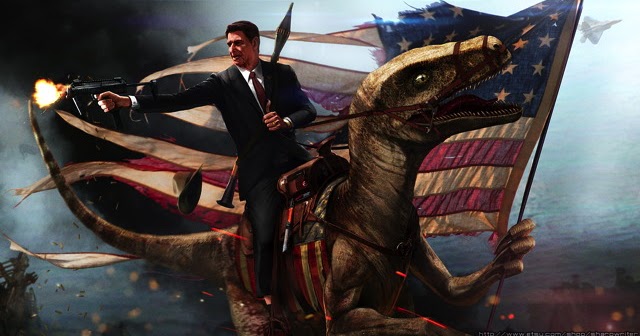 Those of you who think those doctors are 'quacks' for having that opinion look like this: 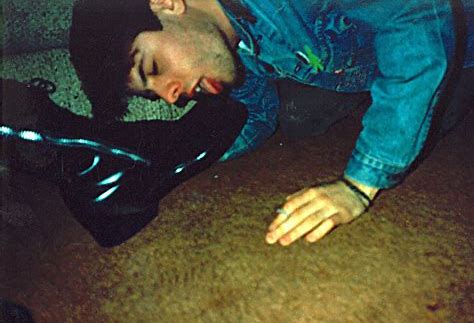 I don't care who profits

Personal lawsuits are definitely the way to go

No Otrollyone LET ME help you understand. 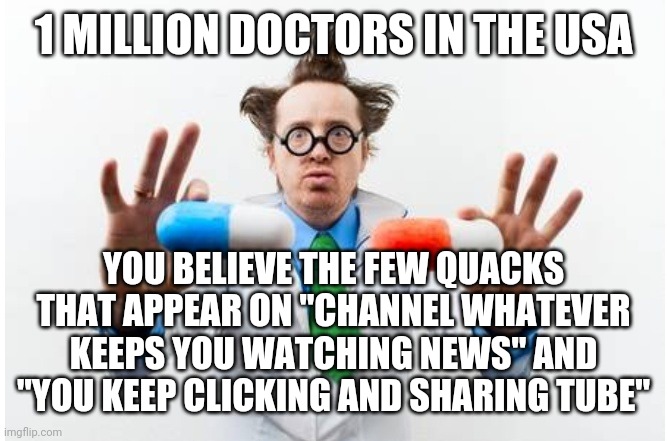 They probably each have 1 patient.

Thanks for the letter.

It's amazing they found the time to write a letter considering the 'pandemic' and all.

I'll believe any doctor that is opposed to the shutdowns including, but not limited to, Dr. McCoy, Dr. Mengele, Dr. Feelgood, Dr. Zhivago, Dr. Seuss and Dr. Phil.

Anyone, and that means ANYONE, opposed to the shutdowns is good and anyone who disagrees with those people is a big government stoolie who needs to fall out of a 12 story window onto some monkey feces-covered spikes. Dull ones.


Anyone, and that means ANYONE, opposed to the shutdowns is good and anyone who disagrees with those people is a big government stoolie who needs to fall out of a 12 story window onto some monkey feces-covered spikes. Dull ones.

if you say so