originally posted by: burdman30ott6
Elections have consequences. California (and any other state dumb enough to elect someone based on how many handouts and freebies they promise their Kept Voter base) needs to deal with those consequences, themselves. Perhaps a curb stomp of austerity will teach them a lesson and they won't repeat the errant behavior of electing socialists and progressive conmen.

Only if the election was conducted legally. How many of the areas in California actually get their voices heard during an election? What are the demographics of those vote control areas? And most importantly for this election, how many homeless are reported as being in those areas?

Define 'falling off'? When Jerry Brown took office in 2011 Schwartz had ran up a 27 billion dollar deficit. By the time Brown left office CA had a 30 billion dollar surplus. Hmmmm. In 2019 CA still ran a surplus and had record unemployment. Soooooo CA still gives back a ton more than it takes. Truth is truth. CA gives, and other states take.

Remember when the Republicans cared about deficits/spending? Pretty hard to start acting like they do all of a sudden after the sideways looking that has gone on with Trump's runaway spending. And gimme a break, any of those 'Republicans' that were at higher level positions in CA would be run of of the Republican party now for being far too 'liberal'. I mean Reagan might as well have been a pinko commie (in addition to actually being a traitor that should have been ousted for treason).


In 2019 the surplus was a combination of the 25% budget decrease that passed in 2014 (Schwartz did that) and a projection of anticipated tax returns that did not materialize.

From the same people that projected that California will fall off the cliff financially from 2019 and beyond because of the high cost of living, a net decrease in population and businesses because of the tax structure and the crash of California's pension system.

That was before the virus.

According to your current leader type.

Let's face it, if California slid off into the ocean tomorrow America would be a better place...

They only thing a normal person would notice is that movies would get better and their vegetables would come from somewhere else and be cheaper.

ETA... so Ronald Reagan, the President that won our Cold War against a communist nation, is a "pinko Commie" to you?

I sense some projection going on here...

Somebody having a better-paying job than I do (California's budget is many times the size of Alabama's), with more than I have (California is a much wealthier state then Alabama), going out and getting hopped up on crack and meth every night (illegal, as in illegal aliens), and then demanding I help pay for their lifestyle!

The answer is NO!

1) Undocumented WORKERS contribute considerably to the local economy and TAXES.


Not legally, they don't.


I don't care. They are not here legally.

3) They lost their jobs too.


Good. They do not have the right to work here in the first place.

4) What is your problem? Maybe they ain't white? 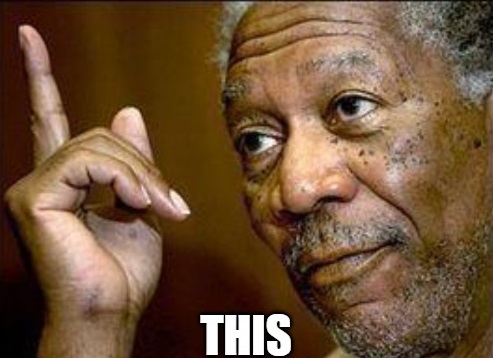 posted on May, 21 2020 @ 01:51 AM
link
a reply to: shawmanfromnyOnce again a media tool,they get a fish to take bait,use common sense,who pays most federal taxes,and refused Fed help,the one state that had the 4th largest,more of media leading away from true picture

originally posted by: FyreByrd
1) Undocumented WORKERS contribute considerably to the local economy and TAXES.
2) They have bils to pay too.
3) They lost their jobs too.
4) What is your problem? Maybe they ain't white?


We now have record unemployment.

Legal American citizens should NOT have to compete with law breakers.

posted on May, 22 2020 @ 02:02 AM
link
a reply to: shawmanfromnyAnother idiot using media to get points,always a fool thousands of miles away wearing mask locked in rat hole apt,why not use your time to verify,rather then order in food

And their reason is super racist.

Democrats look at illegals as uncivilized pet projects.
These are people who just don't know any better and need to be educated. So any crime or error they commit doesnt matter because they haven't been civilized yet.
And the dems will teach you how to act.

Also since slavery eneded , the Democrats have been constantly looking for the next cheapest but somewhat legal manner of slave labor .

Democrats use illegal for work that's the only reason they are let in.

posted on May, 22 2020 @ 12:20 PM
link
California is a joke. People struggling to make ends meet while making 25 dollars an hour! There is just so much wrong here. I'm temporarily here cuz my family is here. One year from now I am so out.

originally posted by: FyreByrd
1) Undocumented WORKERS contribute considerably to the local economy and TAXES.
2) They have bils to pay too.
3) They lost their jobs too.
4) What is your problem? Maybe they ain't white?

Man it must suck to always judge people based on the colour of their skin instead of their actions... how do you live with yourself? After all you were the one who brought skin colour to the table, so that must be how you define people. For the record, white people can be undocumented workers too.

posted on May, 26 2020 @ 06:16 AM
link
No, not all illegal immigrants pay taxes. Why do they not want citizenship? Why do they prefer to steal someone else’s social security number?

I think you are stuck in your own morality auto response, you don’t get it and someone else explained if you cry racism at white people you will never be wrong.

was that a bare ass spanking you gave FyreByrd, or through the jeans. which ever one it was it had to burn lol.