You are supposed to call the wild boar police, shelter in place and wait until someone with a gun comes to save you when they feel like getting there and dealing with your emergency. But keep in mind it is much safer if you can inform them that the boar has gotten bored and walked away...


The US totals are a clear indictment of American gun culture, showing that many are failing to use guns responsibly and identifies that many Americans place a low value on human lives.

What a load of horse snip.


The Small Arms Survey stated that U.S. civilians alone account for 393 million (about 46 percent) of the worldwide total of civilian held firearms.[2] This amounts to "120.5 firearms for every 100 residents."[2] 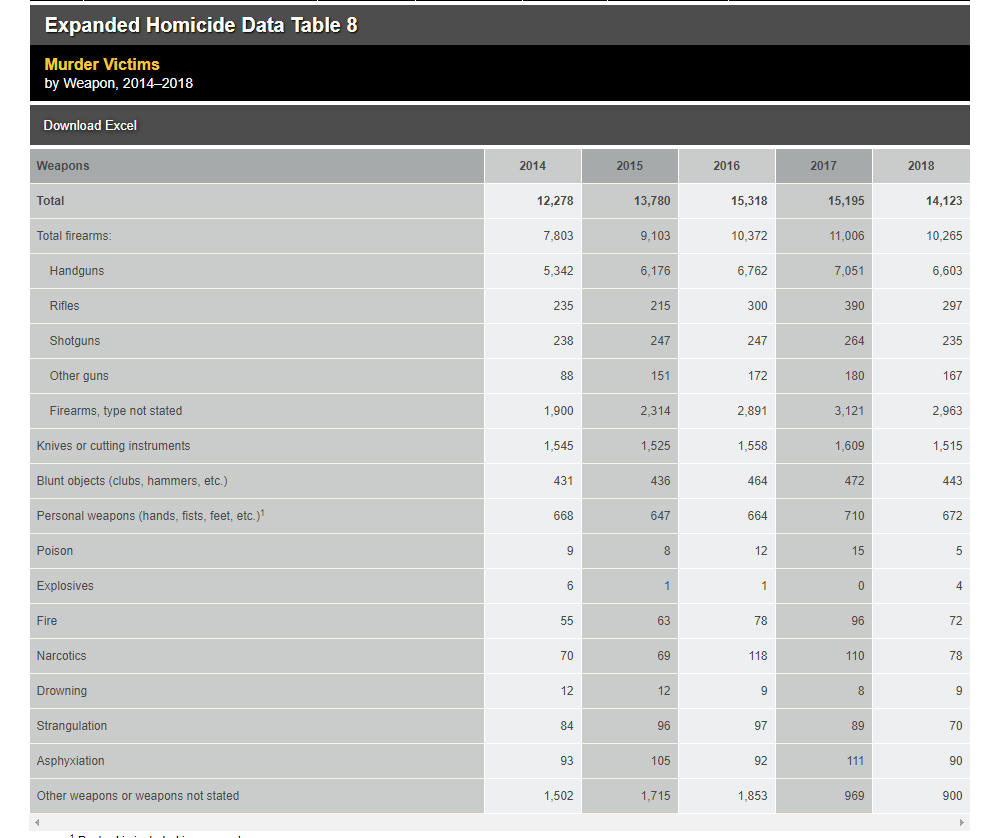 originally posted by: neo96
I really do not like people that LIE.

And total firearms is 6x that of knives...


Someone seems to be.

Your own post I replied to shows firearms are used on more than 6 x as many homicides as knives.

He must own all of them, since he is so sure of gun control. One cannot control that which one does not possess. I can't control the idiot driving 80 mph through town; I am not in possession of the car. He is.

Let's call it what it is: gun regulation. Gun control is being able to hit one's target... a difficult task when one does not own a big, scary gun in the first place. If we had more gun control, there would be less accidental shootings.

I fully support gun control. I think ammunition for target practice purposes should be free, in the interests of enhancing gun control.

originally posted by: TheRedneck
a reply to: Lysergic
I think ammunition for target practice purposes should be free, in the interests of enhancing gun control.


Hear, Hear! My 9mm is up to almost 1.00/rnd for decent high grain PP ammo, and you gotta practice with what you play with. I like sticking to the same ammo I am gonna carry, so I know how the gun reacts to that round and grain level. That is starting to get pricey!

The majority of fireams 392 some odd million firearms aren't used to kill anyone.

If you used a source to support your point knives are used to kill more people than shotguns and Rifles.

How many knives are in circulation...

The majority of in this so call gun culture don't hurt anyone.

There's a GOD DAMN LAW that says people can't do that.

But that law doesn't work so we have to pass another law.

That reminds me of something I once heard... trying to remember... something about doing the same thing over and over and expecting different results... oh, well, I guess it wasn't important.


But that law doesn't work so we have to pass another law.

Government is us, and they're doing things right.

Pretty much every civilized country does.

So they punish people for doing no wrong.

They institutionalize discrimination.
edit on 20-5-2020 by neo96 because: (no reason given)

Kudos to you for practicing your gun control!

I wish everyone was so responsible.

OK, you just confused me. Maybe it's time we started practicing speech control.


originally posted by: AutomateThis1
a reply to: 727Sky

Let's wait and see what Chronaut has to say about this.

He’ll turn it into an attack on Americans?

Not Americans, just the gun nuts.

The "gun nuts" here are the ones keeping our government from taking over every aspect of our lives and defending ourselves from criminals. We'll keep ours, thank you very much.

posted on May, 20 2020 @ 10:40 AM
link
Oh Lordie. Another misuse of statistics. Gun crime has risen in NZ because people are arrested in possession of illegal weapons, not because they are out and about shooting at their neighbours. The homicide rate in NZ is still insignificant in comparison to US, which remains high.

Trying to justify the US gun culture, alongside the pile of dead bodies and misery caused because of it, is a tired and pointless thing to do. Some of you Americans (not all, because many Americans abhor guns and the associated violence) want your guns, so that's your culture. Most other developed nations don't want assault weapons in circulation and don't want to have to live in daily fear, including "concealed carry" just in case.

I come from a "disarmed" nation - the UK - where there are 2 million licensed guns. There is low gun violence and no gun culture, with the exception of wannabe gangstas who use pretend guns. Very few people are ever shot by the police, who are themselves un-armed , and very few people shoot others. I am quite happy with that. Different countries and different cultures. NZ did the right thing, for the right reasons.